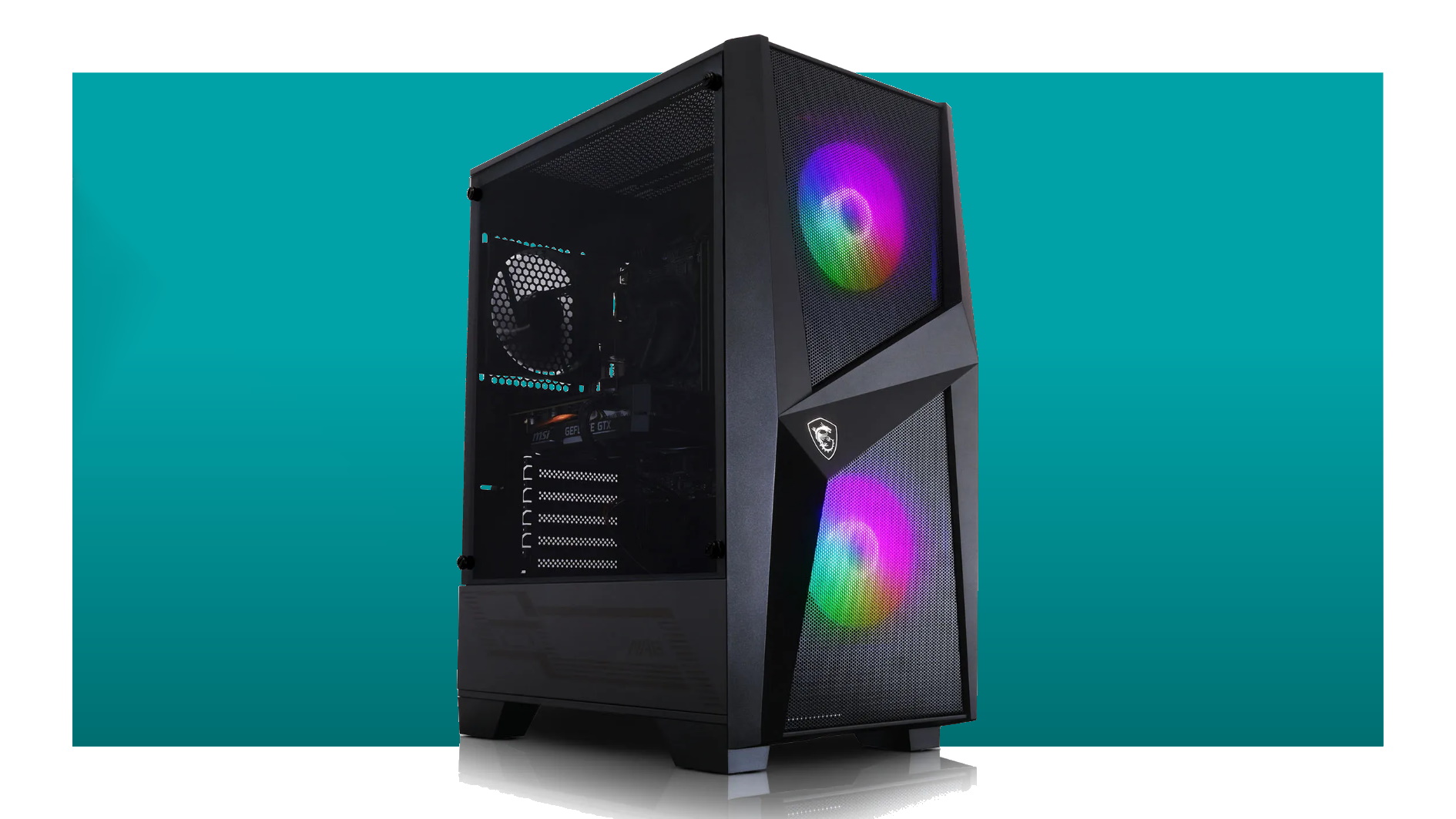 Graphics card pricing appears to be returning to something like normal, and that means full PCs are returning to sensible pricing levels too. This GeForce RTX 3060 gaming PC is a good case in point, offering up some choice hardware for a thoroughly reasonable £860. AWD has also managed to throw in an MSI bundle too, which means you get a keyboard, mouse, mousepad, and a set of headphones for your money as well.

There have been a few of these deals coming through lately, but for the most part, you’ve had to settle for a last-gen, or even older, CPU for your money. That’s not the case here though, with Intel’s latest 12th-gen Core i5 12400F providing the brains of the operation. This is the F version of the CPU, so lacks an iGPU, but otherwise is identical.

This is a quality CPU that provides plenty of grunt for your games and more serious work, with a max turbo clock of 4.4GHz across its 6-core, 12-thread architecture. These are all performance cores as well, none of Alder Lake’s E-cores here.

The main pull of any gaming machine is the graphics card of course, and the RTX 3060 you’ll find in this system is the MSI Nvidia GeForce RTX 3060 12GB Ventus 2X edition. This is a beefy twin-fan card with a smart-looking backplate. A quick look round reveals that such a card would cost you more than half of the overall asking price of this machine right now, so you’re looking at a decent starting point even before considering the rest of the system.

There’s nothing obviously missing from the spec either, with a healthy 16GB of DDR4-3200 RAM and a 500GB NVMe SSD in there too. You’re even looking at a decent MSI B660M-A motherboard for your money too. If you rely on wireless networking to connect your PC to the internet, then it’s worth switching the motherboard over to the Wi-Fi version for an extra £20. That will net you native Wi-Fi 6 and Bluetooth 5.2 support.

One thing worth noting is that there is an option to add a monitor to your purchase too, and there are plenty of options available from the drop-down list to pick from. Prices start from as low as £120 for a 1080p screen, but there’s everything from 4K panels to ultra wides in there as well.

Definitely worth considering if you’re rocking an older screen.

Either way, this is a lot of PC for the money. And while it isn’t technically on offer, you’d do very well to find anything even remotely in its price range packing this good a spec. The fact that you’ll be able to upgrade this fairly easily down the line means it should last you for a long while to come as well.