HMD Global announced three new smartphones and a tablet at IFA 2022: the Nokia X30 5G, Nokia G60 5G, G31, and T21 tablet. The four products span a variety of price points from the mid-tier to the ultra-budget-friendly. All fine handsets but the more interesting development was the debut of HMD’s eco-subscription model called Circular. We sat down with HMD Global Head of Product Proposition, Adam Ferguson, to learn more about it.

At its basic level, Circular leases you a smartphone for a monthly fee, costing between £10 and £25 (~$12-$29) depending on the model. Furthermore, HMD takes responsibility for the phone once you’re done with it, either cycling it back through the program, donating it to charity, or completely recycling it. The kicker is that you earn “Seeds of Tomorrow” to spend on good causes, such as planting trees or providing mobile connectivity to places in need. The rewards increase the longer that you keep the handset. It’s a novel new way to pay for a phone, especially if these causes speak to your personal concerns.

“People buy a Nokia phone because they want to keep it for a long time and because they want it to last” begins Adam, before explaining that Circular came about from wanting to reward customers for, “doing something they already want to do anyway.” Paired with the Nokia brand’s focus on sustainability and multi-year eco-partnerships with brands like Ecovadis and Ecologi, Circular attempts to blend its dedication to sustainability with what HMD views as growing consumer demands and newly possible subscription models.

Circular reinvents the smartphone purchasing paradigm and puts sustainability at its core.

While the appeal is clear for the extremely eco-conscious, Circular has its work cut out to prove that subscriptions and rewards are the business model of the future, let alone prove it can successfully tackle the industry’s growing e-waste problem. 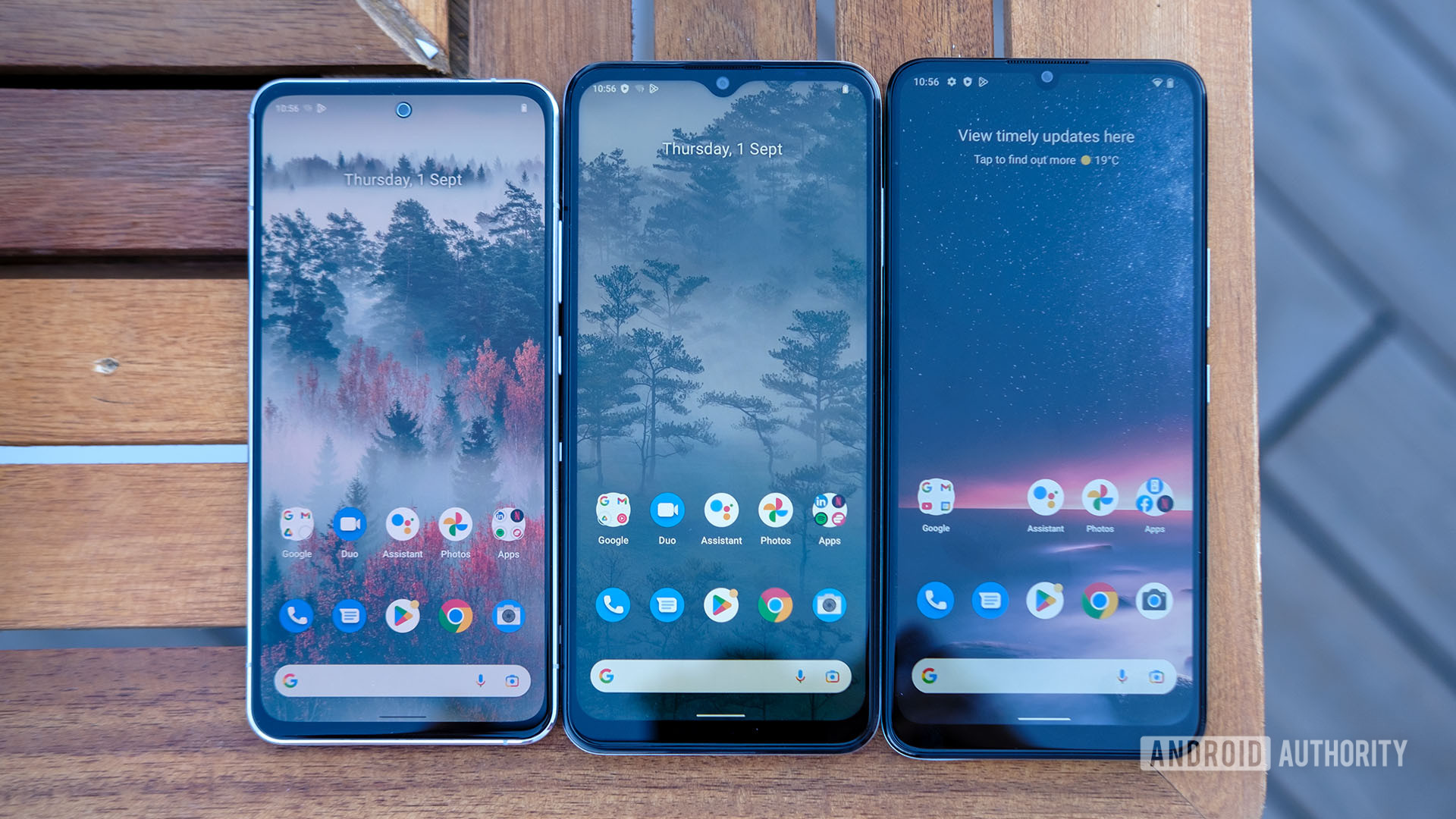 For instance, Circular charges a premium compared to an outright purchase. Picking up the Nokia X30 5G for €30 a month (~$29) and keeping the phone for its full three-year update cycle would cost €1,080 (~$1,075) for a phone with a €529 (~$457) retail price. That’s a tough pill to swallow for those who demand maximum tech for their buck and certainly breaks with the traditional payment models customers are familiar with, especially as there’s no road to actual ownership of the product.

However, it’s perhaps unfair to view the cost entirely in terms of a hardware investment. “If something goes wrong, you can just phone up, and it’s going to get replaced,” Adam explains, “we’re going to look after you.” HMD will replace a lost or broken handset twice before asking questions, even for its cheaper models. “We’re trying to put as big a warranty as far down into our range as we possibly can,” he elaborates. By comparison, other manufacturer insurance policies, such as Apple Care, can cost hundreds, with notable deductibles to pay if you actually need the service.

Read more: What are your best options for phone insurance?

Although Circular’s warranty is great for peace of mind, it’s not the complete solution for keeping phones in use as long as possible. For that, consumers need easy access to affordable repairs, or better yet the right to repair devices themselves, but those causes don’t easily align with a subscription model. The elusive removable battery wouldn’t hurt either. HMD says it might have more to announce on that front next year. Here’s hoping.

“You might be planning to keep a handset for three years … but what if you can’t afford that anymore?” Adam highlights that Circular is a flexible subscription too. After the first three months, subscribers are free to leave, upgrade, or downgrade their handset. Adam continued, “obviously we want them to keep the individual phone for longer, so that’s what the incentives are for. But if they want to change, they have to be able to do that.”

Circular offer subscribers a degree of freedom that’s hard to find elsewhere. If we can’t have a proper right to repair, perhaps a right to return is the next best thing? Safe in the knowledge that a device we no longer need will be given a new lease of life or recycled properly.

Still, that’s potentially the core drawback of the Circular model compared to more common subscriptions; you’ll never own the device. You can’t trade it in, sell it, or pass it on to a friend when it’s time to upgrade. You’re investing in insurance, “seed” schemes, and the promise of recycling down the line rather than hardware that’s actually yours. However, that presents HMD with the opportunity to guarantee what’ll happen to the device once you hand it back in, because it technically owns it.

The best new streaming movies this week: Here’s what to watch

Circular covers subscribers for their insurance and ecological concerns.

While other manufacturer return and trade-in schemes exist, they don’t always guarantee what will happen to a device. “We will guarantee that, if it’s at the end of its life, it gets recycled,” clarifies Adam, “or if it’s not and it could be useful somewhere else, it will go and do that.” Reusing and recycling handsets are an important component of tackling the e-waste issue and a core part of Circular’s model. Of course, there are plenty of non-subscription methods out there that allow you to donate or recycle that old mobile phone instead. 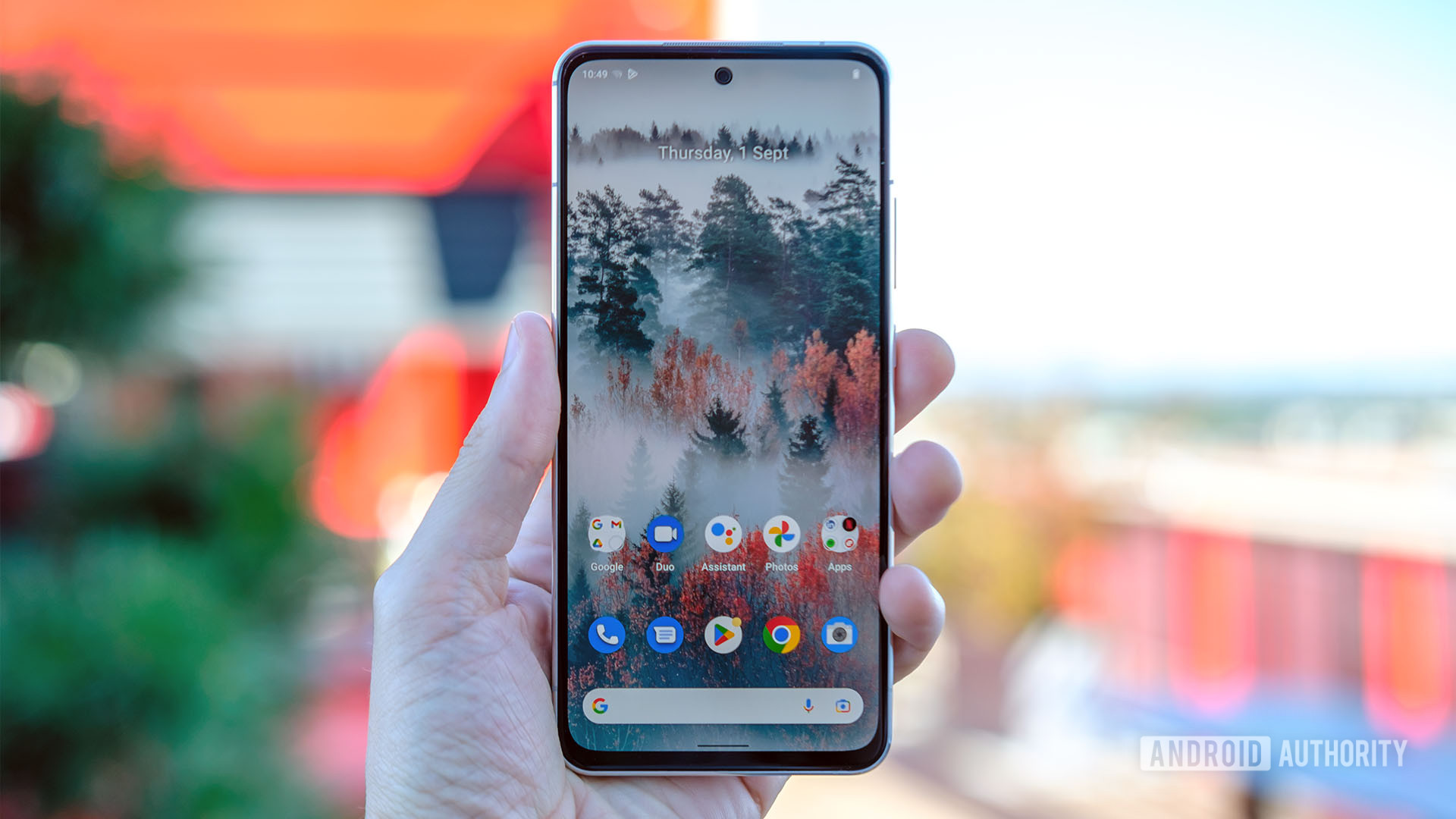 Then there’s the cause of updates, of course. Three years of OS upgrades and security patches for the X, G, and L series is acceptable but hardly the best in the business. But just two years on the lower-end C models is obviously far below what’s required for secure long-term use, making the eco-conscious angle somewhat redundant. HMD acknowledges that updates are important but it hasn’t had the best track record in terms of timeliness. In fact, the company doesn’t seem to agree — based on its internal data — that updates are necessarily a barrier to consumers using their devices for longer.

“People hold on to devices for different reasons … some are holding on to an X series device for the very reasons that we’re talking about in Circular,” notes Adam. He also suggests that customers may be holding on to lower-end C series devices simply to avoid the cost of buying another device, particularly in different markets. While likely true, that’s shirking the responsibility to keep customers secure in the very long term. There’s clearly a limit to the update resources HMD can throw at its very budget products, but the long-term revenue generated by a subscription model should allow the company to go that bit further.

Security updates are a huge component of long-term support and HMD could do a bit better.

Updates aside, HMD Global’s eco-conscious subscription model feels like a solid start, especially compared with increasingly popular but comparatively lightweight eco-claims, such as paper packaging and ditching a boxed charger. Still, Circular is a very different way of thinking about smartphone ownership, or lack thereof. It’s not going to suit power users or thrifty customers, and HMD’s subscription surely can’t align with the noble goals of right to repair. Instead, it’s for those after a simple end-to-end option that includes an extensive warranty, addresses some sustainability concerns, and gives something back to good causes.

“We’ve tried to keep the consumer and their needs right at the very heart of it,” notes Adam. “This is a new way to buy phones, that they can have devices returned, and massively cut down on waste. It will make a demonstratable difference over the long term.” Time will tell if HMD is on to something here.