BGMI is amongst India’s most famous battle royale games available on mobile devices. The game was released as the country’s version last year. Since then, the game has leapt in height in terms of popularity. Therefore, the esports scenario has obtained a great boom.

The ongoing BGIS 2021 is the most prestigious tournament and is an official event. It has given us previously unknown names. TSG Daddy is one such name that has impressed critics and pundits of the Indian mobile gaming community.

Daddy’s repetitive clutches in the tournament have made him a force to reckon with in the upcoming future. As a frontline assaulter, he has managed to help his team, Team Supari Gang, reach the Grand Finals of BGIS 2021.

Despite being a professional BGMI esports athlete, Daddy’s grind in the classic matches is reflected in the ongoing Cycle 1 Season 3. He is currently ranked amongst the top 9.00 percent of the players in the community. He is currently placed in the Ace Master tier with 5196 points and needs to earn four points to reach the Ace Dominator tier.

Daddy has played a total of 415 classic matches this season and has managed to win 53 of them. He has reached the Top 10 in 254 matches and has accrued 2237 finishes in the process. His F/D ratio for the season is 5.39.

He has dealt a staggering total damage of 303551.4 with 731.4 average damage. With 26 finishes and 3181 damage in a single match, Daddy has shown his assaulting skills in the classic BR matches as well. Moreover, he holds an impressive 18.2 headshot percentage. 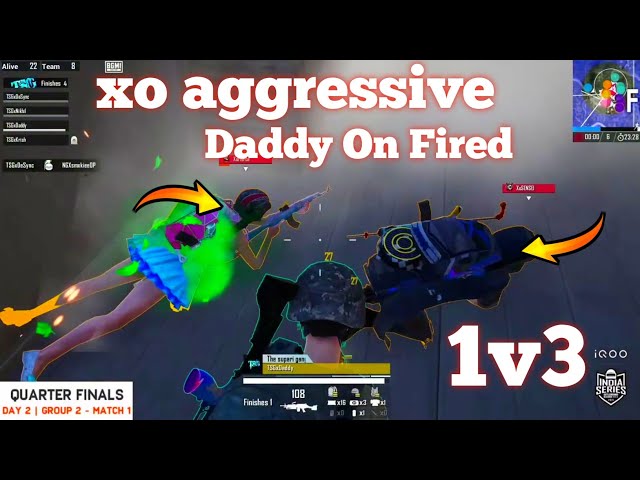 Battlegrounds Mobile India provides each player with an ID number which acts as their unique identity in the game. 5414471039 is the ID of Daddy. Players can search for this ID and shower him with in-game popularity.

Daddy’s real name is yet to be known to players in the Indian gaming community. This shows the importance of the in-game name (IGN) in BGMI as it helps players get recognized in public. His IGN is TSGxDaddy.