Developed by Krafton Inc., BGMI is one of the most popular action games available to mobile gamers in India. Since its release, the game has seen a staggering rise in popularity which has led to developers introducing new cosmetics at periodic intervals.

The Aurous Elegance Groza is a rare gun skin that was recently introduced to the game. Players who are ready to spend plenty of UCs on the Aureate Treasure Lucky Spin can obtain the rare gun skin as an exclusive airdrop weapon.

Tinged in black and gold, the skin has quite an elegant and attractive appearance. The pearl chain present around the iron sight adds even more glamor to its look. 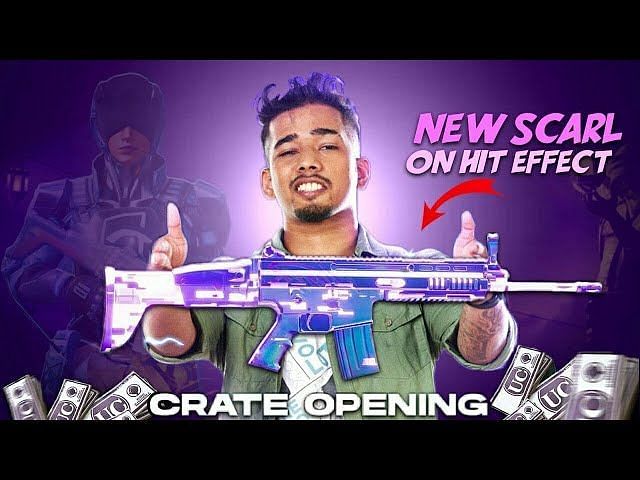 The biggest event of the PUBG Mobile esports scene, the PMGC 2021 Grand Finals, concluded recently on January 23, 2022. To celebrate the grand occasion, Krafton added a Mythic gun skin to the game, the PMGC 2021 Prestige Scar-L.

Its unique ‘on-hit’ effect has made it popular amongst YouTubers and esports players. BGMI players can head over to the PMGC Crate section to try and obtain this rare gun skin. While one Crate costs 40 UC, an entire bundle of 10 Crates comes at a price of 360 UC. Unfortunately, receiving this particular skin as a reward may take several tries. 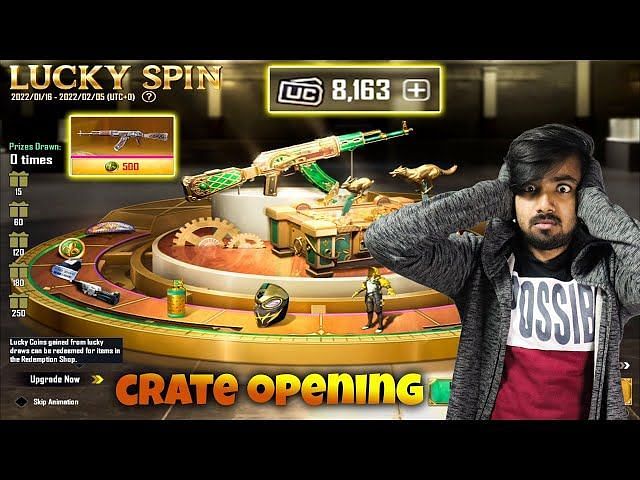 One of the rarest cosmetics available in Battlegrounds Mobile India in 2022, the Codebreaker AKM gun skin has been added to the Lucky Spin present in the game. A few popular YouTubers have uploaded videos to their channels, most of them showing how they had to spend thousands of UC to get their hands on this upgradable AKM skin.

Krafton has significantly increased the rarity of this skin, resulting in only a handful of players possessing it. The AKM skin can be upgraded to Level 7 in which the Loot Crate shows a jackal chasing a hare.