Flights are boring, longer ones even more so. Since I have picky ears that despise nearly every earbud shape or size, I’ve often struggled with the default in-plane entertainment options. For the past few years, I’ve resorted to downloading some podcasts and playlists and listening to them with my own tried-and-tested comfortable Bluetooth buds. It’s a minimalistic setup, but it works for me and allows me to skip cramming a tablet or laptop in the small space in front of me.

Glancing at my husband next to me, though, I still envied how he could simply grab any plane-provided earbud or headset and use it with the in-flight entertainment system. On our four-hour trips back home to Lebanon, he can catch two movies, while I struggle to pass the time after the second or third hour.

Audio can only go so far to distract me on a multi-hour flight. Movies are better time-wasters.

Then, as I was preparing for my transatlantic flight to Toronto last month, I realized I needed a solution to help those seven-plus hours pass. In my search for solutions, I came across the AirFly Pro, and now that I’ve used it on a few flights, I have to say it’s easily the neatest and most versatile little travel gadget. Most airplanes nowadays have a 3.5mm headset output and airlines provide you with a pair of cheap, single-use earbuds to plug in. Some older planes might have the two-prong output (though it’s been a few years since I personally came across those), while newer ones might offer pre-plugged headphones.

The AirFly Pro only works when there’s a 3.5mm jack. It plugs directly into the in-flight entertainment system and lets you transmit audio to your own Bluetooth headphones or buds. One button turns it on and puts it in pairing mode, and all you have to do is make sure your headset is in pairing mode too for them to find each other and connect.

I plugged it into the audio output of the plane and enjoyed a movie on my own Bluetooth buds.

I tested it with both my Google Pixel Buds Pro and Nothing Ear 1, and it worked like a charm. In a few seconds, I was watching a movie on the headrest display in front of me without sacrificing my ears’ comfort. And without wearing Air France’s terrible-sounding on-ear headphones, which have been on countless heads before mine. (I later took another flight where they provided those single-use buds and avoided those too — less e-waste, more comfortable ears, a win-win for all.) 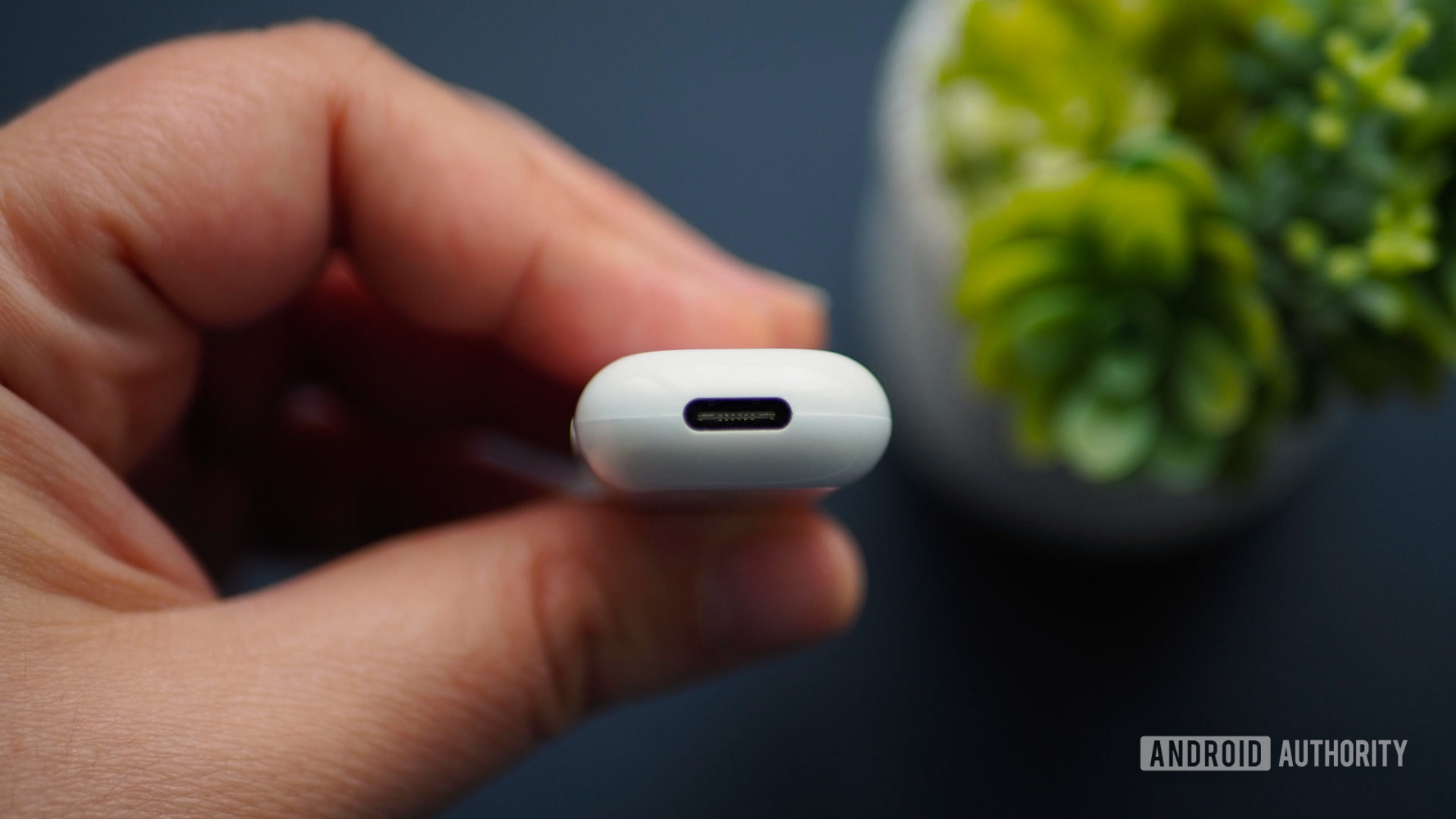 The best part is that the Pixel Buds Pro can connect to two devices at the same time, so I could easily switch from watching a movie on the plane’s display (with the AirFly Pro) to listening to some music or catching a video on my phone, without taking my buds out, pressing any button, or plugging/unplugging anything. This isn’t a Buds Pro-only feature, though — look for headphones or buds that offer “Multipoint” functionality and you can have a similarly seamless experience.

Beyond planes, this can add Bluetooth output to older TVs and game consoles, iPods, and gym equipment.

Back to the dongle, now. It can do so much more. I’m focusing on the travel experience, but you can basically use this to turn anything with a 3.5mm headset output into a wireless device. Gym equipment, an iPod Nano or Classic, an older TV or game console; the list goes on.

There’s also a splitter functionality that lets you route the audio to two Bluetooth headsets at the same time, so you could watch the same thing with a friend, sibling, or partner in a public place and still enjoy the isolation of your own individual headphones/buds.

But there’s another side to the equation too. See that small TX-RX toggle on the side of the AirFly Pro? Move it to the RX position to completely change how the dongle works.

Now it’s a Bluetooth receiver. Plug it into the auxiliary input jack of any car or speaker and it will catch and play any audio from an emitting device like your phone, tablet, or computer. So versatile.

One flick and it transforms into a Bluetooth receiver for any car or speaker. Perfect for road trips.

During my Canadian trip, I used the dongle in receiver mode in our rental cars to play my favorite tunes. Again, one button press let me pair it to my Pixel 6 Pro. I didn’t have to figure out the Bluetooth pairing process of each car, I just paired once with the dongle and plugged it into the cars. I kind of regret not having tried a solution like this with my old Subaru XV. That car had the most fickle Bluetooth connection and failed to see my phone four times out of five; a Bluetooth receiver like this would have let me bypass that entirely.

Despite its tiny size, the AirFly Pro’s battery lasts about 16 hours. It handled a seven-hour flight, a few hours of driving, then almost lasted through the same seven-hour flight back. And when it was empty, I just charged it over USB-C and it was ready to go.

If you don’t care about the receiver feature, you can save a few bucks by picking a more basic AirFly version. These are the options offered now:

The Pro makes the most sense for my usage, but I wish it came with a USB-C converter in the box to let me use it on my Android phones and iPad too. It’s incredibly convenient to have my setup ready to go on any flight and in any car.

Was the AirFly Pro essential in any of the situations where I tried it? No, of course not. But it was incredibly convenient to get on a flight or in a car and know I had my own setup ready to go. And it’s so tiny and portable too. That’s why it has rightfully earned a permanent spot in my travel bag. 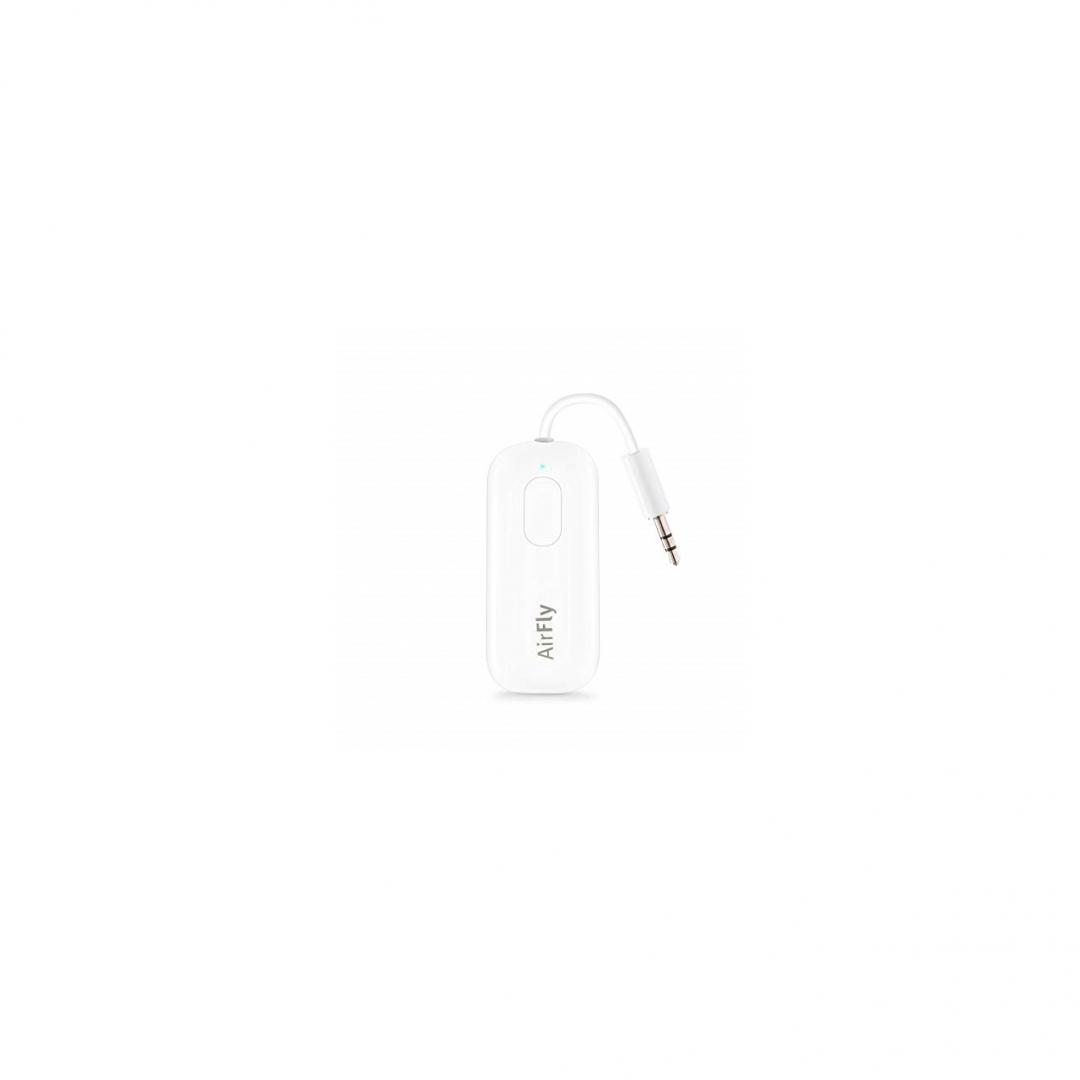 The AirFly Pro is a dual-mode Bluetooth dongle. In Transmit mode, it can share audio from any device (including planes) to a pair of Bluetooth buds or headphones. In Receive mode, it can be plugged into a car or speakers to receive audio from a phone or tablet. It charges over USB-C and lasts 16 hours on a charge.

Key Partner in Covax Will End Support for Middle-Income Nations