The Fallout Collector usually focuses on highlighting his impressive collection of memorabilia for the post-nuclear RPG series, but recently he tried his hand at a PC build inside the plastic nuclear warhead that came with the Fallout Anthology Bethesda released back in 2015. The tasteful fake plastic bomb is meant to hold the DVDs that come with the anthology, but it also turns out to be roomy enough to fit some silicon and a power supply instead.

It’s a similar project to a build by Linus Tech Tips from back around the anthology’s release, but with some key differences. Luke from LTT opted for a more traditional PC build, elongating the case with a 3D printed sheath and cramming a then-top of the line i7 6700K and R9 Fury Nano into the heavily-modified mini nuke.

The Fallout Collector opted for a smaller, lower-power system which necessitated fewer modifications to the case. He rehoused a NUC, a small form factor PC by Intel with an especially compact motherboard, into the new housing. The Fallout Collector modified the insert meant to hold the games into a base to mount the motherboard, with a power supply set at the bottom of the case and holes dremeled into the sides for IO ports.

The end result leaves the system’s core components just under the nose of the bomb, with its main body housing the power supply and cable management. The Fallout Collector installed a single case fan in the nose above the motherboard, with a pattern of holes drilled to allow for airflow. He also repurposed the mini nuke’s sound effect button to serve as a power switch, similar to the LTT build, and, as a final touch, modified the BIOS to display a cheeky RobCo splash image at startup. 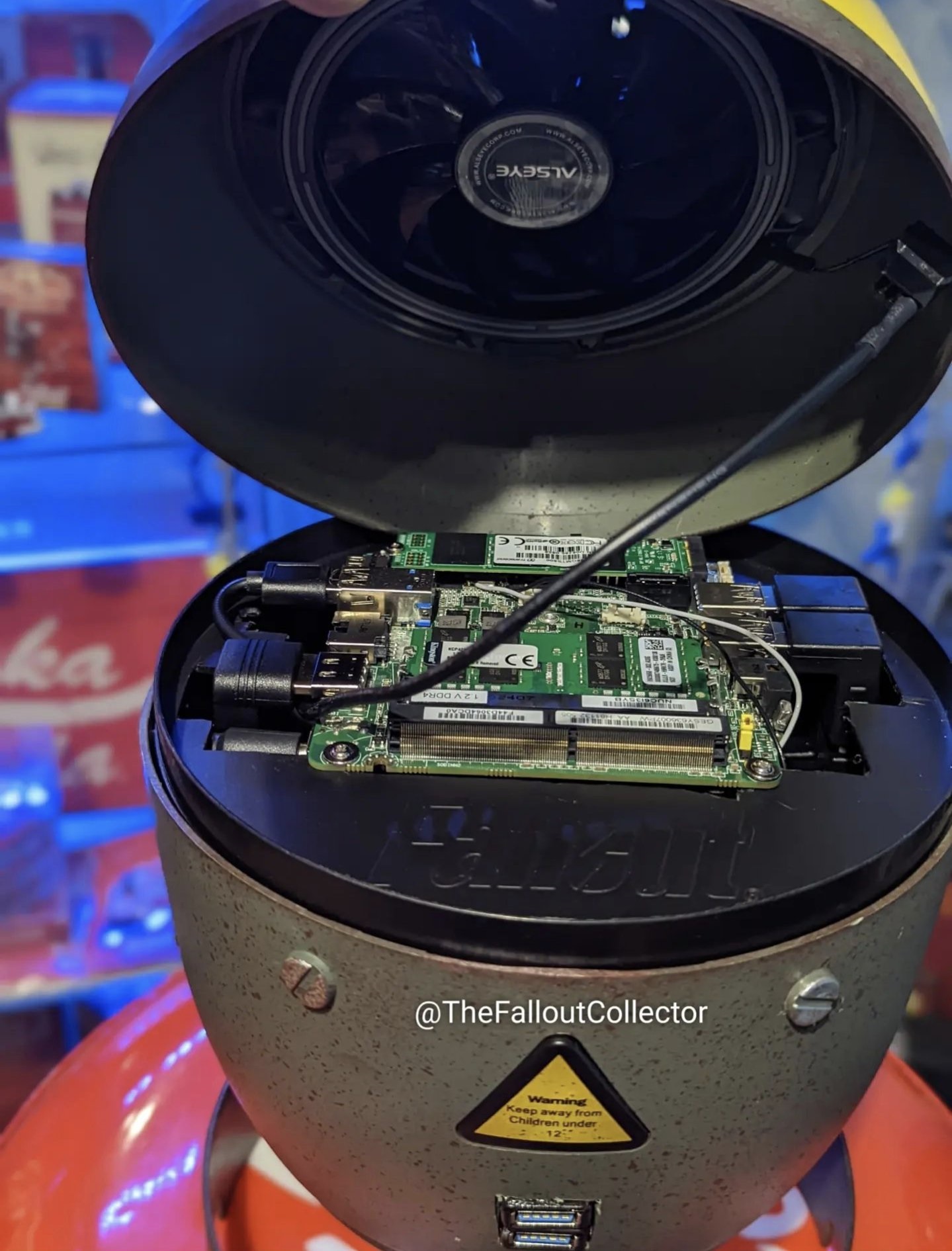 (Image credit: The Fallout Collector)Image 2 of 4 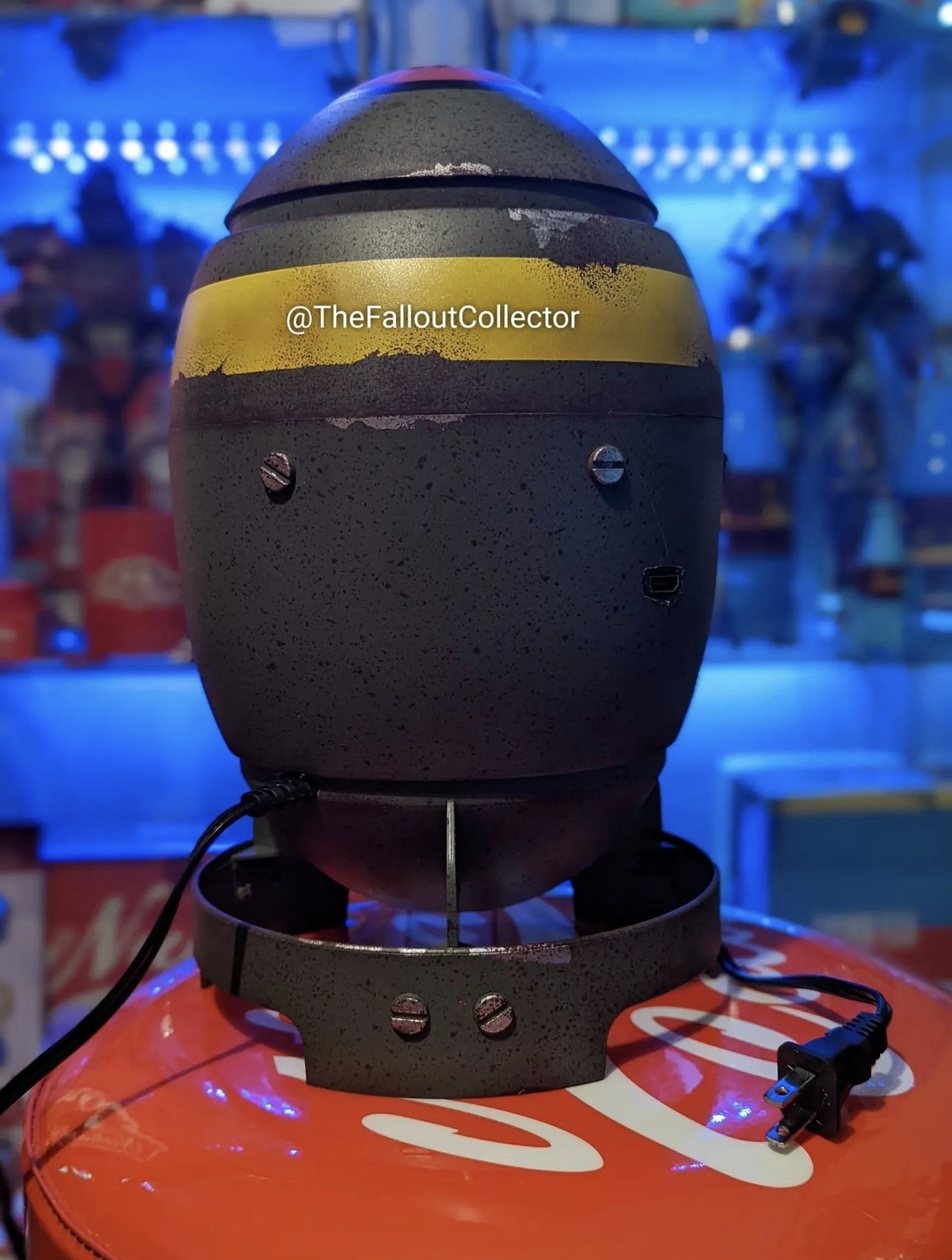 (Image credit: The Fallout Collector)Image 3 of 4 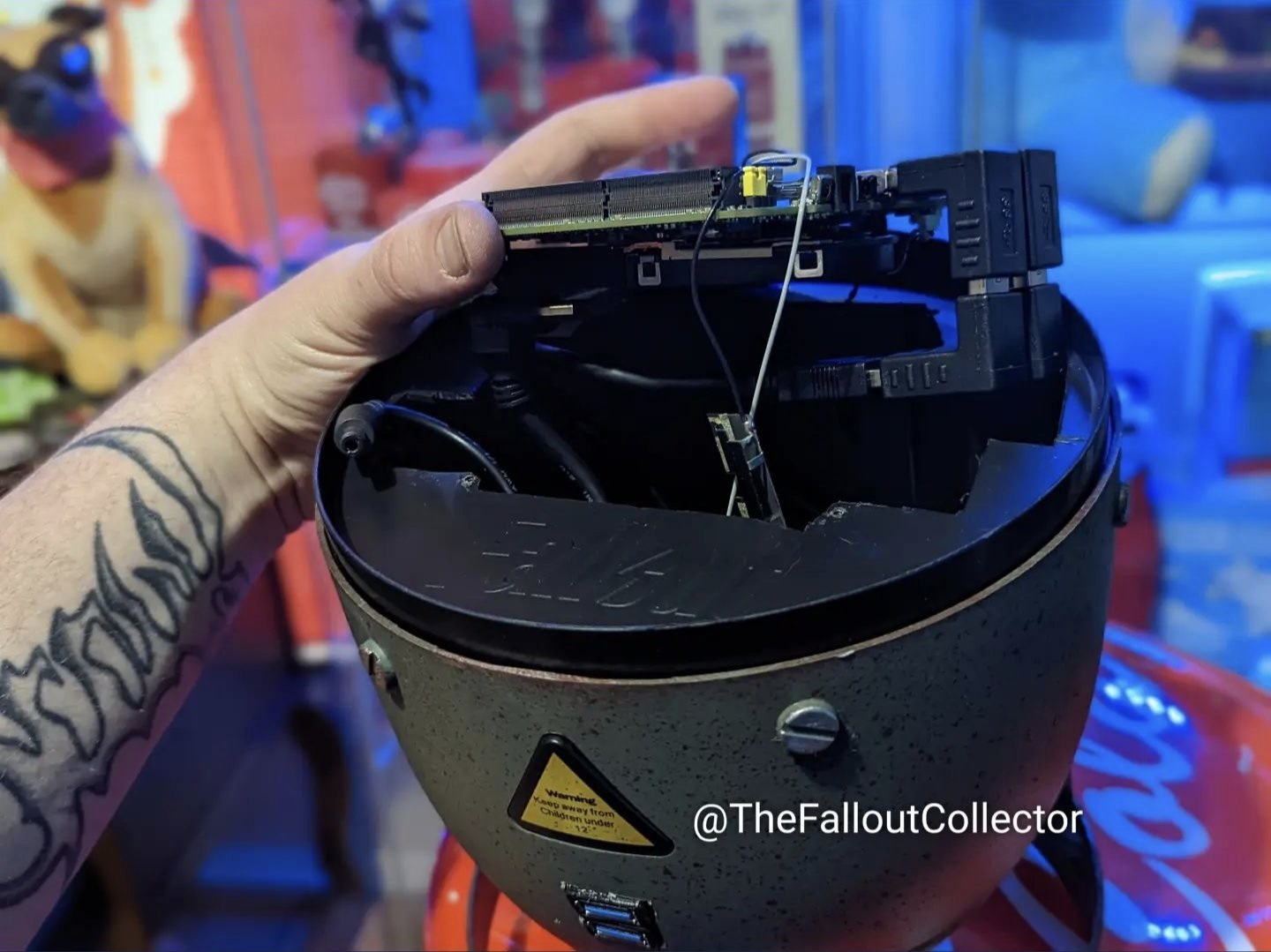 Shadow Warrior 3 will release in March, according to Microsoft

(Image credit: The Fallout Collector)Image 4 of 4 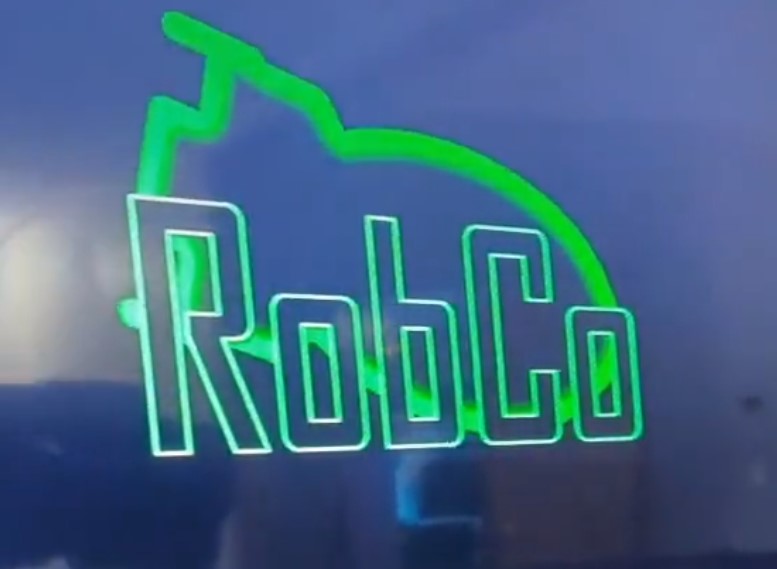 As it stands, the build’s performance is better than you might expect from a 6th gen i3 system in a jury rigged case. While Fallout 3 is currently giving the Collector issues, New Vegas and Skyrim are putting out a playable 30fps with acceptable thermals, while it handles the original 2D entries without breaking a sweat.

The Fallout Collector isn’t quite satisfied with the build’s performance yet—he’s hoping to work out the remaining compatibility issue with Fallout 3, improve the system’s thermal performance, and possibly insert a higher-end or newer NUC to really turbo charge it.

Wherever The Fallout Collector takes the build next, it’s always gratifying to see enthusiasts make computers work where they absolutely never should, and it already runs New Vegas at least as well as the PlayStation 3.