The CosmOS is the limit for the future of smart earbuds

Today’s best Bluetooth headphones and earbuds sound great and are packed full of features, so much so that it’s often hard to go wrong when picking out a purchase. Portable audio, in many ways, is a solved problem. However, headphones are comparatively “dumb” products next to your smartphone or new smartwatch, in the sense that they’re bound by the manufacturer’s pre-installed features and the limited customization options contained in proprietary apps. Wouldn’t headphones be even more powerful and useful if you could install new features at will and even bring your favorite ones from an old pair to your new ones?

That’s the proposition of Sonical’s CosmOS, a slimline operating system designed for headphones, earbuds, and other hearing wearables. We sat down with Sonical Solution Architect Gary Spittle and Jonny McClintock (formerly aptX) at IFA 2022 to learn more about what’s coming with the newly dubbed Headphones 3.0 paradigm.

How do you visualize an OS with no screen? When you think operating system, your mind probably goes to Android, iOS, Windows, or some such. It’s easy to picture what they look like, thanks to their distinctive GUIs and design language, but it’s much more difficult to envision an OS without a screen. However, what makes these systems useful is what they allow users and manufacturers to do; whether it’s easily installing an app, upgrading to a fancy new processor, or innovating with flexible displays, the OS is the glue that holds it all together, ensuring a consistent experience from product to product.

The current headphone space doesn’t work like this at all. There’s no unified platform or OS, meaning that features vary wildly between and even within manufacturer product line-ups. Big fan of Sony’s LDAC codec? Sorry, you can’t get that on your AirPods Pro. Love fast pairing with the Pixel Buds Pro? You won’t find that on every other brand either. Worse, headphone consumers are still led entirely by the manufacturers, who have to figure out what you want, spend years developing said feature, and then hope it’s still relevant by the time the product comes to market. It’s a slow and old-fashioned way of doing things — even TVs have moved on to embrace user-led, app-based experiences.

A hearable OS opens the door to user-led rather than manufactuer-led experiences, much more like smartphones.

In a nutshell, CosmOS is designed to free consumers from the shackles of manufacturer dictation, handing them the power to run the features and apps they care about on their headphones and other hearable devices. But the use cases go far beyond moving common audio features from phones to headphones. Sonical envisions fitness and wellbeing, gaming, hearing augmentation, and industrial applications all falling under its umbrella.

Case in point, Sonical recently announced a partnership with Segotia to bring neuro-sensing consumer and medical applications to the platform. We discussed at length the various other fledging use cases, such as measuring in-ear heart rates, temperature, and alertness, to sound augmentation and enhancement for the hard of hearing and tinnitus sufferers, that could take headphones from just an audio playback device into something much more broadly useful. A Headphones 3.0, if you will.

It’s more than just music, future earbuds could enhance your fitness, gaming, medical, and other needs.

Sonical wouldn’t be the first company to want to put an OS inside your headphones. Bragi OS started down this path in 2015 and partnered with Skullcandy and Klipsch in 2021 to provide common features like head gestures and hands-free voice control. That said, there are some very notable distinctions between Bragi OS and CosmOS when it comes to ambition and implementation.

Making it a (augmented) reality 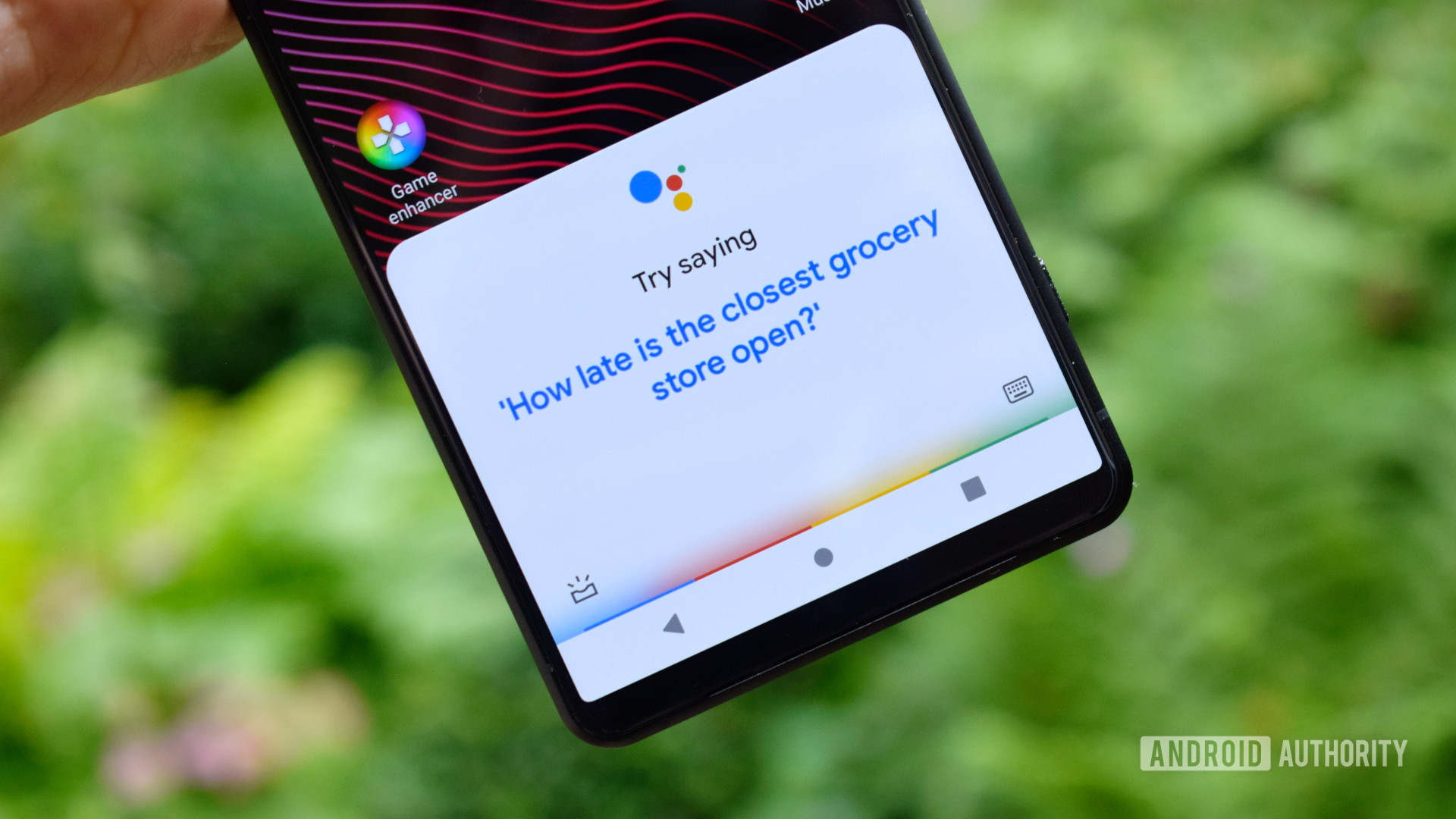 Part of the problem with making modern headphones smarter is they’re not built to run anything close to what we might consider a traditional application. Their tiny power efficient processors run number crunching algorithms — such as decoding a Bluetooth codec, capturing wake words, and applying basic noise cancellation — quickly and efficiently, but (mostly) they’re incapable of the more general purpose or machine learning-based computing that’s required for next-gen defining use cases. Even for seemingly smart use cases, such as voice assistants, they’re still reliant on a tethered smartphone.

For example, Gary explained to us the difficulties in moving from today’s basic catch-all noise cancellation to technologies able to isolate background noise while leaving a nearby conversation unattenuated. For that, you need machine learning capable of making distinctions about your environment. Alternatively, perhaps your favorite music app records heart-rate readings from your ear to provide a legitimately relaxing personalized chillout playlist, rather than the same generic list that everyone hears. These are much more complex problems than today’s headphones address and require more advanced silicon to make them a reality.

Read more: The best true wireless earbuds you can buy

Sonical is taking care of that half of the issue as well, designing its own chipsets built specifically to run CosmOS, hearable apps, essential DSP tasks, and advanced machine learning, all without breaching the very limited power budget of modern headphones. That’s no mean feat, and Gary admits that maximizing the potential of CosmOS will require silicon advancements akin to what we’ve seen in mobile over the past decade, with increasingly powerful processors built on ever more efficient manufacturing processes. But if Apple is already using its H1 chipset to deliver “computational audio,” it’s clear that the basis of the concept is already viable today.

Headphones aren’t equipped to run apps and AI, but new processors can change that.

Conveniently, custom silicon sidesteps the issue of attempting to support the countless third-party chipsets on the market — a virtually impossible feat given the varying capabilities of silicon in use today. But that presents Sonical with an opportunity to simplify CosmOS, making it approachable for developers by offering a consistent feature set and robust APIs that remove the need to fully understand the silicon underneath. Traditionally, programming for Bluetooth chipsets is very low level, “to the metal” as some might say. It’s efficient but doesn’t gel very well with adding and removing applications at will. By introducing an admittedly thin OS, complete with a hardware abstraction layer, CosmOS takes a more plug-and-play approach to software, making development feel a bit more like a modern app.

How to turn YouTube closed captions on or off

The downside is that CosmOS won’t run on anything and everything; it needs partners to come onboard for both silicon and software. While undoubtedly some players will be keen to embrace the freedom on offer here, others may be more protective over their tightly knit and profitable proprietary ecosystems. As Jonny put it; “it’s time to blow the doors off.” Ditching the safety of our favorite playlists to try something new and avant-garde is a hard habit to break, and is perhaps the biggest challenge facing CosmOS as a breakthrough concept. Some may feel that this is a solution looking for a problem, and, like most new ideas, judgment can be hastily based solely on the arrival of the “killer app.” Riskily, CosmOS isn’t hanging its prospects on a single breakout idea, but that could be for the best in the long term.

Although it has grand ambitions, Sonical has no desire to artificially steer the platform in any particular direction. It’s merely providing the oars that will allow third parties to navigate the murky waters of consumer needs. Google took a similar approach with Android, and we’d certainly say that’s resulted in a faster pace of innovation from both product and app vendors over the years than Apple’s walled garden. Rather than trying to predict future consumer needs with a single killer app, CosmOS could represent a similar paradigm-shifting moment to when phones transitioned to touchscreen OS’. It was hard to envision the breadth of implications before the change, but now it’s impossible to imagine going back to the old ways.

Everyone once loved feature phones but now can’t imagine a life without apps and touchscreens. Could headphones undergo a similar paradigm shift?

As such, there are a number of ways that partners may choose to implement CosmOS, even in the consumer space. One option is to remain more closely aligned to the current phone-to-headphone model, using plugins cooked up from various existing apps to augment and improve on today’s experiences. These plugins could include your favorite music streaming app, health tracker, or even hearing augmentation software. The important difference is that you’re not tied to just the manufacturer’s pre-installed features.

The more impressive long-term vision Gary and Jonny outlined was a completely untethered experience, where a wireless earbud charging case serves as the connectivity hub, enabling content streaming over Wi-Fi or 5G and passing a Bluetooth or ultra-wideband connection to the earbuds and any other connected device. In this scenario, the headphones are a standalone product, taking their apps and features with them regardless of whether you’re listening on the go, connected to a laptop for a video call, or sitting down for a gaming session. Perhaps we’ve already seen the first tentative steps in this direction with the JBL Tour Pro 2 and its touchscreen charging case?

Sounds revolutionary in theory, but the proof of all these great ideas will be in the actual products. Sonical has been working on CosmOS for a number of years and is well into the working prototype stage of development. Headphone partners are in the works, and we’re expecting to hear much more about the platform come CES 2023. Stay tuned.