Every time Apple takes to the stage to announce a new product or software update, the Android fan and multi-platform user in me takes a backseat and pouts in envy. For a few hours, sometimes even days, I start wondering what it would be like to dump my Pixel 6 Pro, Galaxy Watch 4, Nothing Ear (1) buds, Pixelbook laptop, Xiaomi Android TV, and Nest speakers, and go all in with Apple. I already have the iMac and iPad to build from. And it would be so smooth and seamless to opt into a unified ecosystem. Then I remind myself of how much I dislike iOS as a daily driver and how boring life would be as a single-brand user, and my jealousy slowly dissipates.

This time, though, I reckon there will be lingering envy, and it’s all because of the Apple Watch Series 8‘s new temperature sensor and the way Apple is using it to track female health. Apple isn’t the first wearable maker to integrate a temperature sensor. The old Fitbit Sense and newer Sense 2, the Galaxy Watch 5, and Oura Ring 3 (among others) already have the hardware. However, Samsung isn’t doing anything with the sensor yet. Fitbit uses it to log your night-time temperature but doesn’t do anything with the data beyond that. Oura is the only company utilizing it to track the cyclical temperature change that occurs in female bodies every month or so.

Fitbit and Samsung wearables already have temperature sensors, but they’re not used for cycle tracking.

Apple is following Oura’s steps in making sure the temperature sensor is useful for anyone who wants to track their periods. And it’s doing it at a population scale that will far surpass Oura in mere months.

Looking past the technical aspects of how and when, Apple Watch users should get a graph of their temperature across days, more accurate period predictions, a retrospective notification about the most likely ovulation date (based on a rise in temperature), and a notification when an abnormal cycle deviation is detected. All of this in a private, “you choose who sees your data,” implementation. 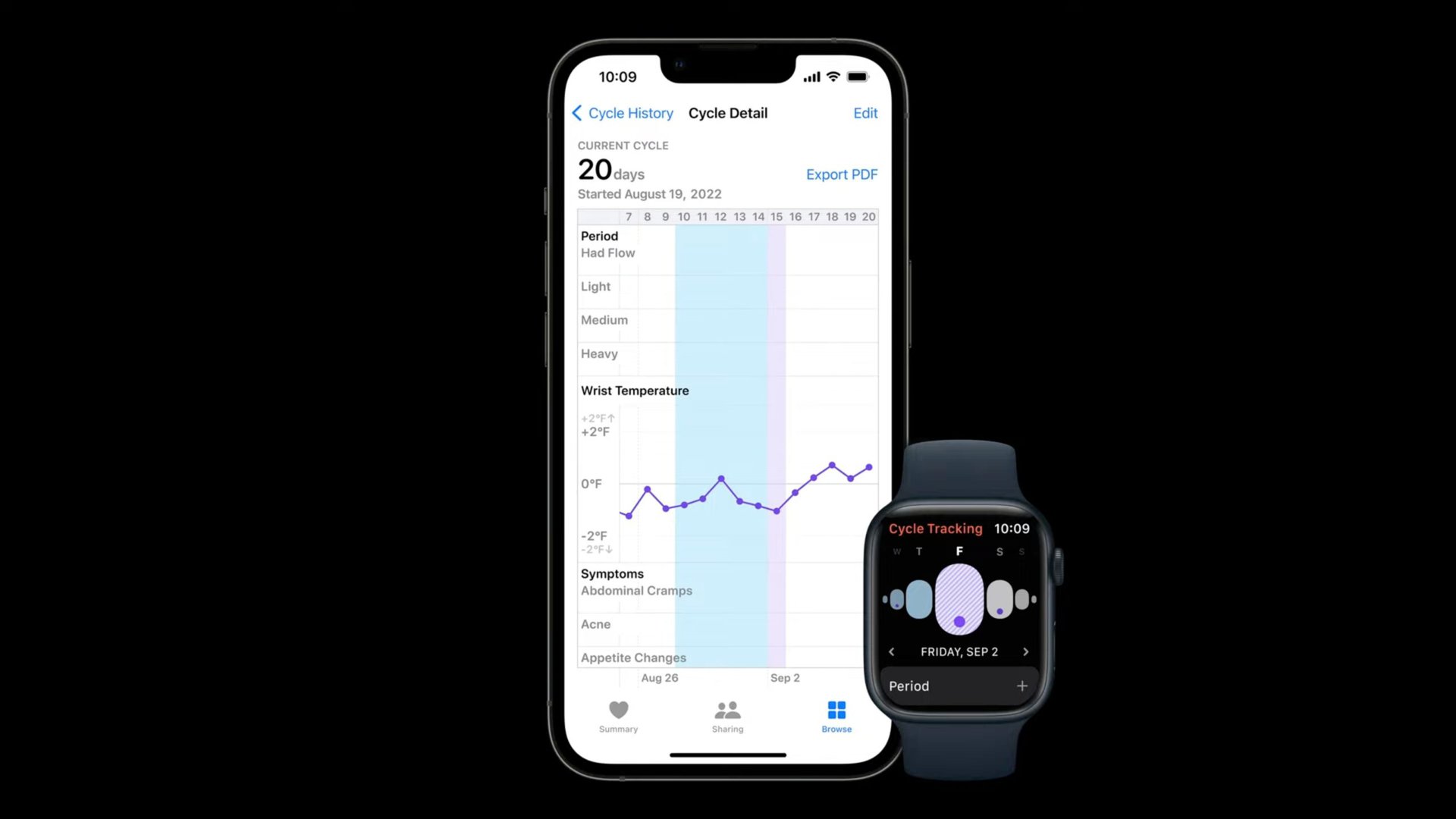 We still don’t know how well all of these features will work, but on paper, they’re all incredibly intriguing. Both to me as a woman and as a pharmacist who spent the better part of 10 years counseling women around female health, period tracking, ovulation, pregnancy, and Polycystic Ovary Syndrome (PCOS).

Until now, there’s been no easy way to track what our female bodies were doing on daily basis. Apple is democratizing this knowledge.

I couldn’t tell you how many times I grabbed a calendar and tried to explain how cycles work to a woman who was fearing an unwanted pregnancy (or hoping to conceive), or how many consults I gave to women who were confused by PCOS-caused irregular cycles. I’ve recommended period trackers — specifically Clue — hundreds of times, and hoped that my patients would follow through on manually tracking their periods. But as with prescription medicine, I had no control over patient compliance.

Newer but not always better

If a gadget as widespread as the Apple Watch can automate part of the tracking, democratize this knowledge, and make sure everyone with female anatomy is more aware of what their body is doing and when, then it’s an indisputable win. 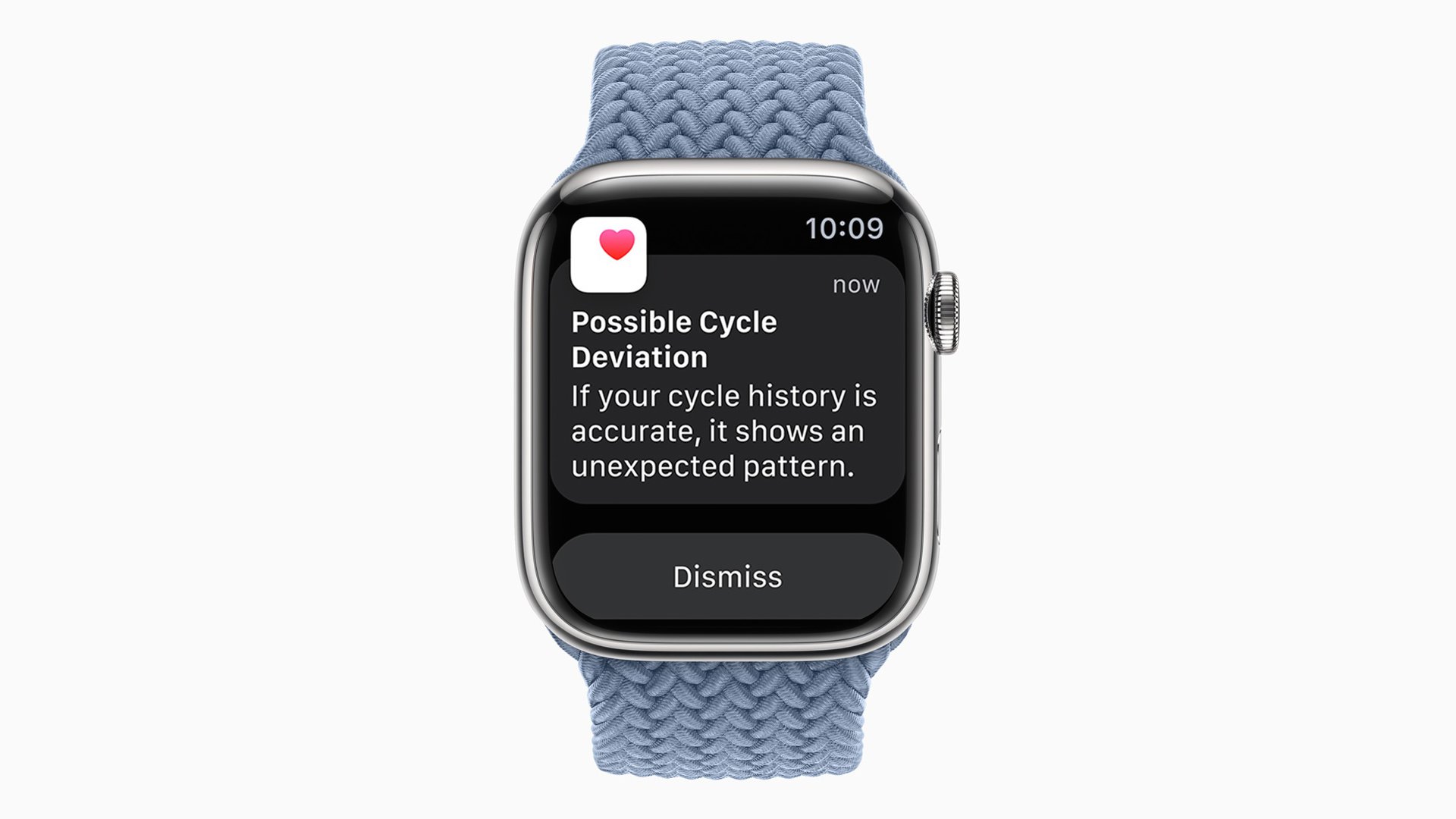 Heck, just a few months ago, I personally went through a very irregular cycle that made my hormones go haywire and got me feeling like I had no control over my body. The problem is that there was no way to quantify that and validate the state of shambles I was in. No graph to look at and analyze, “Here, things are clearly not right, so better be ready for a few days/weeks of helpless hormonal turmoil.”

I don’t care that Apple is doing this (more or less) first; I just care that it’s been done.

As a woman and a pharmacist, I don’t care that Apple is doing this (more or less) first; I just care that it’s been done. As a Pixel user, I’m very envious of iPhone users and I sure hope that the wearables on our side of the ecosystem divide will soon catch up.

Fitbit and Samsung are the easiest targets. They already have the hardware, and Fitbit also has years of data from its Sense line-up. Both of them should use this data for female health as soon as possible — after validating it in studies, of course. Until then, my Apple envy will remain lingering in the background.