Despite feeling uncannily similar to play as past installments, Splatoon 3 is packed with smart changes and updates that will likely lead to people — or at least, me — keeping the game in rotation for much longer than before. I got to play over an hour of the game’s various modes ahead of its September 9th launch, including just a few levels of the main story, a few rounds of Salmon Run (the game’s surprisingly difficult but rewarding horde mode), and Turf War (Splatoon’s take on a four-versus-four deathmatch).

You’ll notice a welcome quality-of-life change right when you boot it up. Instead of being forced to sit through an intro presentation of the latest announcements for in-game activities each time you restart the game, as past Splatoon games have done, you’ll be able to simply click the left stick to listen to the dispatch as you do other activities.

Multiplayer is where most of the game’s biggest changes are easy to spot, though they might not seem that big of a deal if you’ve played other modern multiplayer shooters. For instance, the Salmon Run mode, which supports four online players to survive as long as possible against waves of enemies and bosses, can now be initiated at any time. In Splatoon 2, the mode was available only at select times. You’d be forgiven for never having tried it before since it’s inconvenient to schedule your life around when a feature is available. There seems to be a lot of added variety here in terms of enemy types and new random events to keep it exciting.

Before launching into an online game with your crew, you can paint the town red (or, in this case, yellow) in the shooting range.Image: Nintendo

Right before loading into either a game of Salmon Run or Turf War, you’ll land in a shooting range — one of Splatoon 3’s features that I’m most excited about. As the game works out the connectivity, and as everyone gets their weapon and gear loadouts prepped, you can test weapons out in the shooting range. It’s reminiscent of the way that Fortnite dumps all of the players into a free-for-all lobby before sending them to the island in the Battle Bus. On paper, it’s a minor change, but it keeps my brain and fingers busy while the game loads.

Loading into my first Turf War match, I was struck by all of the familiar trappings of modern multiplayer shooters. Splatoon 3 has “Splashtags,” small cards that let you customize the background, title, and badge with in-game unlocks for bragging rights. There are also unlockable emotes to equip that can add more personality to your character. Fashion has always been a big part of Splatoon, and Nintendo says it will roll out free seasonal catalogs full of new clothes, accessories, and more. 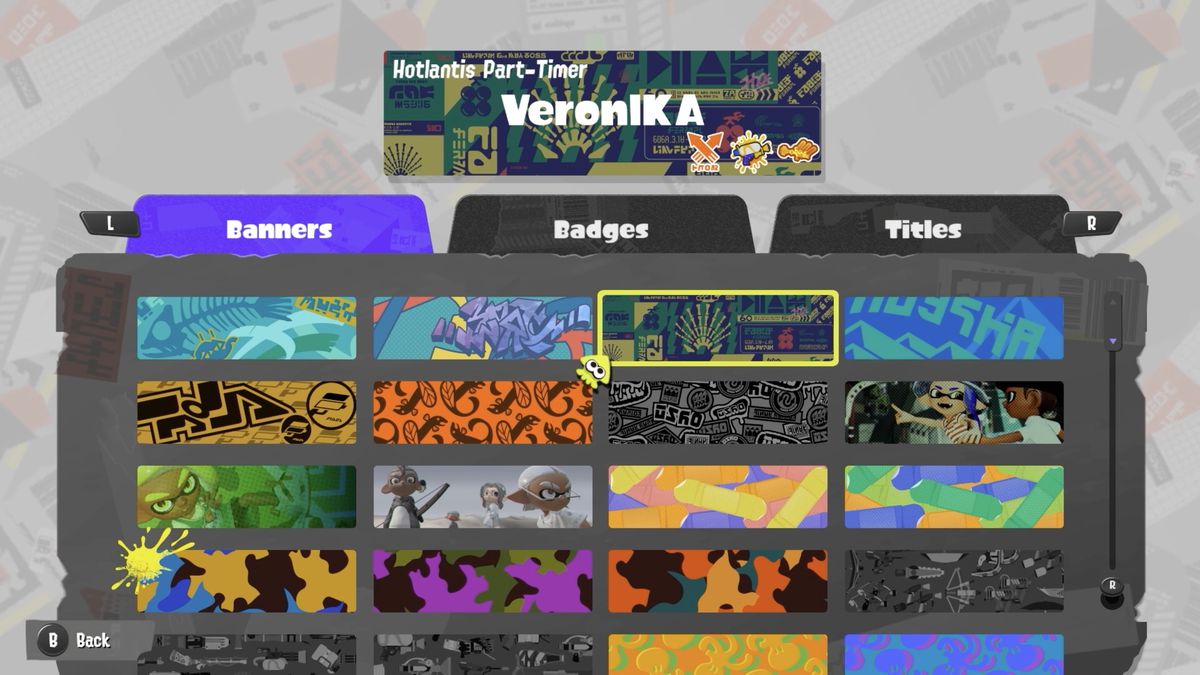 There seems to be plenty of Splashtag components to unlock through gameplay.Image: Nintendo

The moment-to-moment action in Turf War felt as frenetic as before, and I was able to employ the game’s new moves with relative ease. There’s the “Squid Roll,” where you can reverse on a dime when in squid mode (jump while reversing the left analog stick’s direction), granting you a brief moment of invincibility. I also liked the “Squid Surge,” which lets you super-charge a jump while in squid mode on a wall to surprise an opponent.

The game also handles custom spawn points a bit differently than the predecessor. Each time your character respawns, you can pinpoint the location within the spawn point where you want to start anew (with either motion controls or the analog stick). Or, you can jump to a teammate’s location on the map. Two other notable improvements here are that you can jump into Turf War with friends and remain on the same team without being split up, and the game can record replays of matches, letting you zoom in to the action to make clips or to study strategy.

I also got to check out some of Splatoon 3’s story levels, which are cleverly designed to acquaint you with new weaponry. They’re short and sweet, as always, and you’re aided this time with a little fish sidekick called Smallfry on your back. You can throw Smallfry to chip away at enemies’ health and then beckon it to return with a button click. It reminded me of God of War’s ax recall but is cuter and slightly less badass. 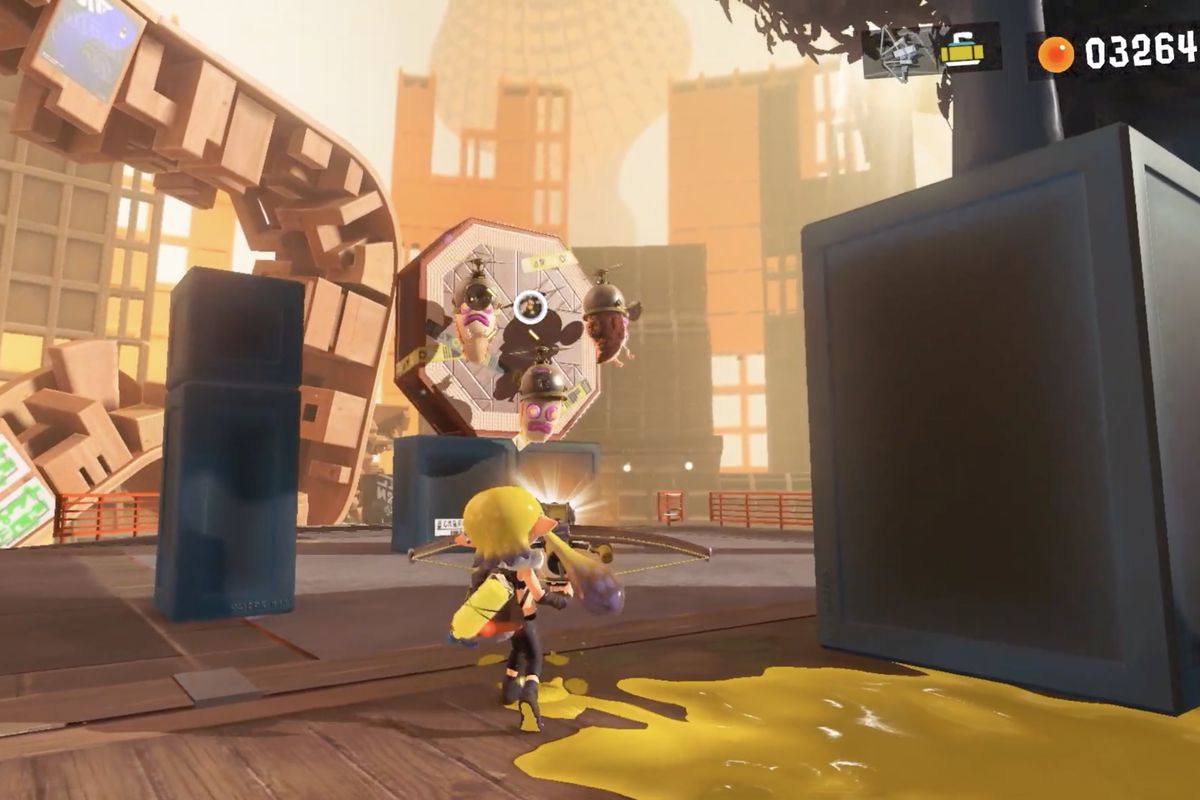 A still taken from a level within Splatoon 3’s campaign.
Image: Nintendo

My time with the story was limited and very much on-rails to avoid plot details, but I’m intrigued by the game’s worlds that you see in between levels, which were rampant with hair-covered Octarian enemies, for some reason. The hair is contagious — and deadly. Your character will die in a hilarious fashion if you touch it.

Having just an hour to play Splatoon 3 was a bit of a tease, as there was a lot that I didn’t get to see. Nintendo skipped me around to different single-player zones, and I wasn’t able to freely roam around Splatsville, the overworld that lets you shop for cosmetics, interact with characters, and seemingly a lot more. From what I have seen of the game, though, it seems like Splatoon 3 might be the most feature-complete version of Splatoon yet.

Splatoon 3 releases for the Nintendo Switch on September 9th.