Soul Esports (popularly known as Team Soul) and GodLike Esports are two of the biggest organizations in the BGMI esports community. Both organizations have been present since the initial stages of PUBG Mobile days and have managed to create a massive fanbase for their respective sides.

While Soul is now a part of S8UL, GodLike has spread its own network. Both teams have several fans who have created fan pages for their favorite teams. However, Soul Esports’ biggest fan page switched its support and changed its name in favor of GodLike, which has created a buzz amongst players and fans in the community.

Soul Esports’ biggest fan page with 244K followers has changed its name to Godlike Nation, which highlights the fact that the fan page is now idolizing GodLike Esports’ BGMI team.

The admin put up a story on the page’s Instagram handle stating that the page was recently taken down by the platform due to some reason. The admin further mentioned that although he had supported Soul Esports for the past four years and had contacted every member of the S8UL organization to help him get the page back, none replied or paid heed to his requests.

Another story from the page mentioned that it was Ghatak from GodLike Esports who helped the admin get the page back. This was a generous act from Ghatak, who supported the fan page of a rival BGMI esports organization.

How did the BGMI streamer 8bit Mamba react to Team Soul’s fan page renaming its name on Instagram?

8bit Mamba also took out the time to react to the matter. He mentioned that he personally knew the admin of the fan page as both were from Aligarh and that both have met a few times in the past. He added that it was completely okay for fan pages to change their fan page names and idolize others in the community. 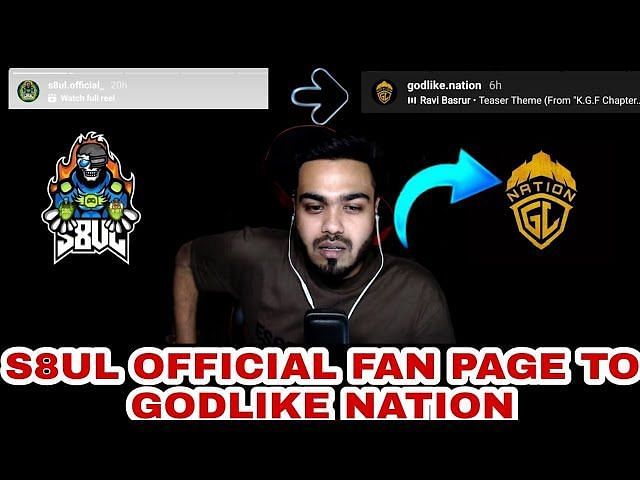 Mamba further mentioned that the admin of the fan page was ignored by the members of the S8UL gaming organization due to some undisclosed problems the admin created for the popular content creators previously. He even wished the admin the best of luck for his future endeavors.