According to multiple posts on Samsung’s Korean community forum, the update addressing the Game Optimizing Service rolled out to the Galaxy S22 phones in the region today.

The machine-translated changelog suggests that Samsung is releasing the CPU/GPU performance limits while running games. The update will also help maintain the temperature of the phones with GOS disabled. Additionally, it introduces a new game performance management mode in Game Booster.

You can see the complete changelog below. Note that this is a version translated from Korean to English, so the meaning is not as clear as we would have liked it to be. 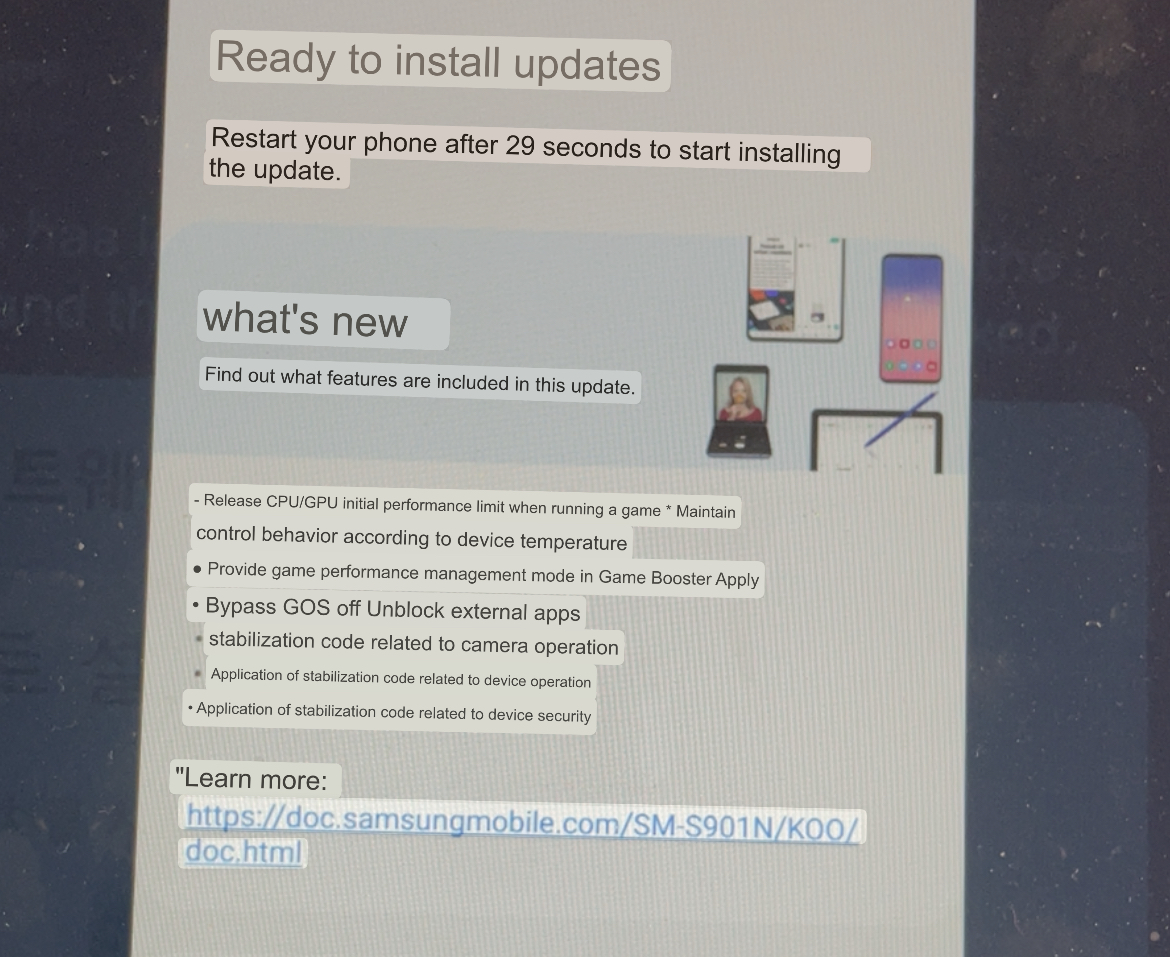 There’s no word on when the update will roll out for other regions. However, Samsung has promised it’s coming, so it shouldn’t be too long now.