Xiaomi is well known as a mid-range player, with its Redmi and Poco brands being the company’s bread and butter in terms of shipment volume. But the company has long offered flagship phones too, and the numbered (formerly Mi) series is its most prominent flagship line. The company launched the Xiaomi 12 series in global markets in early 2022, but what does it have in store for the Xiaomi 13 family? There are quite a few unconfirmed details right now, but here’s everything we know about the new flagship range.

Will there be a Xiaomi 13 series? Xiaomi has released a mainline flagship smartphone family annually for years now, so it’s almost guaranteed that we’ll see the Xiaomi 13 — plus very likely a Pro variant — in 2023. Xiaomi also debuted the more compact 12X alongside the 12 and 12 Pro earlier this year, so we’d expect a Xiaomi 13X alongside the 13 and 13 Pro.

Will it actually be called the Xiaomi 13? Well, that’s just an assumption right now. But the company has changed things up before. Most recently, it dropped the “Mi” prefix so the Mi 11 was succeeded by the Xiaomi 12. Going back even further, the company skipped the Mi 7 name in favor of the Mi 8 moniker.

When will the Xiaomi 13 release date be?

Xiaomi hasn’t confirmed that the Xiaomi 13 series exists, let alone a release date. But a look at previous Xiaomi releases, seen above, gives us an idea of what to expect.

It’s a safe bet that we should see the phones by February 2023 for the latest. But the company’s decision to launch the last two generations in late December means we could very well see the same thing happening with the Xiaomi 13.

It looks like the Xiaomi 13 could potentially launch in late 2022, albeit in China first.

It’s also worth noting that the above launch dates are mostly for China. Global markets could be a few weeks to a few months behind if it’s not a simultaneous China/global affair. For example, the Xiaomi Mi 9 launched in Europe on February 24, 2019. Meanwhile, the Xiaomi 12 landed in Europe on March 15.

One rumor from Weibo tipster Digital Chat Station suggests we could even see a November launch for the Xiaomi 13. That would be much earlier than before, presumably in the wake of the Snapdragon 8 Gen 2 launch, which is also taking place in November.

What features and specs will the Xiaomi 13 series have? 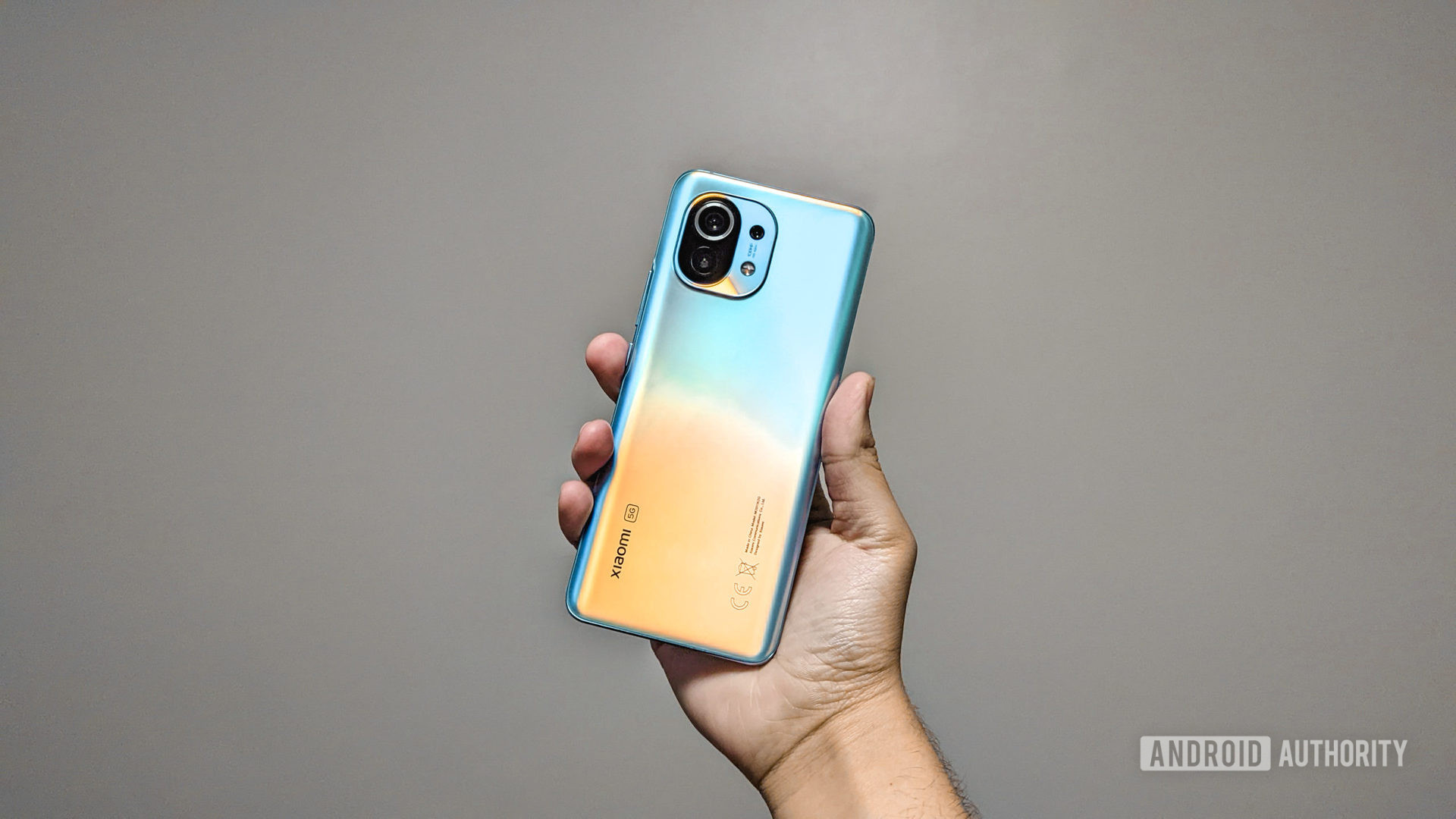 Here’s what we know about the Xiaomi 13 family so far based on leaks and educated guesswork.

We haven’t seen many reliable leaks regarding the Xiaomi 13 series design. Perhaps the most noteworthy leak so far came from the TechGoing outlet. The publication obtained an apparent Xiaomi 13 Pro render. This obviously isn’t the standard model, but it does give us a possible idea of what the standard model could look like. Check out the image below. Perhaps the most obvious feature we’re expecting is the Snapdragon 8 Gen 2 processor, as Xiaomi’s flagship phones are usually among the first to adopt new high-end Snapdragon silicon.

Leaker Digital Chat Station purportedly claimed that the vanilla Xiaomi 13 will gain a QHD+ resolution and LTPO OLED screen. The standard Xiaomi 12 missed out on this feature, while the Xiaomi Mi 11 indeed gained a QHD+ screen. So it’s anyone’s guess at this point.

A Snapdragon 8 Gen 2 SoC seems like a no-brainer for the Xiaomi 13.

There’s no word on battery capacity for either phone just yet, but a certification listing apparently points to 67W wired charging speeds for the standard model. That would be in line with the current vanilla flagship. Truth be told, we’re happy with this wattage if it means Xiaomi can offer great battery health while charging at these speeds. Meanwhile, a certification listing for the Pro model points to 120W charging speeds, in line with the Xiaomi 12 Pro.

We’re not sure about all the camera-related specs just yet, but it seems like a no-brainer that the Xiaomi 13 series will offer Leica branding. However, Weibo tipsters have pointed to a one-inch main camera, likely landing on the Pro model.

What will the Xiaomi 13 price be? 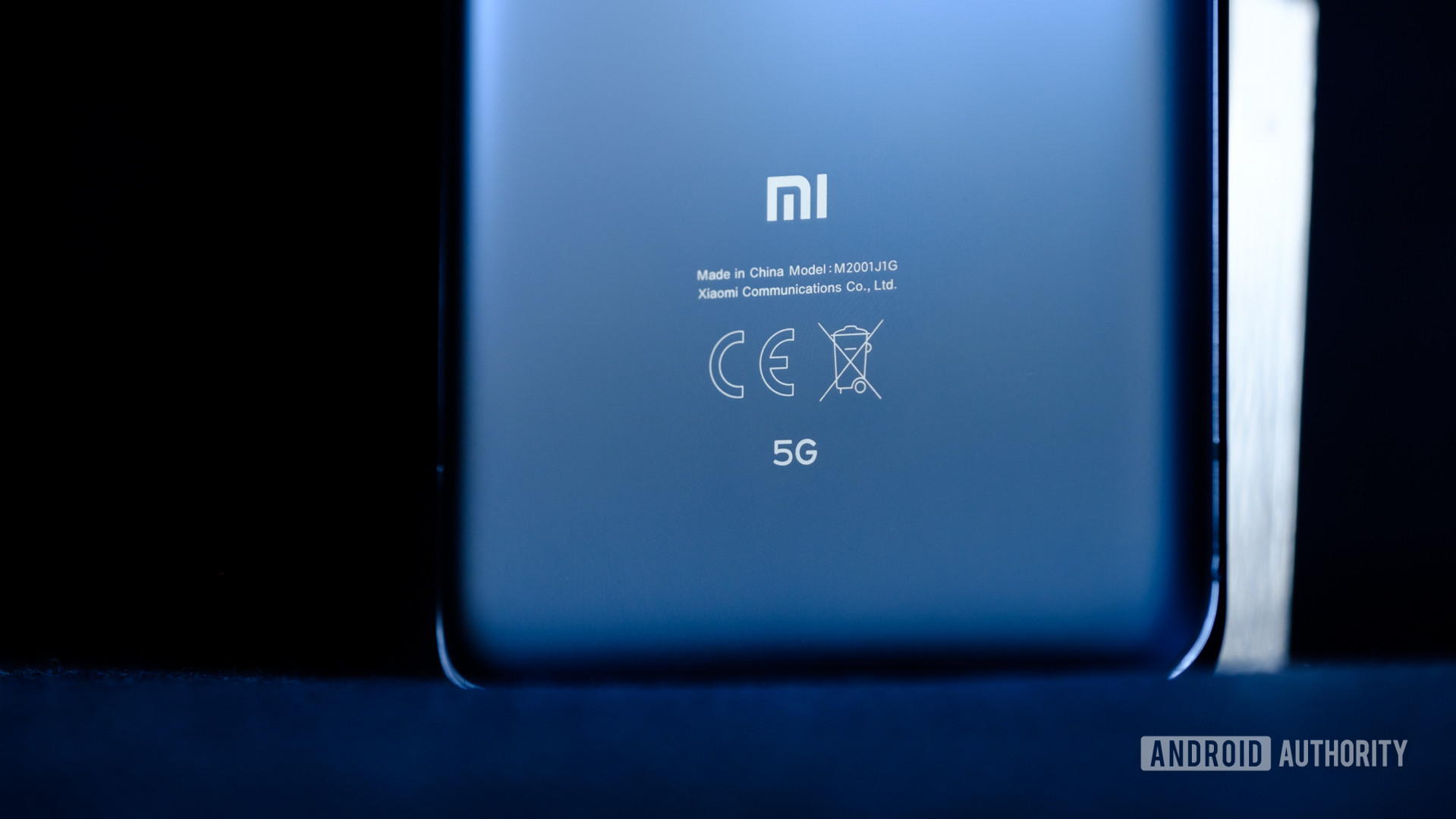 There’s no word on pricing just yet, but we can speculate based on pricing for Xiaomi’s previous flagship phones. The Xiaomi 12 received a €50 price bump in Europe over the Mi 11, while British pricing stayed the same. However, the Xiaomi Mi 10 was actually £50 cheaper than the Mi 11 in the UK but €50 more expensive in Europe. Meanwhile, the Xiaomi 12 Pro took the series to a much higher price bracket.

Either way, it stands to reason that we’ll see similar pricing for the Xiaomi 13 series. Could we even see a price drop with the new phones? Well, we wouldn’t bet on it, but we hope Google’s aggressive pricing with its Pixel series spurs on similarly aggressive discounts from OEMs like Xiaomi.

Xiaomi 13: What we want to see

The Xiaomi Mi flagship series has gone from strength to strength over the years. It started out as an affordable flagship range but has since turned into your typical high-end series, duking it out with Apple, Google, and Samsung.

The Xiaomi 13 and 13 Pro will likely pick up where the standard Xiaomi 12 series left off in early 2022. But here’s how the Chinese brand can deliver a better product. 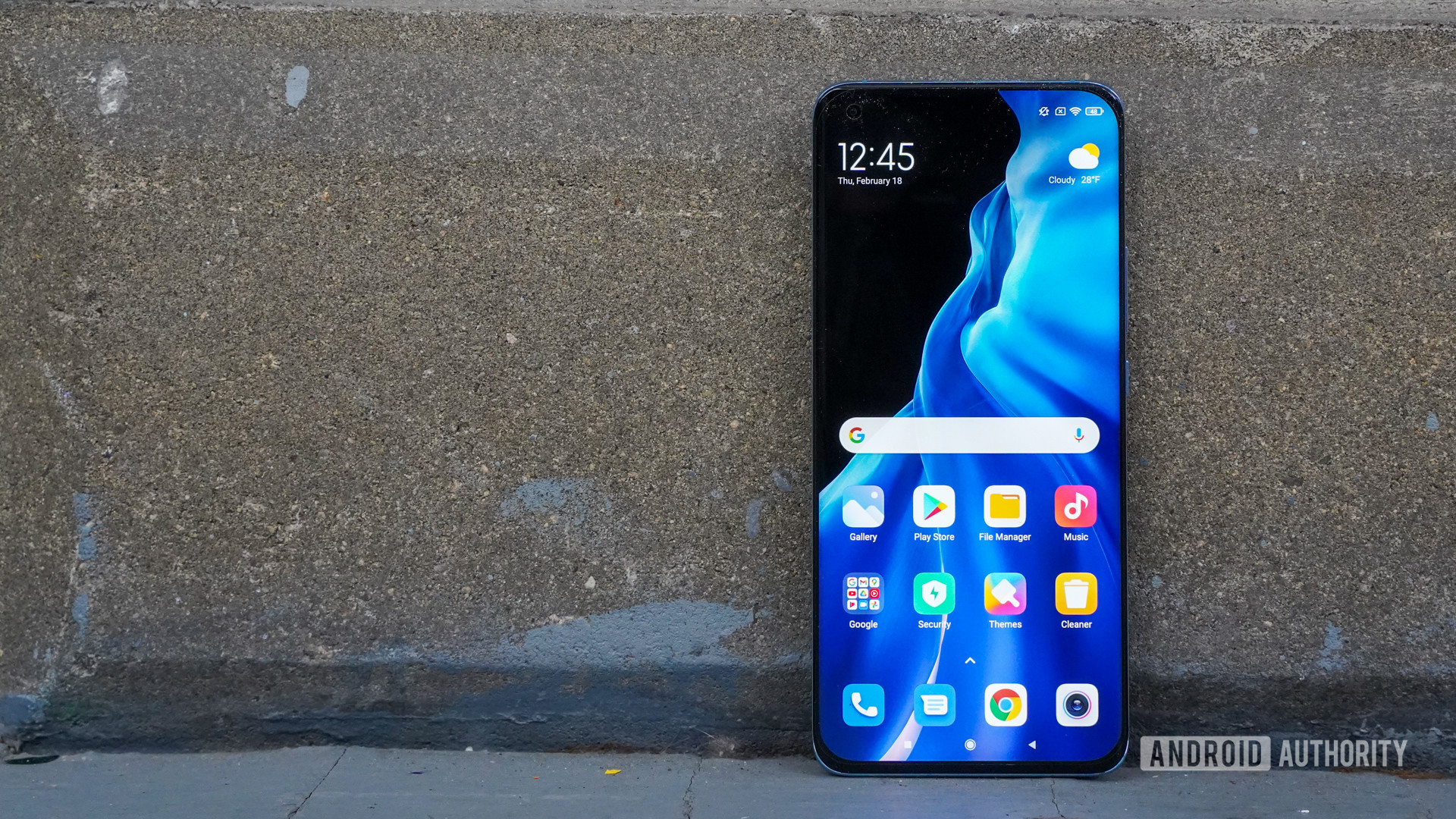 One of the more disappointing omissions for the Xiaomi 12 pair was the lack of water resistance. This makes for a big change from rival flagship phones, which offer IP67 or IP68 ratings for full-on water resistance.

We definitely want to see Xiaomi bring this to its future flagship release, then. And the company can’t easily pull a OnePlus and claim that IP ratings cost a lot of money when even cheaper devices like the Pixel 7 offer a high level of ingress protection. 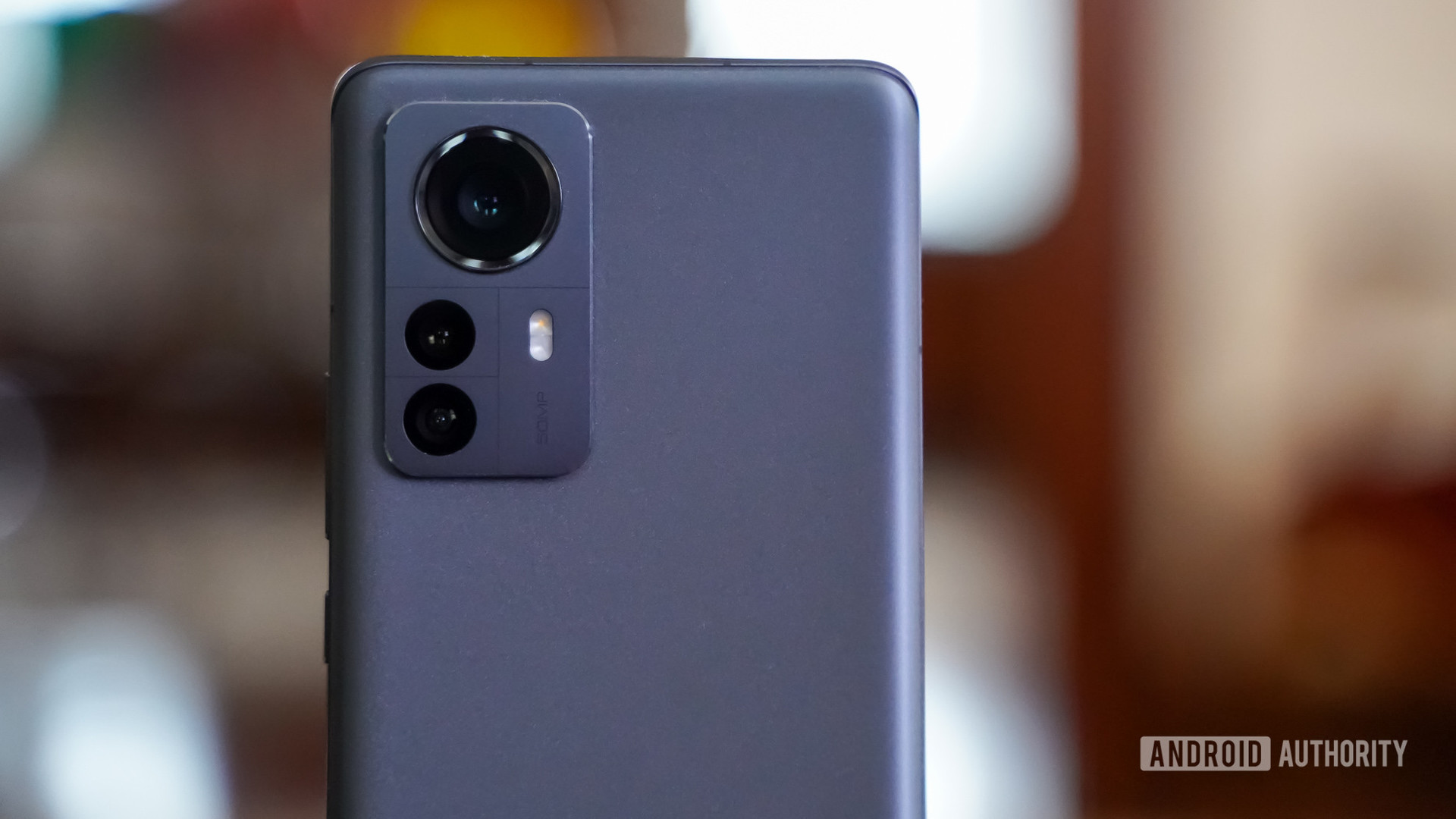 We hope to see the Chinese manufacturer buck this trend and offer a telephoto camera on the Xiaomi 13 to deliver higher-quality zoom. But if Xiaomi decides against a tele lens, then we hope the company offers top-notch image algorithms for short-range zoom. Meanwhile, we’d love to see more impressive tele zoom on the Pro model. 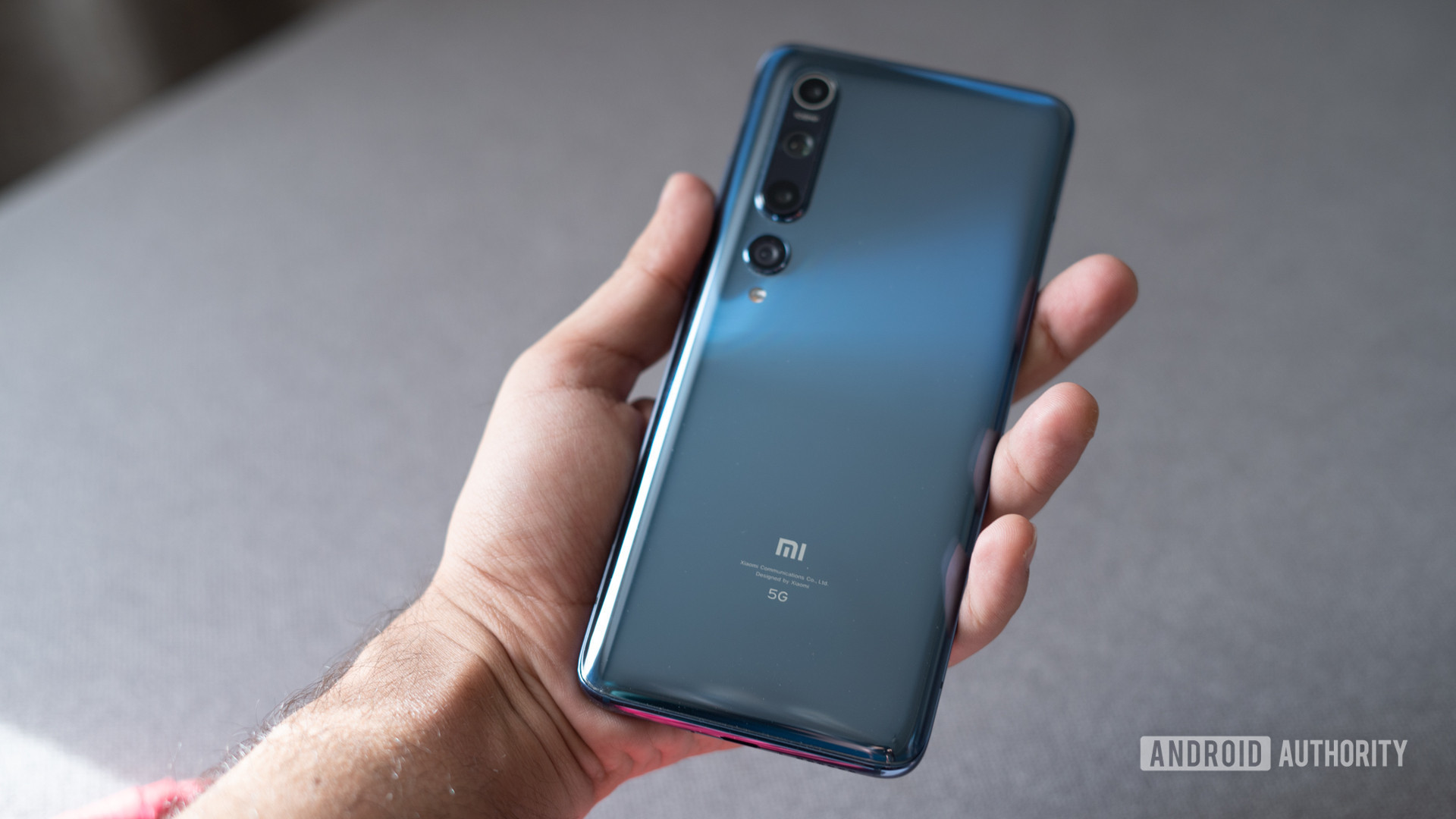 Xiaomi’s mainline Mi range used to be affordable flagship phones in the best sense, offering plenty of value for money. But the game has changed in recent years and both established players (Google, Samsung) and fellow Chinese brands (OnePlus, Realme) arguably offer better bang for the buck these days.

You only need to take a look at the Xiaomi 12’s launch price in Europe, coming in at €799 (~$805). That’s €150 more expensive than the Pixel 7 in the market. We’d love it if the Xiaomi 13 could take the fight to Google and Samsung by delivering a far more competitive price.