Niantic, the company behind the popular Pokémon Go game for iOS devices, this week announced the upcoming launch of its next tile, a virtual pet game called “Peridot.” 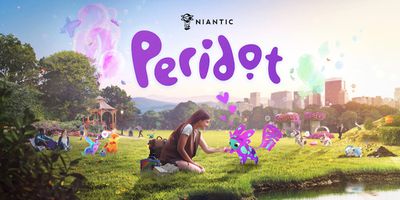 In Peridot, users will care for, raise, and breed virtual pets, sort of like a modern day, iPhone version of a Tamagotchi. The pets are called “Peridots” or “Dots” for short, and players will raise them from birth.

After thousands of years of slumber, Peridots (or Dots for short) are waking to a world vastly different from the one in which they used to roam, and they’ll need our help to protect them from extinction.

You’ll foster your own Peridots as you embark on this experience. These are creatures who feel so real, you’ll love every moment raising them from birth to adulthood. While you explore the world together, you’ll get to learn more about your cute new friends, develop a bond as you nurture and play with them, and work with other players to diversify their species.

Players will care for their Peridot, take them on walks, meet their desires, play games, explore places, discover hidden treasures around the world, take photos, and unlock new Peridot archetypes through breeding.

Kuo: New Apple TV to Launch in Second Half of 2022, Lower Price Possible

As with other Niantic games, there is a real world component to Peridot, with augmented reality versions of the pets able to be broadcast into the real world for walks and playing.

Niantic is soft launching Peridot in select markets in the near future, and the company plans to iterate on the gameplay experience during the testing period. Those who want to learn more can sign up for the email newsletter on the Niantic website.