Monster Hunter’s NPCs are all talk. Every time some cataclysmic elder dragon threatens the balance of the world, it’s all “Yeah, we can do this!” and “Let’s hunt that darn monster!” but when the actual fight rolls around, they push you into the arena alone and wish you all the best. They might play a supporting role off-screen or shout stuff, but it’s always bothered me that in a world filled with hunters, we’re the only ones who ever actually seem to do any hunting.

I can’t help but laugh at those cutscenes where everyone gathers together to brainstorm how to beat the new big bad, when they know full well they’ll be sending you off by yourself as they sit on the sidelines and strategise. It’s a disconnect between narrative and play, but to be honest it’s pretty easy to ignore when 90 percent of the time you’re fighting monsters alongside other players. Still, that doesn’t stop it being a shame.

Wandering around Kamura Village in Rise, or Astera in World, you meet all kinds of cool-looking hunters, and a part of me always wanted to see them in action or to fight alongside a big group of them. Since weapons in Monster Hunter are basically personalities in their own right, it’s fun to see what NPCs use, like when we discovered that the Bunny Dango girl is a bowgun main. One of the few good things about Rampage was the opportunity to use NPCs as emplacements, and catch a brief glimpse of what they could do.

But I just always assumed that we never got NPCs to hunt with because the game was too complex. Monster Hunter is tricky at the best of times and it’s the kind of game where, if you don’t really know what you’re doing as a group, you can actually get in each other’s way. That’s why when Capcom announced NPC followers for Sunbreak, AI hunters that can accompany the player on certain missions, I thought they were going to be janky as hell.

I’m delighted I couldn’t have been more wrong.

Even though Sunbreak is an expansion, it’s the most invested I’ve ever felt in the story of a Monster Hunter game, and a big part of that is down to Fiorayne. This knight joins you as a follower early on, acting as a liaison between the Kingdom and Kamura Village, and she pops up throughout all of the major quests in Sunbreak. But I was surprised by how much depth she actually adds to the fights. 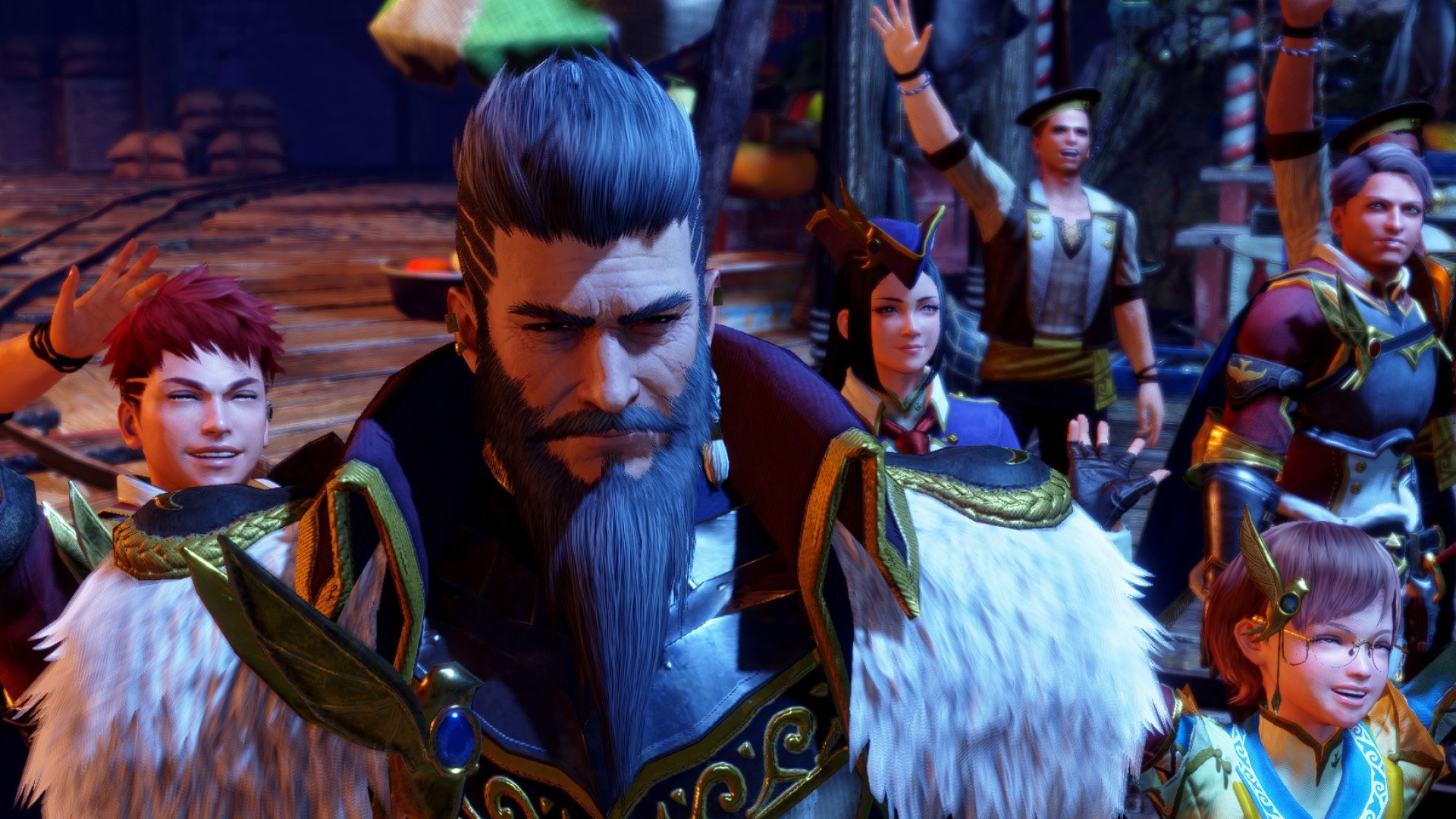 Fiorayne has her own reasons for hunting these monsters and they’re far more noble than my motivation of “harvest monster so I can make cool shit with its bits”. When I was fighting Malzeno alongside her, it felt like a climactic encounter with stakes, rooted in the fiction in a way that Monster Hunter’s ‘regular’ hunts rarely are. Fiorayne’s presence is made more tangible by the fact that she’s incredibly capable, and often in surprising ways: the new NPC hunters will all use support items at appropriate times, plant traps, and even run off to mount other monsters and bring them back to brawl with your prey.

The drama of that Malzeno encounter may have been helped by the incredible theme and wild teleporting attacks, but I found myself getting invested in Fiorayne and her motivations. For once, I wasn’t the protagonist of Monster Hunter; there was a reason to fight beyond getting better stuff.

I love the Monster Hunter setting and its weird creatures, but its story rarely captures me, and I think a big part of that is that hunts have always felt like a separate thing. But it’s amazing how having an actual character from the world fight alongside you, and act in a manner befitting a great hunter, can totally remove that separation. 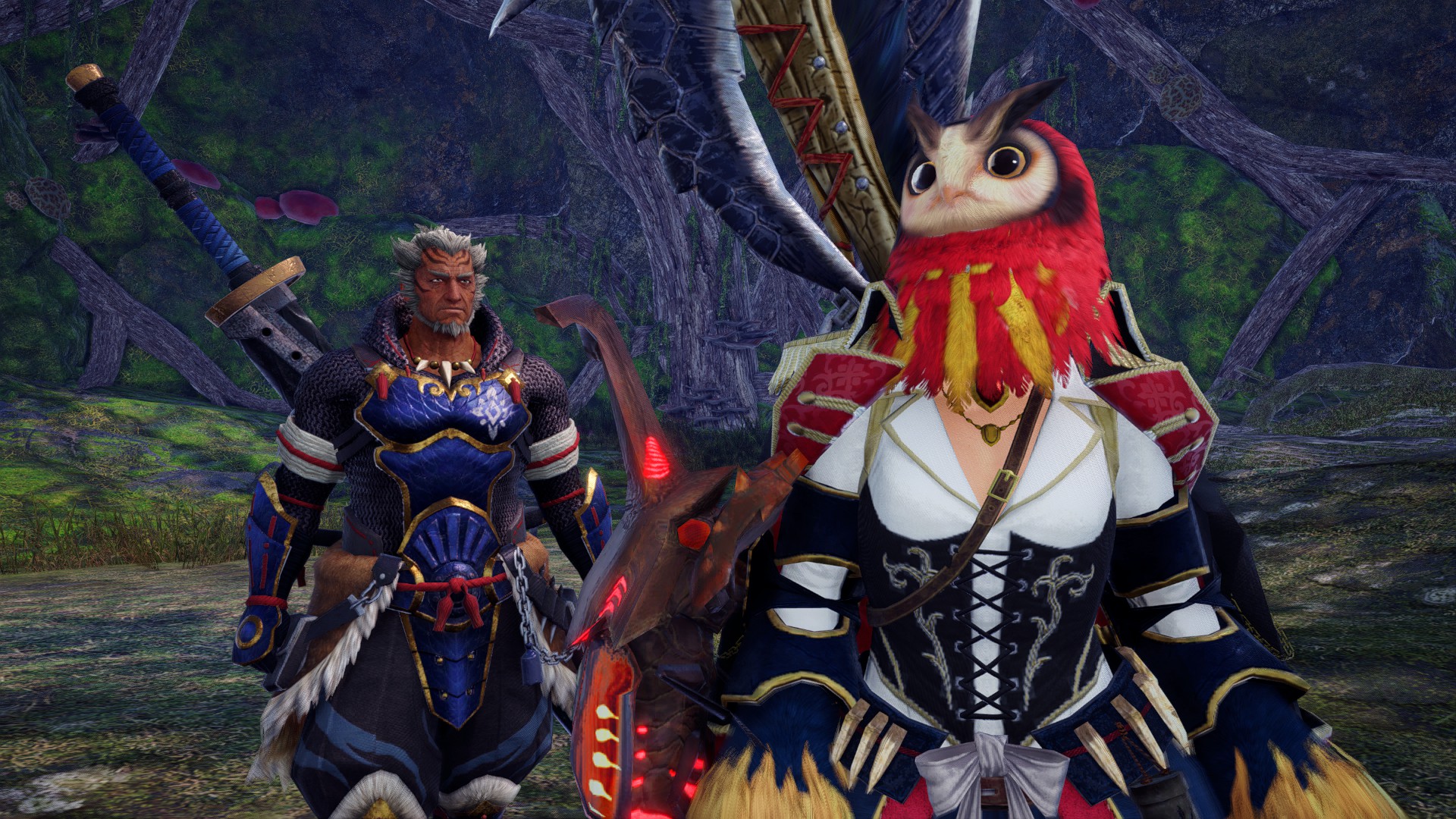 As you play through Sunbreak you can unlock new hunters from Elgado Outpost, as well as older characters like Hinoa, Minoto and Fugen, and party up with them in whatever combo you want. I think maybe the most Fugen moment ever was when he asked me if I wanted to go hunt two Master Rank Magnamalos as if we were going for a walk in the park.

But all of the new Followers have their own interactions and quirks, whether it’s Dame Luchika going completely overboard or Admiral Galleus’s tight-lipped stoicism. NPC followers are a great way of exploring those hunter eccentricities and the reality that to put on armour, grab an oversized weapon, and fight hellish creatures, you probably have to be a bit unhinged.

A new Monster Hunter World may still be a fair way off, but I really hope that NPC companions become a staple of the series after Sunbreak. Taking a backseat to Fiorayne’s journey was super-refreshing and actually made me care more about what was happening story-wise. In the end my character is just a voiceless protagonist who’s going to kill every monster you put in front of them; given that structure it makes much more sense for the story to explore other characters, and Sunbreak shows NPC companions are the perfect way to do it.