The Google Pixel 6 Pro holds one of the top spots in the Android smartphone market and is asking slightly less than the competition. While multiple flagship handsets have challenged Google’s best, all of them have been priced just a little higher, giving it the edge when it comes to value. The OnePlus 10 Pro arrives with plenty of anticipation upon launch and matches the Pixel 6 Pro’s price tag. We’re here to help you decide which of the two awesome handsets is the right one for you in our OnePlus 10 Pro vs Google Pixel 6 Pro showdown. 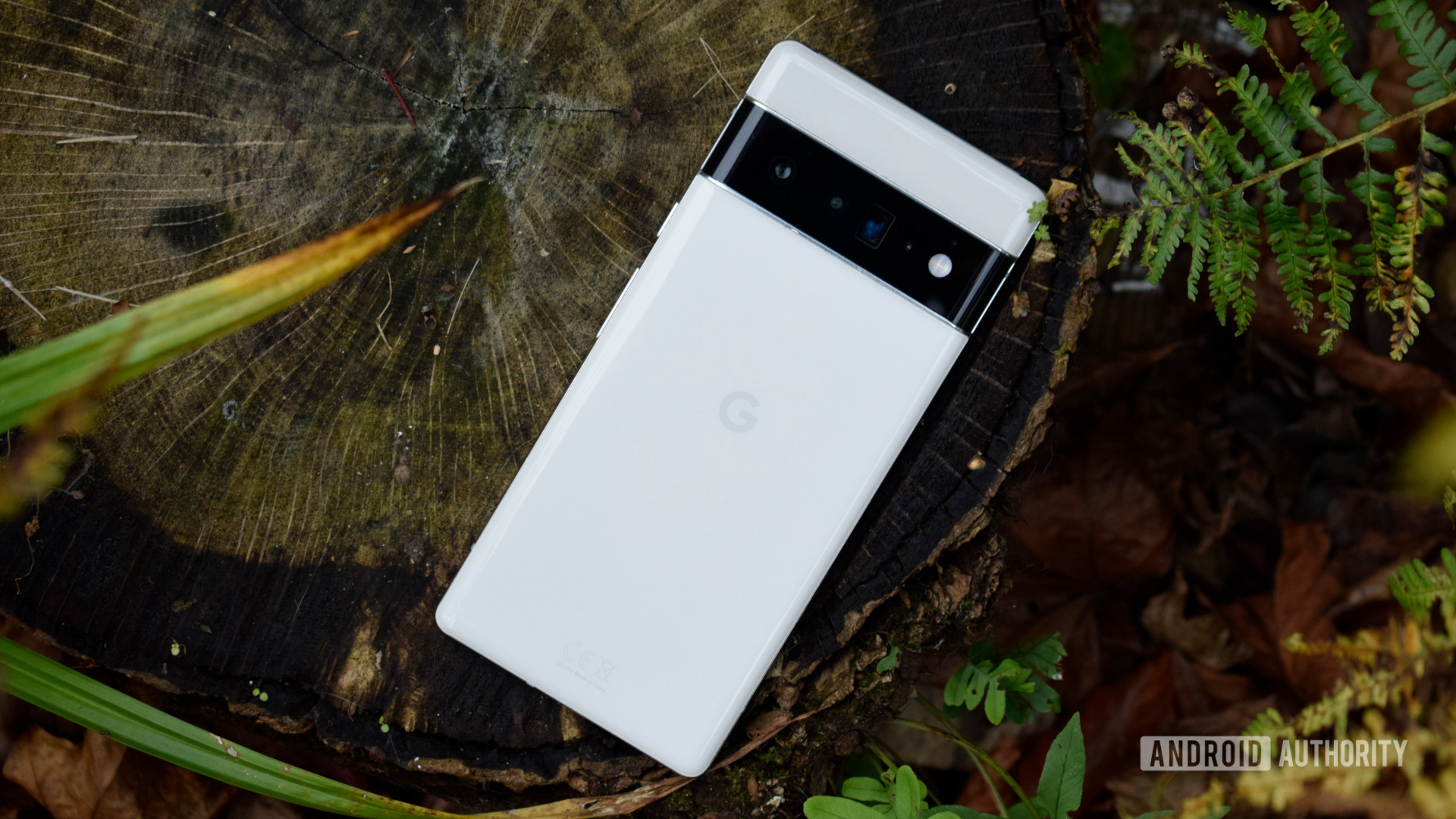 The Google Pixel 6 Pro sports a polished metal alloy frame, paired with Gorilla Glass Victus on the front and back. This makes the phone look great, but the super-polished glass can be slippery and prone to fingerprints or smudges. The phone is large and a bit heavy at 210g, but that adds to the premium feel. Many of you will notice one more critical design element, which is the camera bump, now spreading across the phone from side to side. It certainly looks more distinctive than most phones’ corner bumps, but whether you like it or not will come down to personal taste. 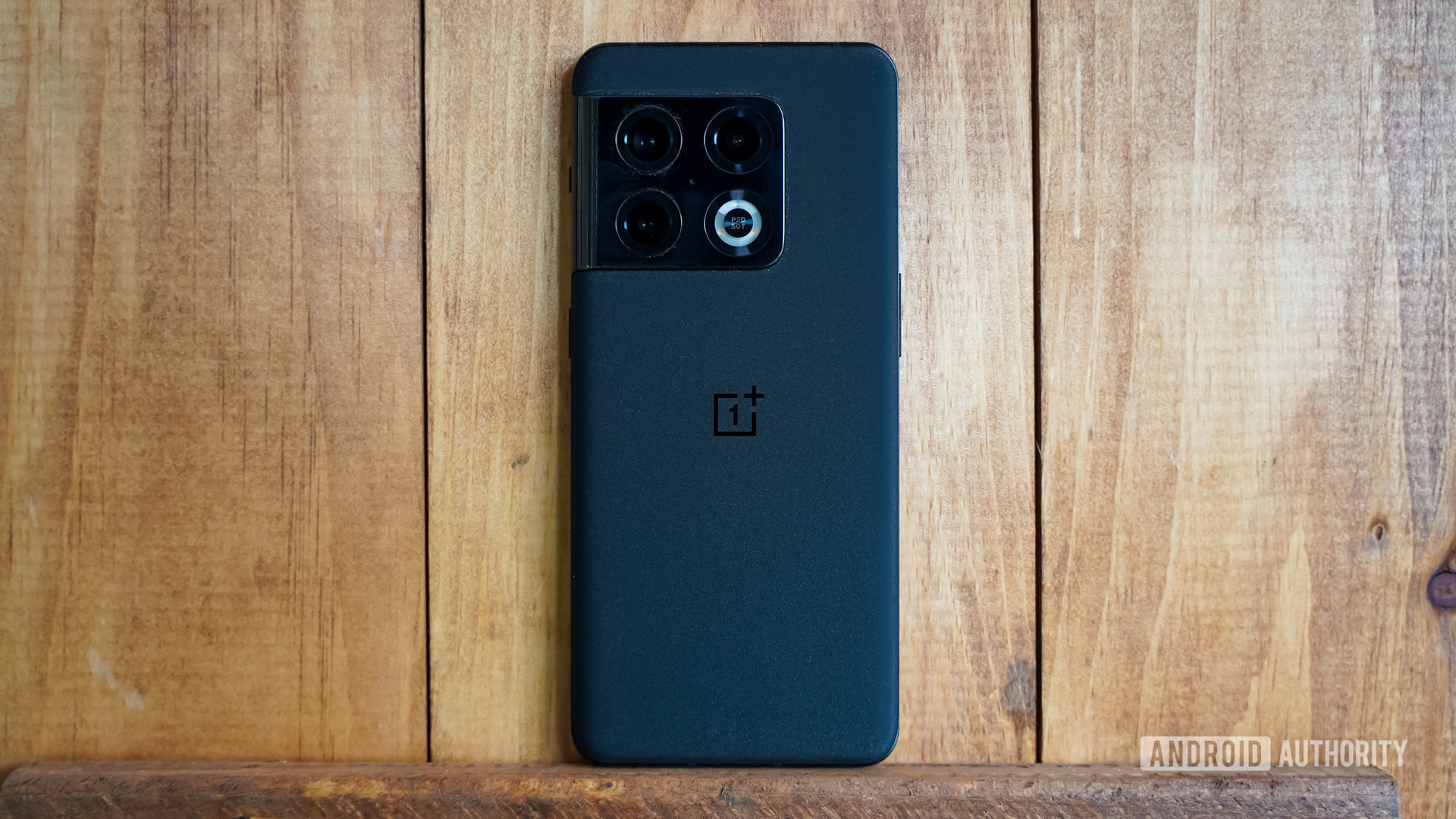 OnePlus made an equally well-designed phone with the OnePlus 10 Pro, but it has its differences. The Chinese manufacturer decided to go with a Gorilla Glass Victus front and metal frame, just like the Pixel 6 Pro. The back is made of Gorilla Glass 5, though. If you’re not a fan of the slippery Pixel 6 Pro surface, you’ll be happy to know the OnePlus 10 Pro comes with a textured back.

One major design downside to the OnePlus 10 Pro is its lack of IP rating on all but the version you can buy from T-Mobile. The Google Pixel 6 Pro has an IP68 rating. You could always get a waterproof phone pouch for the OnePlus 10 Pro, but it’s nice to have certified water protection without the need for accessories. It’s always been hard to beat Google camera phones, and OnePlus hasn’t exactly been known for its photo prowess. OnePlus made strides in camera capabilities with the OnePlus 9 series, which finally delivered more consistently acceptable results. The OnePlus 10 Pro builds upon these improvements, but takes a strange step back in some regards.

The OnePlus 10 Pro comes with a 48MP primary camera, a 50MP ultrawide shooter, and a telephoto lens with an 8MP sensor. The partnership with Hasselblad continues to pay off, as we’ve been generally pleased with the exposure, color theory, and overall look of the images. We can’t exactly say they’re up there with Google’s computational photography, though, and the Pixel 6 Pro has gotten much more adventurous with its new camera system.

OnePlus’ partnership with Hasselblad continues to pay off, but the results still aren’t up there with Google’s computational photography.

Google took its Pixel 6 Pro as the perfect chance to innovate. Aside from the camera bar design, the added cameras make a huge difference in the shooting experience. The Pixel 6 Pro features a 50MP wide lens as its primary shooter. This comes as a surprise, given the company stuck with 12MP and 16MP shooters for a long time. You can also enjoy a 12MP ultrawide option and a 48MP telephoto lens. Google’s telephoto camera can achieve up to 4x optical zoom, but the OnePlus 10 Pro stops at 3.3x optical zoom.

The biggest difference is the ultrawide camera, with OnePlus’ shooter opting for an extremely wide 150-degree lens that opts for heavy distortion for effect. We weren’t too impressed with this camera in our testing. The Pixel 6 Pro sticks with a more reasonable 114-degree shooter, which is far from the best out there, but it’s perfectly capable. 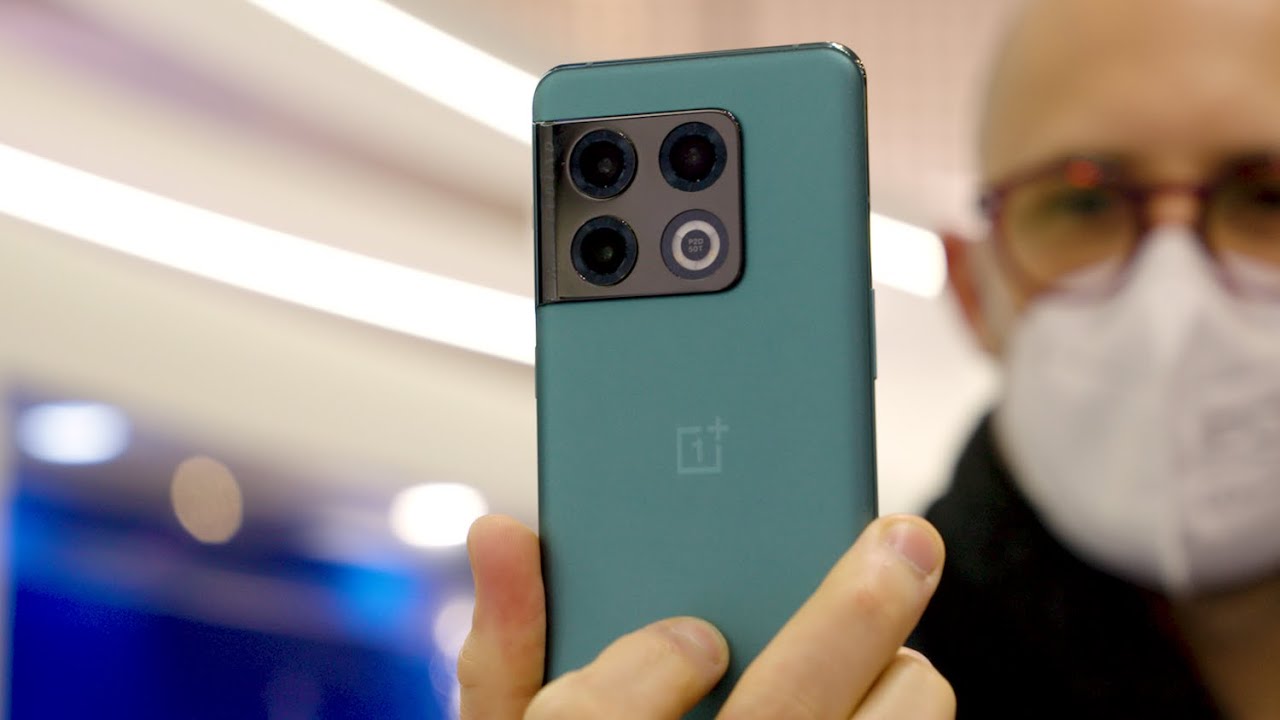 We can’t spend all day talking about cameras, so let’s move on to other hardware. Both devices will undoubtedly offer outstanding performance, but it’s hard to compare them, given Google’s move to its own silicon. The Pixel 6 Pro comes with a Google Tensor chip and 12GB of RAM. Meanwhile, you’ll find a Snapdragon 8 Gen 1 and 8GB of RAM as standard on the OnePlus 10 Pro.

Size matters when it comes to flagship smartphone batteries, and thankfully, both devices have ~5,000mAh batteries so you have plenty of juice to run all those powerful components and power-hungry displays. This is enough to offer six to seven hours of screen-on time and over a day of average use on a single charge on both devices.

OnePlus takes the edge in terms of charging speeds, though. It can charge at 80W for international versions and 65W in North America. The OnePlus 10 Pro can also handle 50W wireless charging with the official OnePlus charger. Meanwhile, the Google Pixel 6 Pro lags behind at 30W wired and 23W wireless charging. Both also support reverse wireless charging. 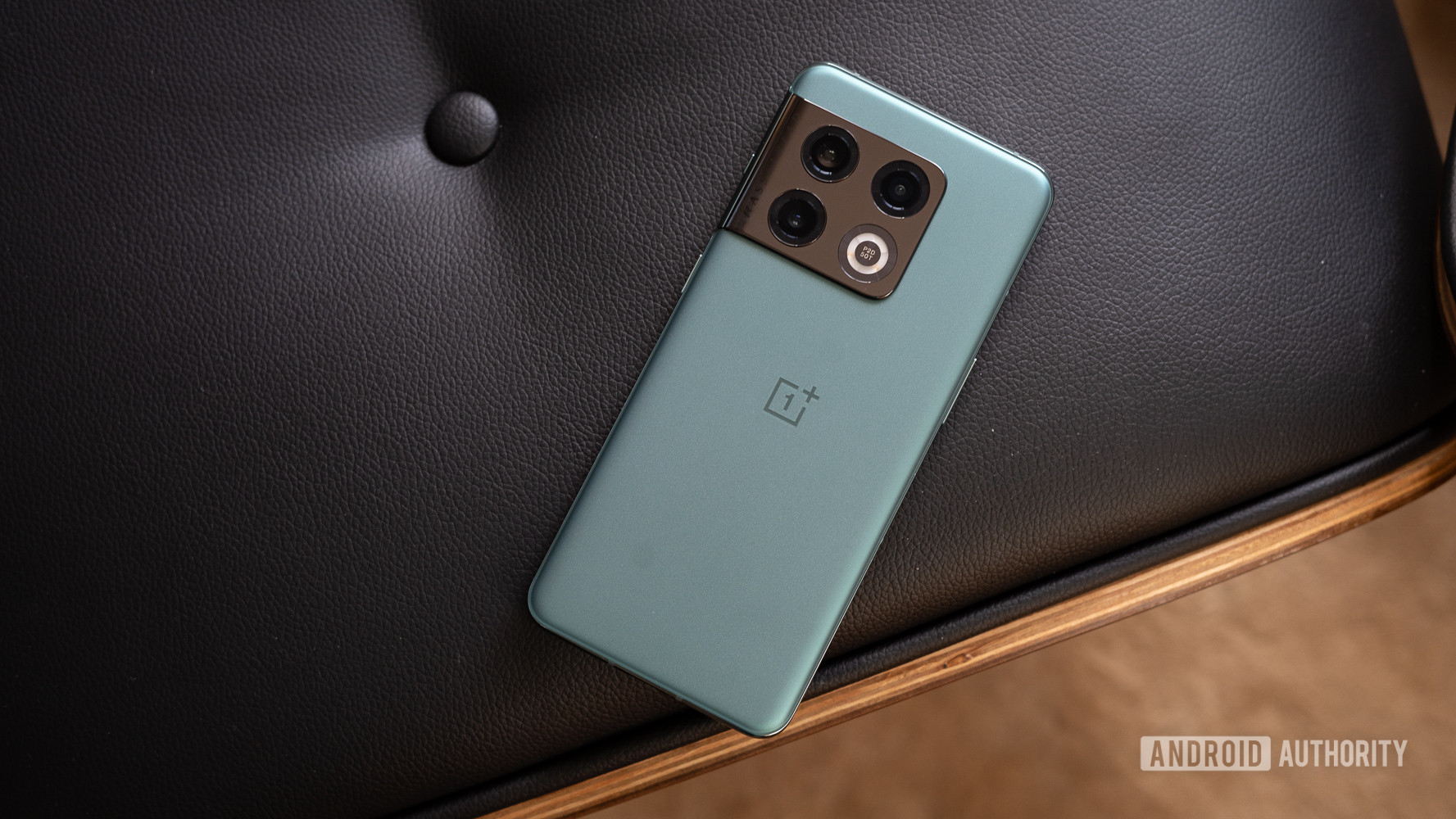 OnePlus is no longer the “flagship killer” it once was. The company was known for offering impressive specs for a meager price, which has changed in recent years. The Oneplus 10 Pro is now more in line with the Google Pixel 6 Pro at an $899 starting price. That’s still an excellent price point in the current market, especially considering it matches the Pixel 6 Pro, which is also known for undercutting the competition. Both devices would probably cost over $1,000 if they came from other manufacturers.

You might still get a bit more for your money if you go with the Pixel 6 Pro, though. All Pixel 6 Pro configurations carry 12GB of RAM, and it still comes with an IP68 rating. Not to mention the legendary Pixel camera, which is still hard to beat, even by the most expensive handsets out there. 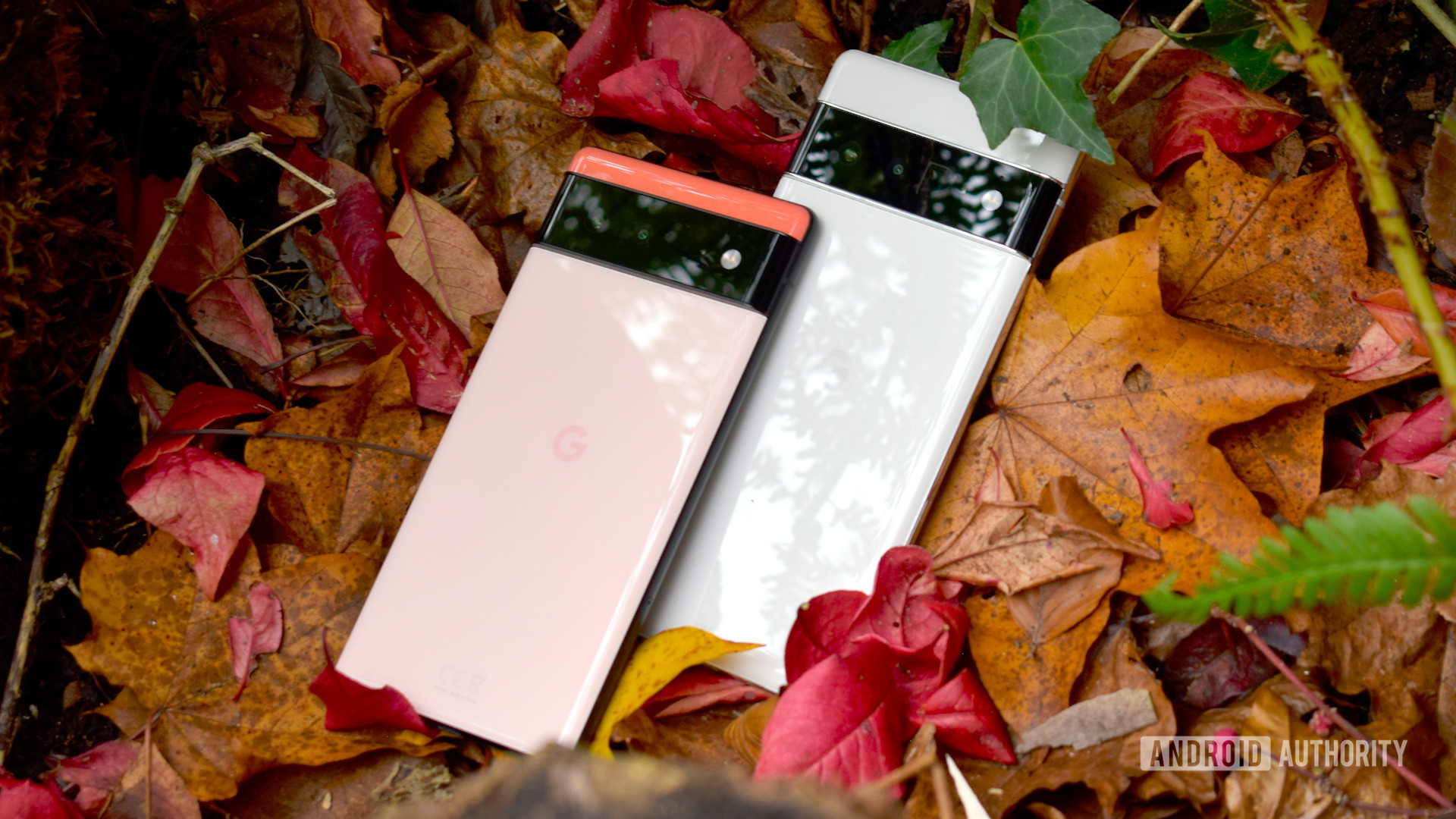 If you care for colors, the OnePlus 10 Pro will come in two variations for North America, Europe, and India: Volcanic Black and Emerald Forest. There’s also a Panda White version available in China, and you’ll need to get the top configuration with 12GB of RAM and 512GB of storage to get it. However, we don’t know if this version will come to other markets.

Other options: The best Android phones

Over on the Pixel 6 Pro, we’re pleased to see Google make a return to two-toned finishes. While we didn’t get the classic panda version as an option, you can choose from Cloudy White, Sorta Sunny, and Stormy Black. Cloudy White offers a combination of white and light gray glass with a silver frame, while Sorta Sunny is the de facto gold option. Stormy Black combines two shades of dark gray with a glossy black frame. 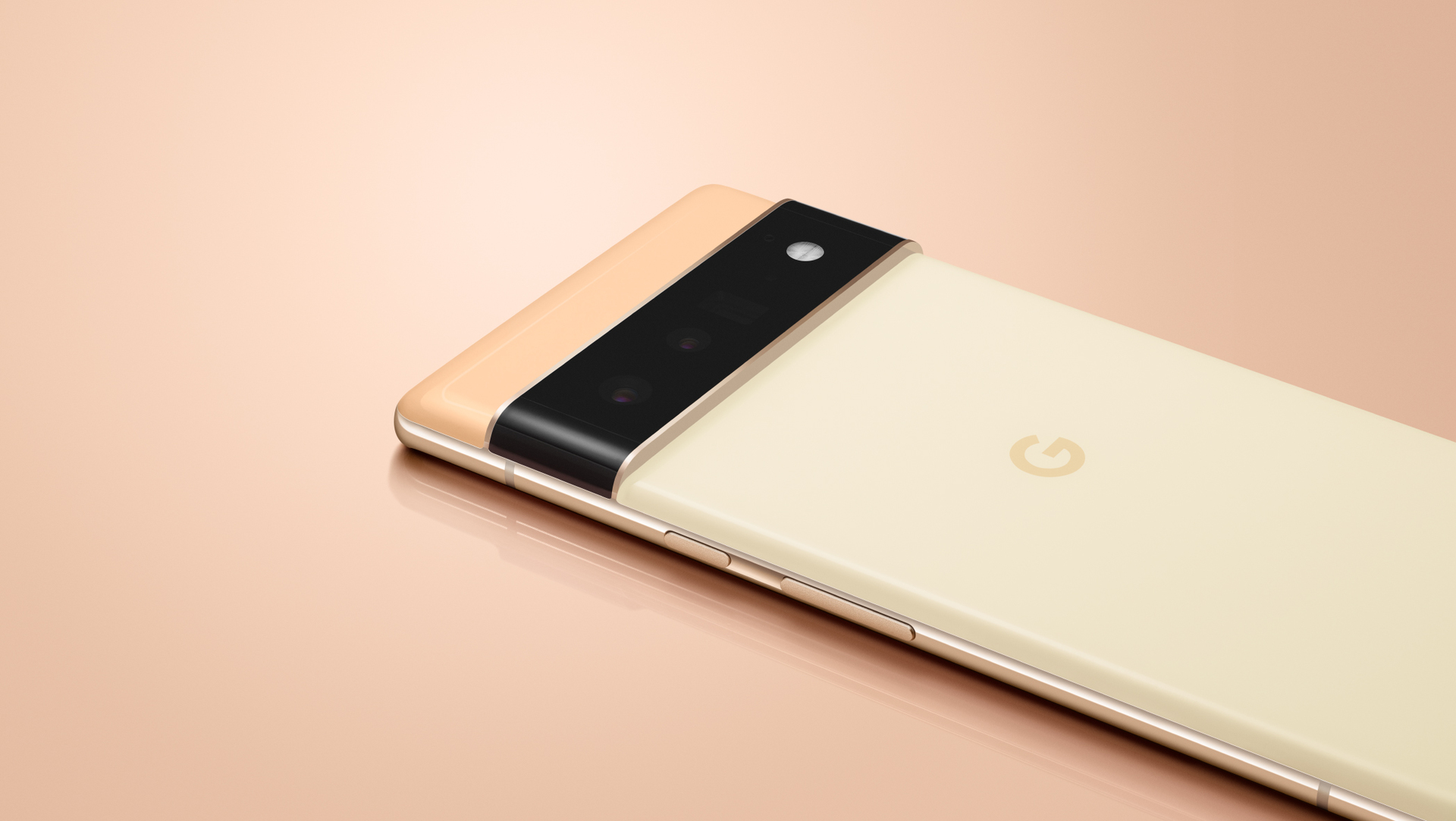 The Pixel 6 Pro outshines its little brother with a 6.7-inch QHD+ display and 120Hz refresh rate. It has the same two rear cameras as the Pixel 6 but with an additional 4x optical telephoto lens. 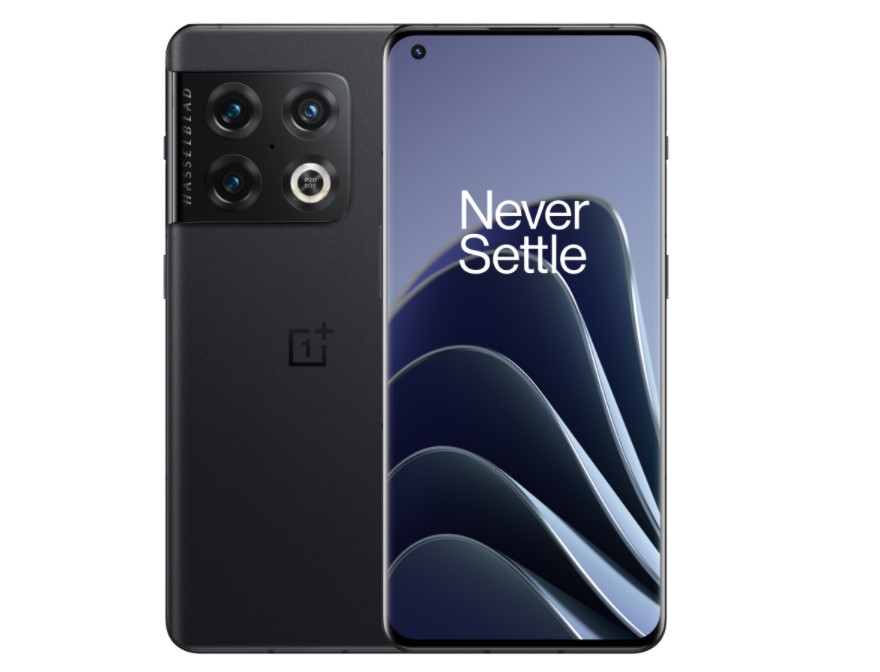 The OnePlus 10 Pro finally receives its global launch. It comes with several hardware upgrades over its predecessor, including the Snapdragon 8 Gen 1 processor, a huge 5,000mAh battery, and 80W fast wired charging (65W brick only in US). 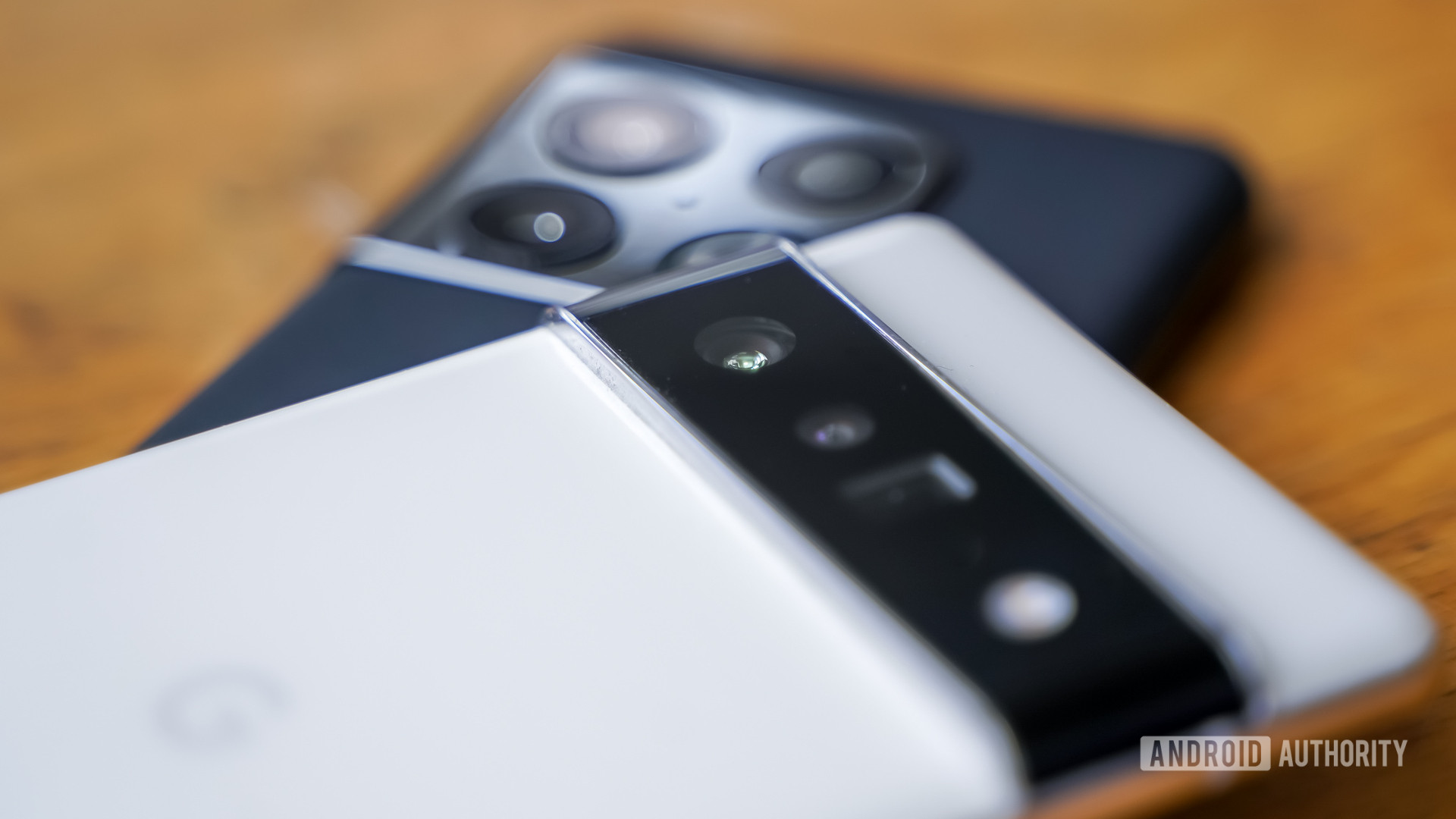 We’ve broken down all the details and their respective advantages and disadvantages. Now it’s time to answer the question we’ve been asking ourselves this whole time: which is the better phone? You may have noticed both devices are very similar in many ways, and even the starting prices are identical, but there are some key differences.

The OnePlus 10 Pro comes with a great proposition, offering a gorgeous display, powerful performance, and rapid charging. The Google Pixel 6 Pro has an amazing camera system and exceptional computational photography backing it. It also has the advantage of an IP68 rating, which the OnePlus 10 Pro lacks. You’ll also enjoy timely Android updates, the promise of three years of upgrades and five years of security updates (as opposed to three and four, respectively, from OnePlus), and software experience that comes with exclusive Pixel extras. We’re unsure if those slight improvements make the OnePlus 10 Pro worth letting go of Google’s safe embrace. Having support directly from Google, a better camera setup, and the peace of mind of an IP68 rating are probably worth more than faster charging and slight improvements to the screen. You could also enjoy most of the benefits of the Pixel 6 Pro by getting the Pixel 6 ($599), which is significantly cheaper.

Have you made up your mind about your next phone? Let us know in the poll below.

Which phone are you getting?