Ah, the ’80s. Synth music, neon lights and fashion ahead of its time. Many would argue it also produced some of the best video games ever made. Nitro Kid is a new game from Wildboy Studios and tinyBuild set in this golden era of glam, but that draws on some of the design and systems popular today.

Nitro Kid throws players into an alternate 1980s America where an evil corporation named Infinity is kidnapping kids with super powers to turn them into weapons and “environmentally friendly” energy sources. Obviously, this isn’t a nice thing to do, so players are tasked with infiltrating Infinity’s towers and going floor by floor roundhouse kicking baddies and rescuing these kids before they’re used for nefarious purposes.

Nitro Kid’s gameplay is a combination of deck building and grid-style combat where players can see where enemies will attack next and use their cyber martial arts attack cards and the environment to wipe the floor with goons before moving on to the next floor. This structure reminds me of action classics like Bruce Lee’s Tower of Death or the more recent Dredd movie, where heroes are fighting their way through progressively more difficult floors. 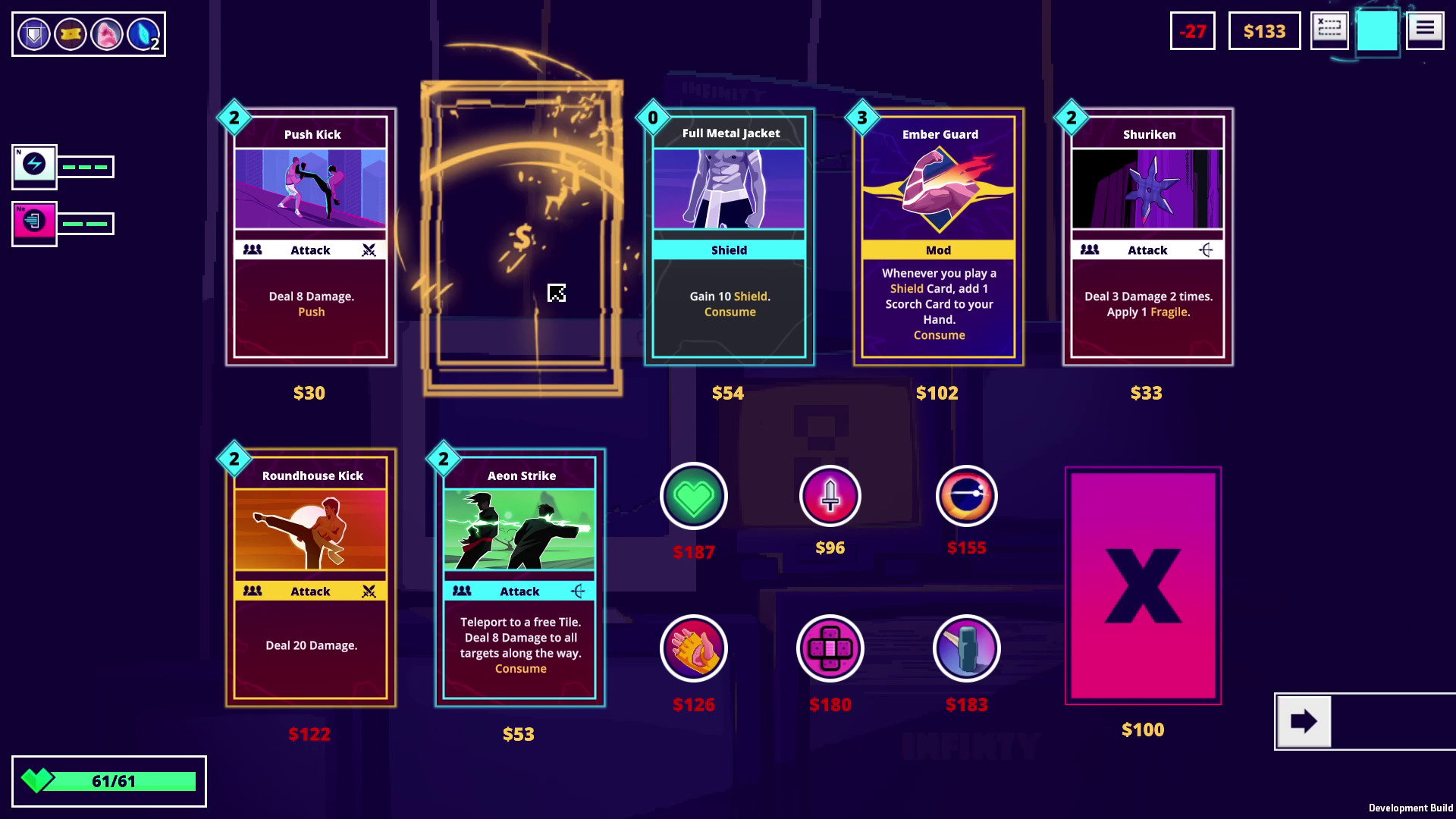 Great music was a priority for Nitro Kid’s developers, who worked with some of the most talented current synthwave artists to create more than 30 unique tracks exclusively for the game. The trailer and Nitro Kid’s free demo give a taste of what the full tracklist will sound like. Wildboy Studios hasn’t released the artists involved just yet, but they will soon so keep an ear out to learn more. 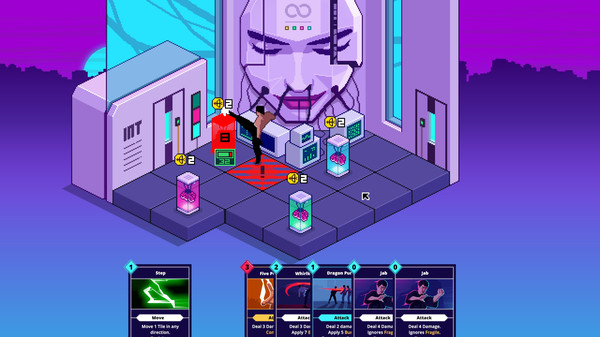 There’s a lot to love about Nitro Kid. The retro graphics will spark nostalgia for any fans of the 80s, the combination of card and grid-based gaming opens up unique new strategies for destroying baddies, and there’s a fantastic new-yet-retroish soundtrack covering the whole thing.

Nitro Kid is coming out later this year so be sure to wishlist the game now on Steam and download the free demo to check it out before it launches. Have fun!