If you were worried that the real-life foam firing version of the infamous Gjallarhorn rocket launcher from Destiny would be disappointingly kid-sized, you can put those fears to rest: Bungie has just revealed what an actual blaster looks like — and when fans can get it. 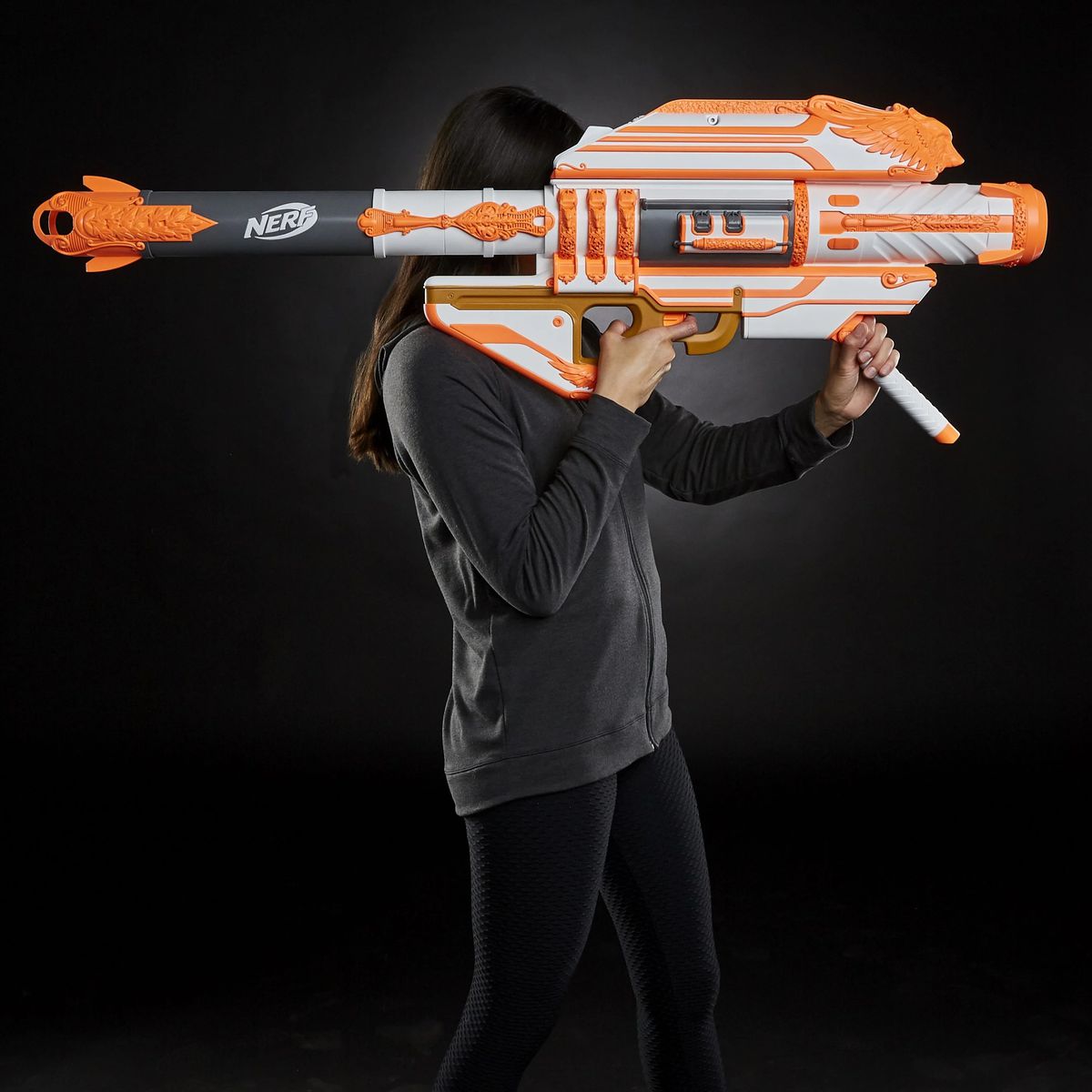 Preorders for the over 4-foot-long, 1:1 scale blaster will begin July 7th at 10AM PT / 1PM ET, and existing Gjallarhorn owners get dibs. If you’re looking to purchase the prop-grade Nerf LMTD blaster, you need to unlock it in-game in the Destiny 2 Bungie 30th Anniversary Pack before July 7th at 9AM PT before you can join the “virtual waiting room” for your purchase. So, you’ve got just over a week. If there are any left, Bungie will put them up for sale beginning July 21st.

Now for some bad news: the price has gone up $25 without explanation. It’ll now be $185 instead of the $160 that Bungie announced last December. And there’s no word yet on even a rough estimate of when it might ship. A previous Nerf LMTD product took over a year to arrive. Others are still inbound.

You also shouldn’t expect this Gjallarhorn to fire rockets that split into multiple darts like we’d hoped. In a larger reveal on Bungie’s website, the designers have clarified that you’ll load a shell that houses three of Nerf’s large Mega darts, and you’ll see those three Mega darts simultaneously leave the barrel. Admittedly, that makes a lot more sense for Nerf physics and safety constraints than firing off a rocket.

“With that shell, we’re shooting three of those MEGA darts at once, which gives that visual sense of the Wolfpack Rounds swirling and flying through the air towards your target,” says Nerf senior project engineer Justin Saccone. You get three of those Mega shells and nine darts in total.

We wanted to integrate how it reloads in the game so the entire top housing of the Blaster itself shifts forward, it opens the loading bay just like it does in the game, you pop the shell in just like the animation, and then you pull it back and you’re ready to blast off a burst of three MEGA darts, which is super awesome. It’s the first time at NERF that we’ve ever done an easily reloadable MEGA dart shell that fires multiple MEGA darts at once.

Unfortunately, Bungie and Hasbro haven’t provided any photos or video of that mechanism in action, so you’ll have to use your imagination for now. They also don’t say how the priming mechanism works — and there’s been no hint at its range or power.

Amazon’s updating the foundation of Fire OS to Android 11