Motorola’s Moto G Stylus (2022) offers a few nice improvements but is ultimately a confusing sidestep where the welcome upgrades are canceled out by questionable downgrades and legacy issues. If you desperately need a budget phone with a built-in stylus, the Moto G Stylus 5G is a smarter buy.

The stylus phone has become an endangered species these days. LG’s Stylo line is no more, and the Galaxy S22 Ultra costs more than many people are willing to spend. That leaves Motorola alone to carry the torch for an affordable version of the beloved feature. Does its latest Moto G Stylus model do enough to keep people coming back for more? Find out in our Motorola Moto G Stylus (2022) review.

The Moto G Stylus (2022) is the latest in a long line of budget phones from the brand. However, it’s in a bit of an interesting position. Motorola already added to its stylus-toting series with the Moto G Stylus 5G last June, but this is a successor to the non-5G version and only offers LTE as a result. Does that mean we can expect an updated 5G stylus phone in the coming months? We’ll have to wait and see.

The Motorola Moto G Stylus (2022) offers one base configuration, carrying 6GB of RAM and 128GB of storage. Our reviewer’s guide mentions a 4GB and 64GB version, though we don’t have pricing information, and it may be a carrier-locked configuration. No matter the version, all Moto G Stylus (2022) devices will arrive with a Mediatek Helio G88 onboard — a switch we first saw on the Moto G Power (2022).

Our Motorola Moto G Stylus (2022) arrived with Android 11 straight out of the box, and we can expect one full version update with two years of security patches. That means the device will see Android 12 but no further support.

The Moto G Stylus (2022) finishes with a familiar 6.8-inch LCD panel, complete with a 90Hz refresh rate and Full HD+ resolution. It also picks up a few extra pixels and shifts the punch hole selfie camera to the center. You’ll get a hefty 5,000mAh battery to keep you moving and 10W wired charging (with a charger in the box). Motorola also notes that the phone is water repellant but not waterproof. That’s not a big surprise at this price range, though it is odd when you consider that 2022’s Moto G Power carried an IP52 rating.

Motorola’s stylus-toting device might not face much competition if you really need a dockable pencil, but it’s not without its rivals for those that just want a solid budget phone. Samsung’s Galaxy A13 5G is more affordable at $249, but it offers the same battery capacity with faster 15W wired charging. It also packs 5G support thanks to Mediatek’s Dimensity 700 processor. The existing Moto G Stylus 5G is an enticing alternative too — the price has come down since launch, and you get 5G speeds with more built-in storage, plus it keeps the titular stylus. 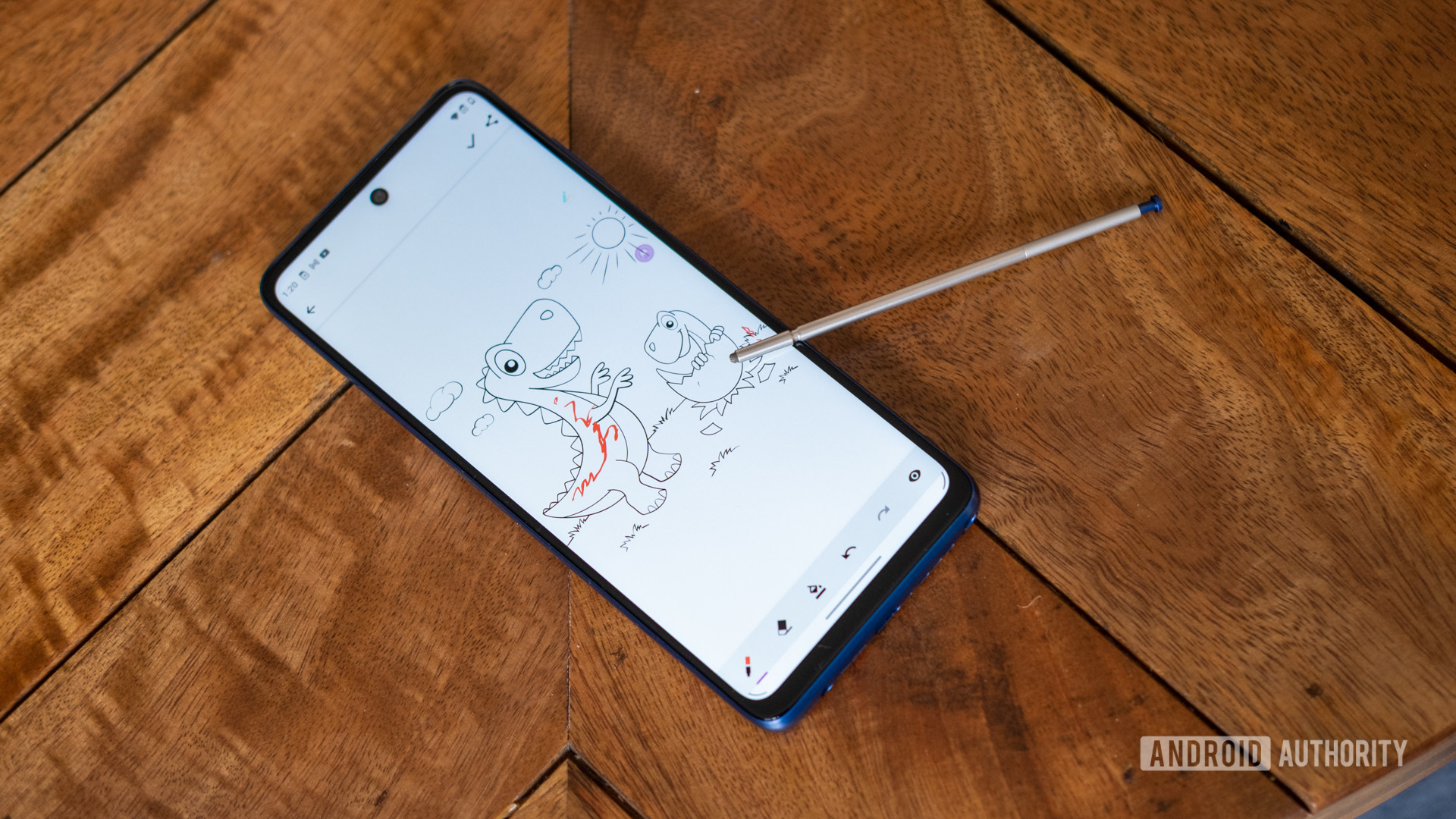 Motorola took some good steps forward with its latest Moto G Stylus device. For example, it finally got rid of the underpowered macro lens. Instead, the 8MP ultrawide lens pulls double duty to help out with extreme closeups. The results aren’t life-changing (check out some macro samples below), but it’s more practical than a throwaway 2MP snapper will ever be. Motorola’s mildly upgraded 50MP primary lens performs well, too. Images bin down to 12.5MP by default, but it’s easy to swap for a full resolution shot.

The Full HD+ display isn’t new for the Moto G Stylus family, but it’s worth mentioning on a $300 device intended for use with a stylus. It’s plenty large, has been upped to a 90Hz refresh rate for smoother animations, and the interface welcomes the use of Motorola’s built-in stylus. As soon as you click the pen from its housing, the phone opens a small menu. From here, you can access your Google Keep, a drawing pad, and ways to capture screenshots or create GIFs. The drawing pad also includes a few coloring pages if you need to keep your kids entertained.

Motorola’s stylus might not have the flash of the S Pen, but it brings an impressive amount of flexibility to a budget phone.

Motorola made some lofty claims of two-day battery life for its Moto G Stylus (2022), but they hold up. I had no problem avoiding outlets for a couple of days at a time, and I usually had some remaining charge when I returned home.

I’m on board with the continuation of the side-mounted fingerprint reader, too. It seems to be Motorola’s preferred positioning for the Moto G Stylus family, and it was easy to find with my thumb even when I pulled the phone from my pocket. I can see the ambidextrous benefit in a rear-mounted fingerprint reader (like the Moto G Pure and Moto G Power), but the power button is easier to reach in this case.

Check out: The best budget phones you can buy

Motorola’s stylus might not be as fancy as Samsung’s S Pen, but I appreciate it nonetheless. It’s mostly metal, so it feels heavy enough in the hand, and the round design means you can slide it in and out of its housing without a second thought. The mesh tip gives you some semblance of pressure sensitivity, too, since the mesh flattens when you push harder. 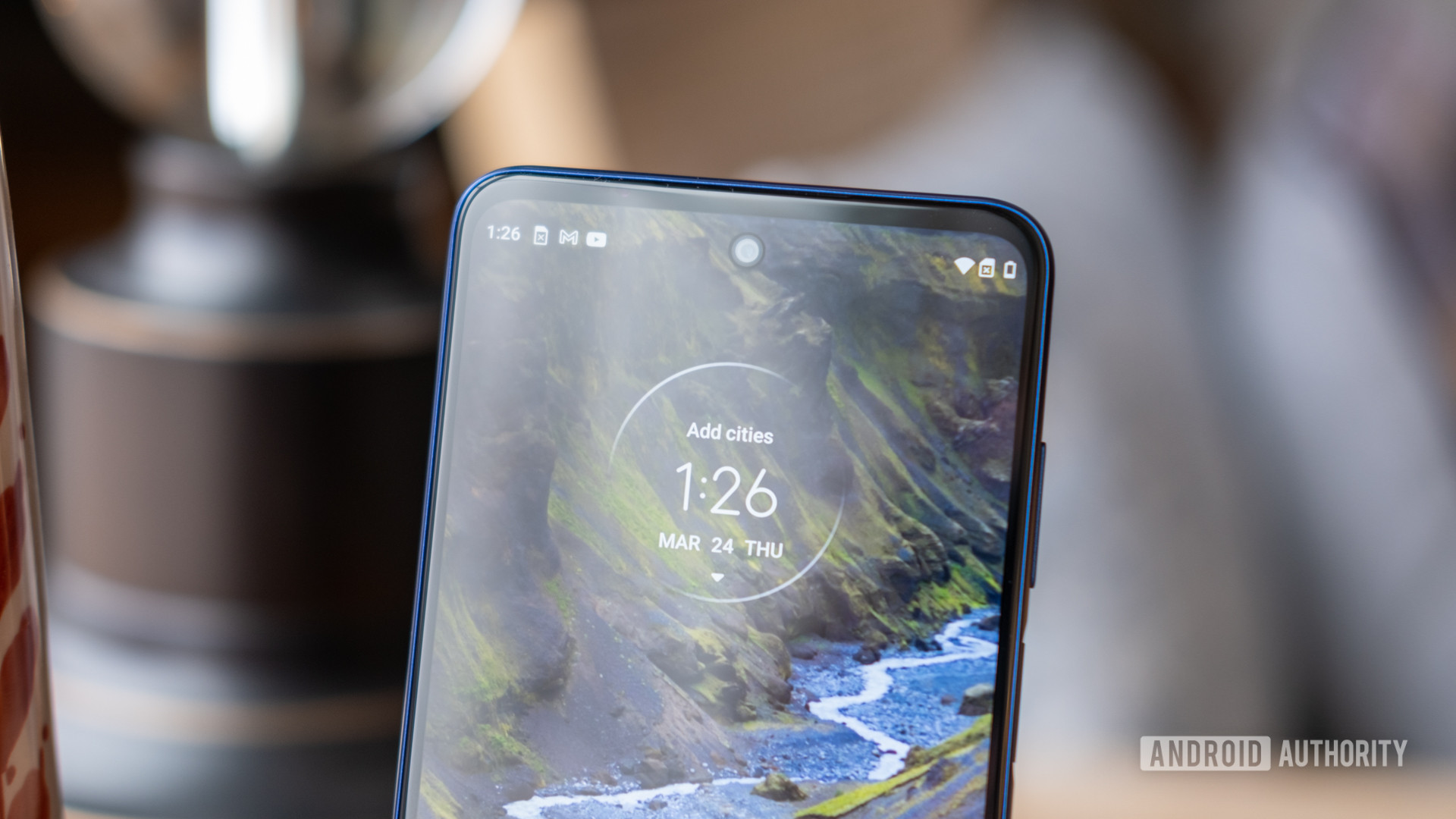 Let’s get one thing out of the way — this phone is tall. The Motorola Moto G Stylus (2022) is taller than the Google Pixel 6 Pro, Samsung Galaxy S22 Ultra, and most other large phones on the market. Unfortunately, most of that extra height comes from thicker bezels along the top and bottom edges, so you’re not gaining much in usable display real estate. Built-in stylus aside, the design makes the Moto G Stylus effectively impossible to use one-handed. There’s just no way to reach the top edge.

In the past, we’ve given Motorola plenty of praise for the finishes on its phones. Devices like the Moto G Play and Moto G Pure have skipped the glossy finishes in favor of anti-fingerprint designs. That trend comes to a sharp end with the Moto G Stylus. It has a polished blue finish, which is a nice color, but you can’t touch it without leaving a bevy of fingerprints. With the way the phone catches the light, those fingerprints become all the more noticeable.

The selfie camera’s default beauty filter is anything but attractive.

The Moto G Stylus (2022) makes an interesting decision with its selfie camera — aggressive beauty filtering that’s turned on by default. It’s exaggerated to an almost comical level and caught me completely off guard when I opened the camera for the first time. You can turn the feature off, but the selfie camera still softens colors much more than you would expect. Results tend to come out a bit muddy, even with a clean lens in good lighting. The edge detection on the portrait mode is also very fuzzy. Motorola’s move to Mediatek processors is a continuing trend, but it doesn’t seem to be one for the better. The Helio G88 is fine in everyday performance for a phone at this price, but in benchmarking it registers as a downgrade from the Snapdragon 678 found inside the previous generation Moto G Stylus. While it’s not sadled with lag and stutter like 2022’s Moto G Power — another phone which transitioned to Mediatek’s Helio chips — a downgrade is still a downgrade. The G Stylus 5G also handily outpaces this LTE-only version. Speaking of speed, the 10W wired charging may be in line with most of the Moto G series, but it’s still slow. It works out to about 50% charge per hour, taking more than two to fill the cell.

Worse than the processor regression or slow charging is Motorola’s commitment to future upgrades, or rather, the lack thereof. The Moto G Stylus (2022) is only tapped to receive Android 12 — an Android version that has already been available for almost half a year at the time of this writing. You’ll get two years of software patches, too, which pales compared to the four years that Samsung has promised for its Galaxy A13 5G. The Galaxy A13 5G will also see a second year of Android version support, which offers at least a little bit of future viability.

And finally, NFC — this is yet another budget Motorola phone that doesn’t have it. That means no Google Pay support for contactless payments. This continues to be a bewildering omission when basically every other smartphone at this price offers the feature and has done so for years.

The Moto G Stylus (2022) is at a weird crossroads in its life. The Moto G Stylus 5G is a much better phone that you can still buy for not a lot extra, and there are only moderate improvements over the previous 4G LTE model. The larger battery is nice, but it’s held back by weak 10W charging. Motorola boosted the base RAM, but the processor, while solid enough, is technically a step down from its direct predecessor. The 90Hz refresh rate is a nice addition to an already decent display, but this is another budget phone from Motorola with no NFC and a poor software guarantee. What we’re left with at the end of all this is a weird sidestep where the welcome upgrades are canceled out by questionable downgrades and legacy issues.

If you’re searching for an affordable stylus phone, the Moto G Stylus (2022) is the newest you’ll find, but that doesn’t mean it’s right for you. There are plenty of other budget-friendly devices that offer a better experience, if you can drop the pen. The Samsung Galaxy A13 5G ($249) isn’t without its flaws, but it provides a more powerful processor and better update commitment at a lower cost. Even the aging Galaxy A32 5G ($279) is a worthy competitor for less money. It adds a fourth camera, a more refined design, and a tough Gorilla Glass 5 display.

And here’s the real kicker: if you want to stick with Motorola, the Moto G Stylus 5G ($399) offers a similar overall experience with the titular 5G performance and superior processing power. It also matches the 2022 device with a hefty 5,000mAh battery and a sharp, Full HD+ display. It suffers from many of the same issues as the LTE version — no NFC, poor software guarantee, slow charging — but it’s a much better phone if you desperately need a phone with a built-in stylus on a budget. 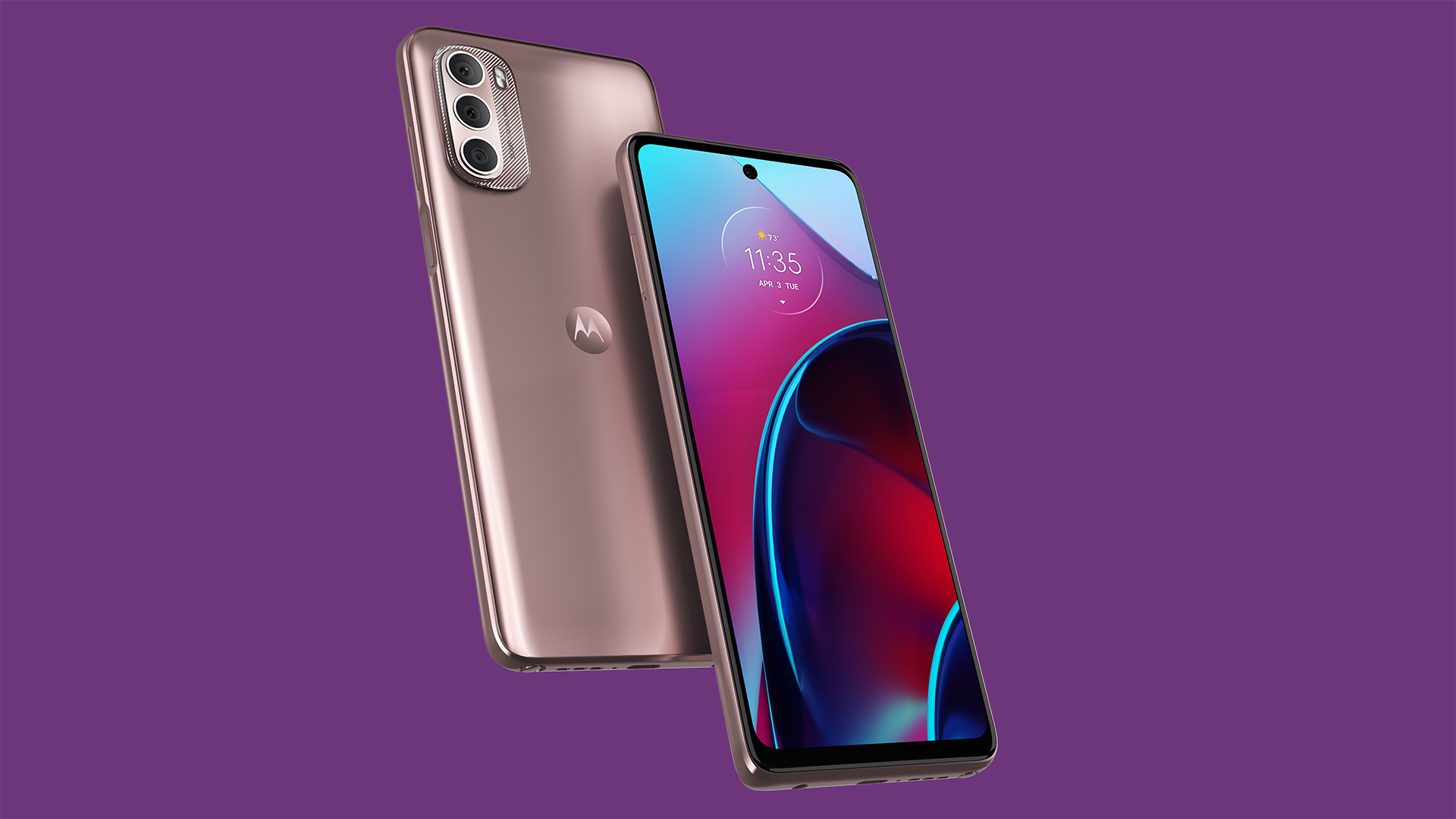