The 2022 Motorola Edge is a premium midrange phone that excels in extracurriculars, but has a tendency to slack off in its core classes.

It offers a lot of nice-to-have features you don’t always find in an upper-midrange device (let’s call that anything between $500 and $700), like wireless charging, a 144Hz screen, and a huge 5,000mAh battery. But it only gets a passing grade for build quality and durability, and while its processor is capable, it’s not in the running for valedictorian.

Pinning down exactly how much this phone costs is kind of a test in itself. A version sold by T-Mobile with 128GB of storage will cost $498, while the unlocked version Motorola sells includes 256GB of storage and costs $599 — unless you grab it at the $499 pre-order price. Oh, and Verizon will sell a version too; that one will have mmWave 5G support which the others won’t, but at the time of this writing, I couldn’t get anyone to tell me how much it will cost. MSRP! What a concept!

For $500, I think there’s an argument to be made in the Edge’s favor, particularly if you want the very biggest and best screen you can get for that kind of money. The phone’s 6.6-inch screen with a fast 144Hz refresh rate is really its best asset, accompanied by dependable all-day battery life, wireless charging, and a promise of three OS version upgrades and four years of security updates.

But in the other column, it’s only IP52-rated, and the significant scuff on the corner of my review unit’s plastic frame doesn’t inspire a ton of confidence in its long-term durability (or it’s just a good argument for a robust case). And while the MediaTek Dimensity 1050 chipset keeps up well, for the most part, some slowdowns in the camera app reveal the processor to be not quite on par with the very best in the class.

Paying $600 for the Edge just feels like too much, even with 256GB of storage included. I’m not convinced that it will keep up well toward the end of its lifespan, and that’s something that its rivals with flagship processors, like the Pixel 6 and OnePlus 10T, are better positioned for. Heck, I can’t think of a great reason to pick the Edge over the $450 Pixel 6A — its screen is smaller and limited to a standard 60Hz refresh rate, but in most other aspects it matches or exceeds the Edge’s capabilities. 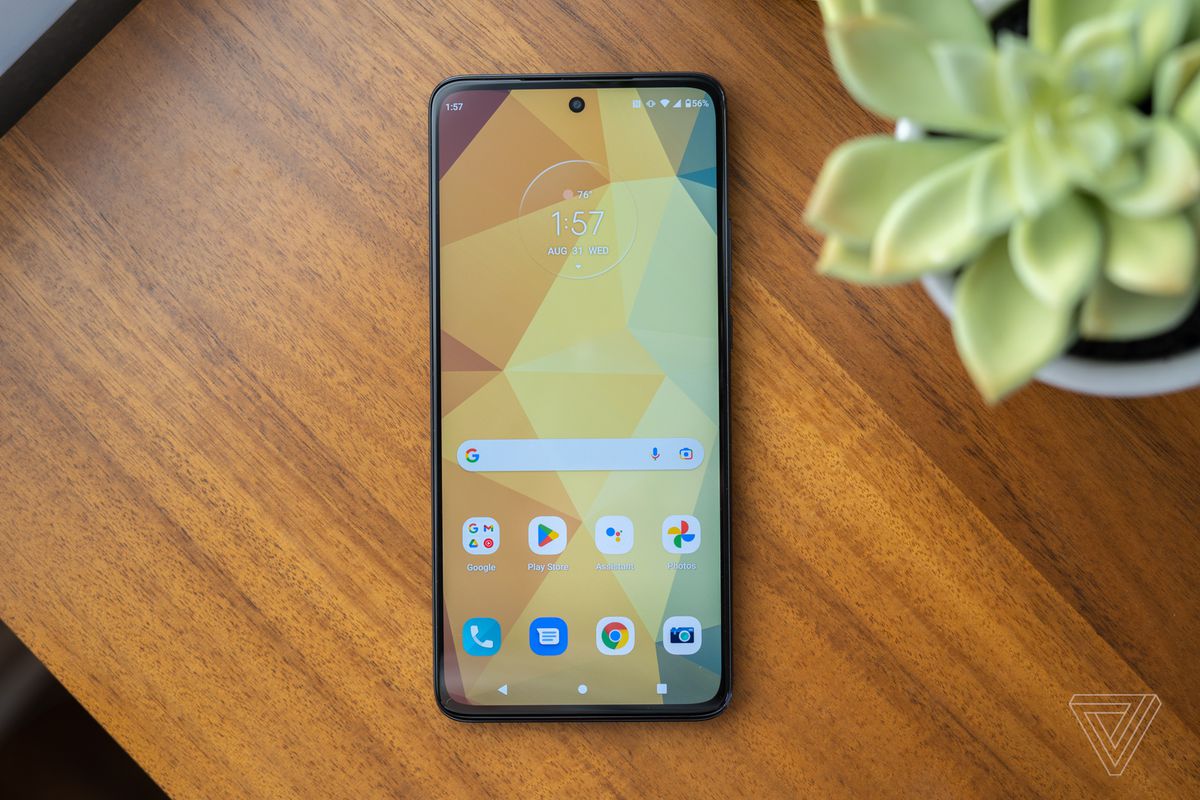 This OLED panel with 144Hz refresh rate is bright and smooth.

Let’s start with that screen: the Edge’s 6.6-inch display is certifiably big. It’s also a very good, 1080p OLED panel with a top refresh rate of 144Hz. In the auto rate selection mode, it doesn’t seem to hit 144Hz often — mostly, I saw it bounce between 120Hz and 60Hz unless I locked it to 144Hz. In any case, 120Hz makes for a very smooth scrolling experience. In direct sunlight, the screen kicks into a high-brightness mode that makes it comfortable to use even in very bright conditions. There’s more good news: the in-display fingerprint scanner is quick and accurate, which is more than I can say about the Pixel 6’s.

Also in the “pleasant-to-use” category: Motorola’s take on Android 12. It does a fair amount of handholding to introduce you to different features, but it never feels intrusive. The camera app politely suggested that I turn on the leveling guide to take straighter photos, and you know what? That’s just thoughtful. I keep the level on all the time now.

The 2022 Edge is slimmer than most Motorola phones I’ve used recently, measuring 8mm thick. It makes me reconsider the thickness of the Edge Plus (8.8mm) and Motorola’s budget phones, which are all over 9mm thick — I never thought much about it when I was using them, but now they seem too bulky. The Edge’s screen is flat and protected by a glass panel, and the composite plastic back curves slightly at the edges. 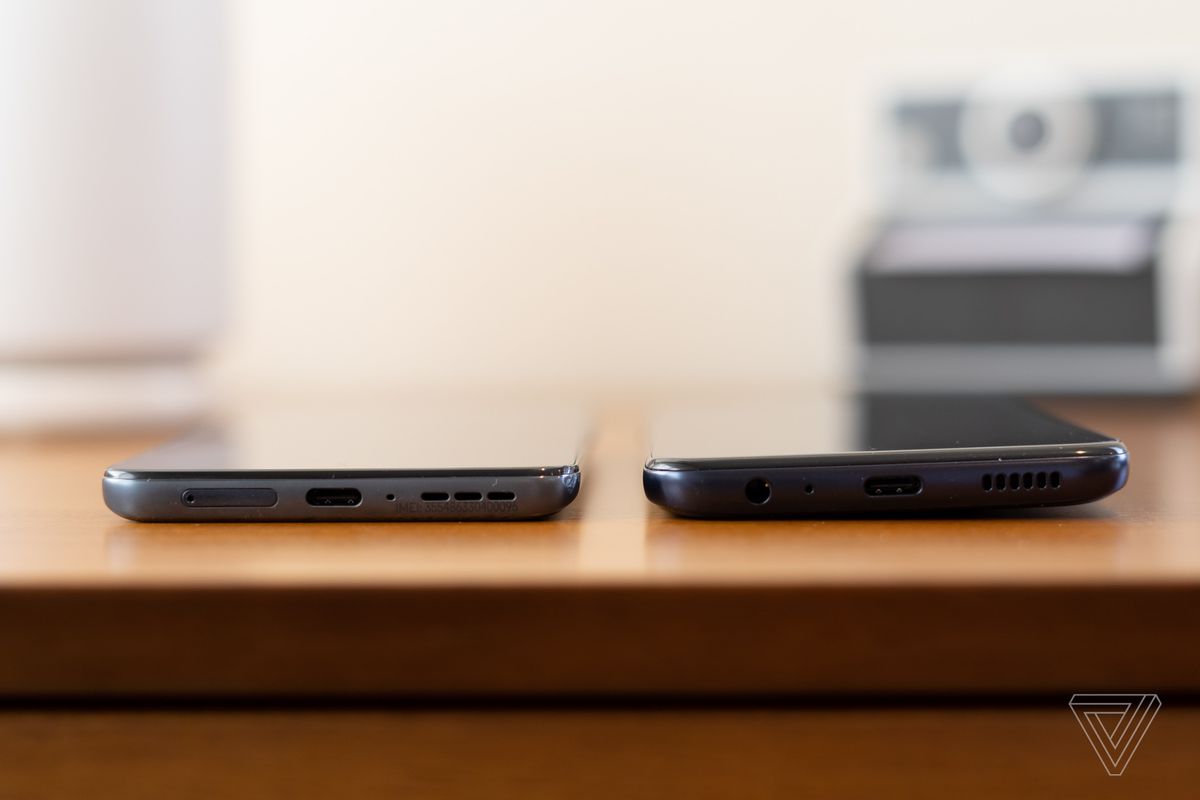 The Motorola Edge (left) is a fair bit slimmer than the Moto G 5G (right).

The external frame is plastic, too, and prone to chipping if the phone happens to slide out of the pocket of your joggers onto a concrete patio. To that end, the phone is rated IP52, which means it offers some dust protection and a little resistance from water droplets falling at a certain angle. I’d be very careful about using it in the rain, and as a Seattlite, that’s an important use case for me. That’s not exactly confidence-inspiring, and a far cry from the IP68 rating that the Pixel 6 carries, allowing for full water submersion for a brief period.

There’s a big 5,000mAh battery on board, and Motorola claims you can get through two days on a single charge. My experience was more like a solid day of moderate use with around four hours of screen-on time, but not much more if you enable battery-draining features like the fastest screen refresh rate and watch a lot of videos. If you’re smart about your settings, I could see getting through two days, but it wasn’t my experience. The Edge supports 30W wired charging (no charger in the box, per usual these days). There’s also fast 15W wireless charging. Not every phone in this price bracket offers wireless charging at any speed, so it’s great to have here. There’s also wireless power sharing to charge up other Qi-compatible accessories and phones on the fly.

There’s plenty on the surface to like about the Edge, and the MediaTek Dimensity 1050 processor is capable enough to keep up with daily tasks — and even taxing assignments, like playing Genshin Impact. But the differences between a good processor and a great one often emerge in the camera app, and that’s where the 1050 comes up a little short. Firing off portrait mode photos in fairly quick succession, I start to see some significant lag in the image preview. It’s pronounced enough that it makes it hard to keep a subject that’s moving a bit in the frame where I want it. That’s not a problem on the Pixel 6, where I can capture rapid-fire portrait mode photos without a noticeable drop in frame rate. 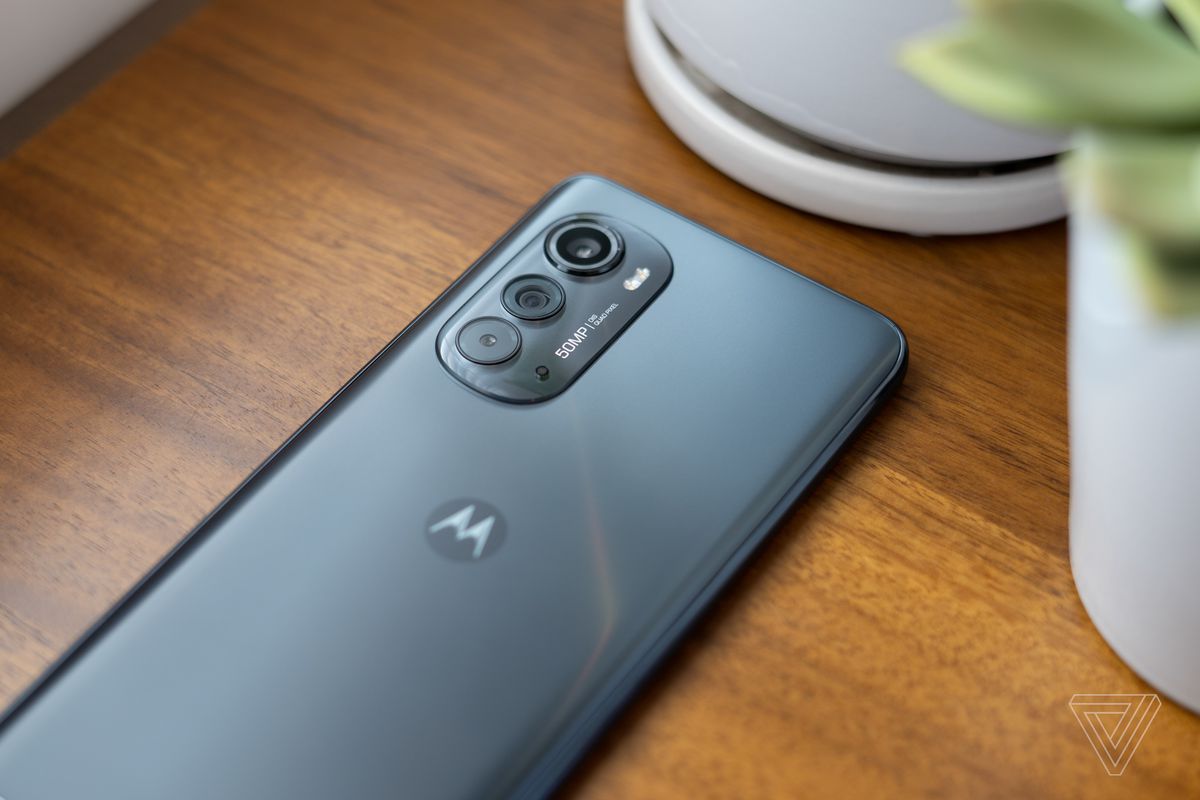 The Dimensity 1050 supports both sub-6GHz 5G and the super-fast, hard-to-find mmWave variety. However, only the Edge model sold by Verizon will support mmWave — all others are sub-6 only. And that’s fine! mmWave 5G is highly range-limited, so it can be hard to find a signal even in an area where it exists. Sub-6GHz 5G is improving quickly in the US since it includes the all-important C-band spectrum. The unlocked Edge will support Verizon and T-Mobile 5G from the time it goes on sale, but according to Motorola spokesperson Stephanie Stiltz, AT&T 5G will be coming on board later on “in the coming months.”

The Edge offers a 50-megapixel f/1.8 main rear camera with optical stabilization that uses pixel-binning to spit out 12-megapixel photos. There’s a 13-megapixel ultrawide with autofocus that doubles as a macro camera. There’s a 32-megapixel selfie camera around front that produces 8-megapixel images, plus a depth sensor on the back that doesn’t seem to do much of anything.

The photos from the Edge are mostly just okay, though they occasionally get all the way to very good. The camera gets into trouble overdoing the HDR effect from time to time, and neither the ultrawide nor selfie cameras are very goo d in low light. The main camera does surprisingly well with very dim conditions — between the help from stabilization, night mode, and pixel binning, it holds on to fine details well in low light. I like the camera’s overall tendency toward warmer colors, and portrait mode photos are passable. 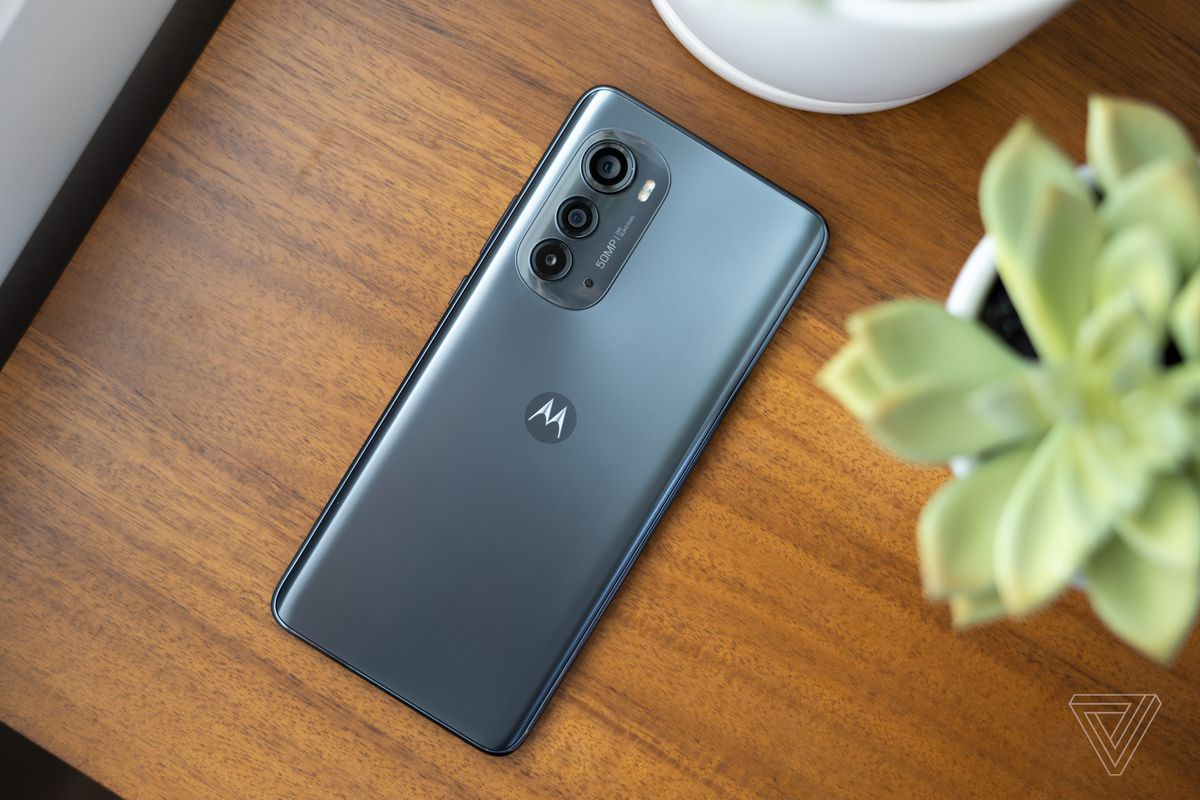 The Edge is a capable upper-midrange phone that doesn’t do enough to stand out from the competition.

The Motorola Edge would be a standout in its class if it weren’t for the Pixel 6 standing right over its shoulder. The Pixel 6 is the same price as the 256GB Edge at $599, albeit with less storage, but it covers the core competencies a little better. It includes Google’s flagship chipset, Tensor, and it’s IP68 rated, slated for five years of security updates, and comes with a more capable camera.

The Edge does have a bigger screen, which a lot of people prefer (I don’t), with a faster top refresh rate than the 6’s 90Hz panel. For my money, the Pixel 6 feels like a safer bet. You could even save a little money and opt for the Pixel 6A, which also includes Tensor, a robust IP67 rating, and the same five-year software support as the Pixel 6 for $450. Its screen is much smaller at 6.1 inches,

The OnePlus 10T is also in the mix. It’s a little pricier at $649, but it gets you one of the very best chipsets you’ll find on an Android phone: the Snapdragon 8 Plus Gen 1. There’s also extremely fast 125W wired charging, which might be worth the extra money for people who need to recharge quickly during the day.

As a total package, this device makes more sense than Motorola’s pricier Edge Plus. The Plus just can’t hang with the high-end Android flagships, but the Edge slots into the (sparsely populated) upper-midrange class more comfortably. Provided you find the right price tag to match, it’s worthy of a passing grade.