As Microsoft tries its best to convince regulators to let its acquisition of Activision Blizzard go through, the company quietly revealed that it’s in the process of building an Xbox mobile gaming store.

At the beginning of this year, Microsoft announced its intention of acquiring Activision Blizzard. Since then, regulators from around the world have been looking into the $68.7 billion deal. Although some of those regulators have already given their approval for the acquisition, the deal has caught on a snag with the UK’s Competition and Markets Authority (CMA).

Much of the current conversation about the acquisition is centered around Sony’s complaints of Call of Duty possibly becoming an exclusive for Xbox. The gist of Sony’s argument is that it believes that if Call of Duty were to become an Xbox exclusive, it could give Xbox an unfair advantage over PlayStation. As the CMA investigates further into the purchase, it has asked Microsoft to provide context for the acquisition.

According to The Verge, in the documents Microsoft provided to plead its case to the CMA, Microsoft revealed that it’s building an Xbox mobile games store. The Redmond-based tech giant claims that a major motivating factor behind the acquisition is to help build out its mobile gaming presence. Essentially, Microsoft is looking to take Apple and Google head-on, stating in its filings:

The transaction will improve Microsoft’s ability to create a next generation game store which operates across a range of devices, including mobile as a result of the addition of Activision Blizzard’s content. Building on Activision Blizzard’s existing communities of gamers, Xbox will seek to scale the Xbox Store to mobile, attracting gamers to a new Xbox Mobile Platform. Shifting consumers away from the Google Play Store and App Store on mobile devices will, however, require a major shift in consumer behavior. Microsoft hopes that by offering well-known and popular content, gamers will be more inclined to try something new.

Although Sony’s argument against the merger is mostly focused on Call of Duty, it’s important to remember that Activision Blizzard is bigger than just Call of Duty. This acquisition would also net Microsoft the mobile juggernaut that is King — the developer behind Candy Crush. Highly popular titles like Call of Duty: Mobile and Candy Crush Saga would help Microsoft gain the firepower it needs to compete with the App Store and Google Play.

Is Google’s ecosystem push too much too fast?

As The Verge points out, there’s a lot of revenue to be had in the mobile market, so it’s understandable Microsoft is trying to tap into it. To emphasize the mobile market’s importance, Microsoft created a graph that it posted on its Activision Blizzard acquisition site. 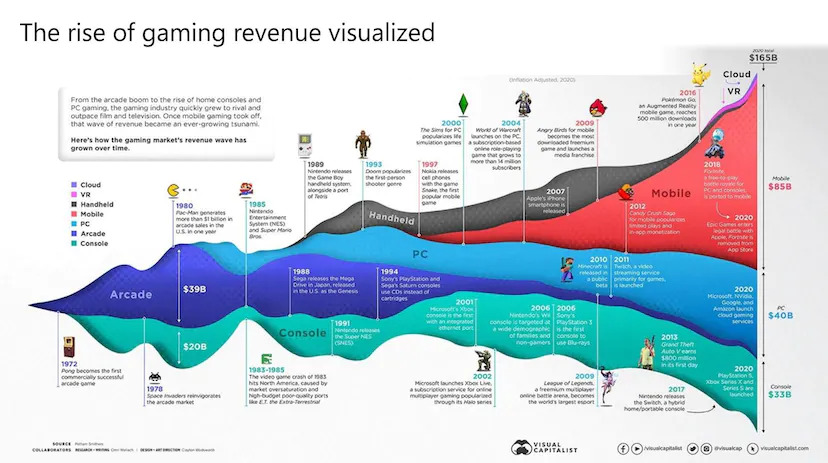 In the above graph, you’ll see that the total worth of the gaming market is valued at $165 billion. The graph then breaks that down by platform with console bringing in $33 billion, $40 billion for PC, and $85 billion for mobile.

When speaking to Protocol about cloud gaming back in 2020, Phil Spencer, CEO of Microsoft Gaming, did say that Microsoft doesn’t view PlayStation or Nintendo as its main competitors anymore. Instead, it has its eyes on companies like Google and Amazon. It seems the company has a similar philosophy for its mobile efforts as it attempts to take the fight directly to Google and Apple. But with Google Play and the App Store firmly entrenched in the mobile market, Xbox would have an uphill battle on its hands.