‘Joe Biden’, who may or may not be the US president, is absolutely dominating Guilty Gear fighting tournaments

Former US president Barack Obama famously received a gift of The Witcher 3: Wild Hunt from his Polish counterpart, but current US president Joe Biden may be the one who has the real gamer cred. The word on the street says that when he’s not busy managing domestic troubles or navigating international crises, the man they call POTUS is out there kicking ass and taking names at Guilty Gear fighting tournaments.

You think I’m kidding? Look at this:

And this isn’t just a one-off. According to his Start.gg (opens in new tab) stats page, Joseph Robinette Biden Jr., the 46th President of the United States of America, has been showing up and cleaning house at Guilty Gear tournaments for the past two years. His first recorded competition took place in November 2020; he scored his first victory just a few months later, in February 2021, at the GGACPR Last Chance Qualifier. And by all appearances, the guy is a ferocious competitor: He’s got results in 116 tournaments in total.

Now, is this really the US president kicking ass in the FGC? Probably not. But it’s been going on long enough that the community is basically just rolling with it, as though it is.

There’s even a bit of fan art, courtesy of redditor krump0 (opens in new tab)—apparently the president is a Chipp Zanuff main. 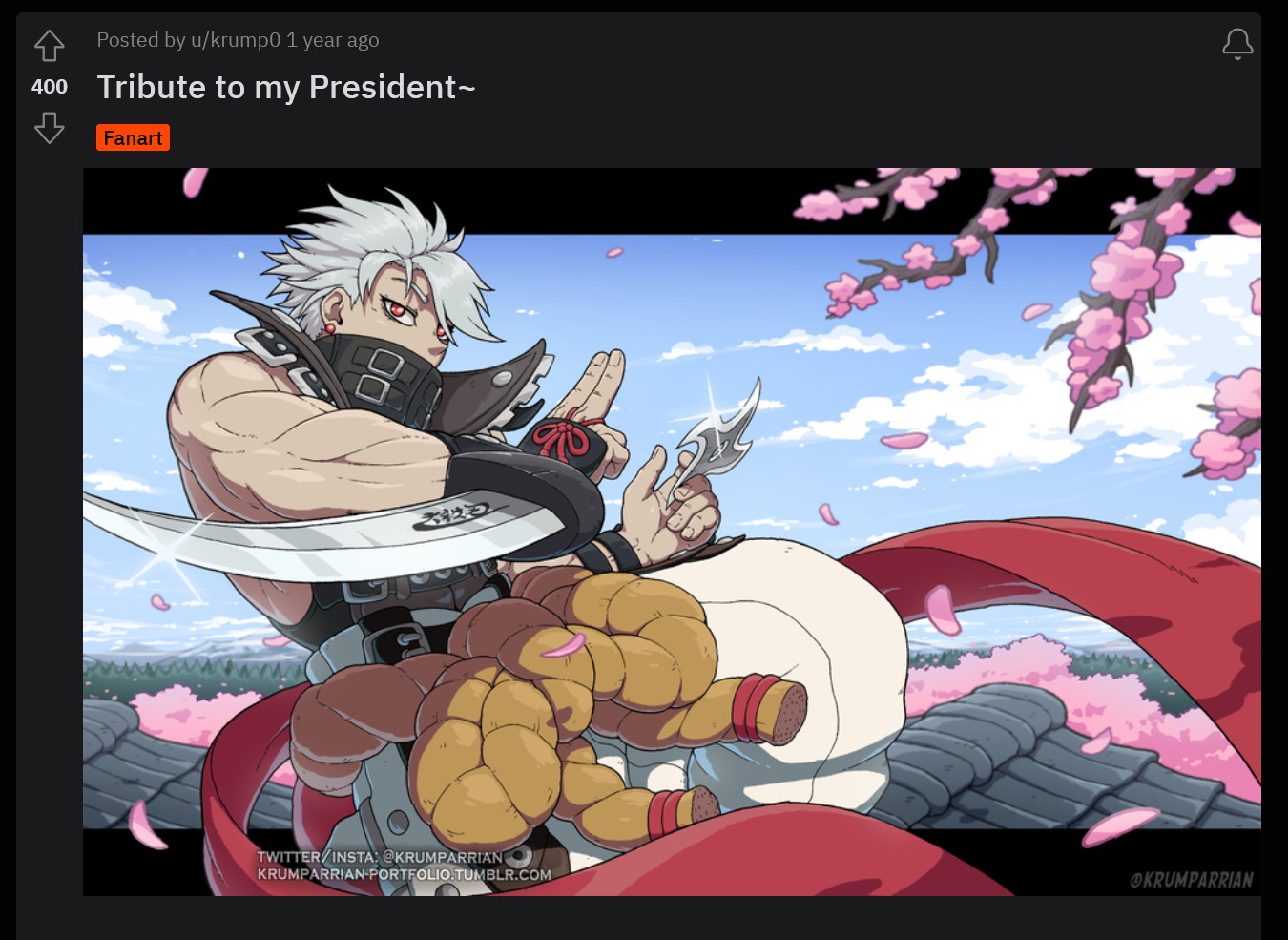 And because nobody knows who the player behind Joe Biden is, some tournaments have taken to tagging in the official POTUS—that’s President of the United States—Twitter account (opens in new tab), because… well, what if? Maybe it’s a bright pinpoint of light in the darkness of Joe’s pre-bedtime doomscrolling.

Thank you to everyone who showed up and played in last night’s Guilty Gear Accent Core +R tournament! Good times, great vibes 🙏🥇 @JRiotx 🥈 @POTUS 🥉 @samvonehren Let’s run it back at the next one! 🏃 pic.twitter.com/RKZrBKvhFdOctober 23, 2022

I’m fairly confident that this isn’t US President Joe Biden clearing the table at Guilty Gear tournaments—though I guess we’ll know for sure if Biden brings up Guilty Gear Xrd getting rollback netcode (opens in new tab) at the next State of the Union. But regardless, I love the idea that this has just sort of evolved into a quiet, quirky little thing in the community. And that somewhere out there, someone this good at the game is forsaking the glory in favor of the meme. In my eyes, that’s a real internet hero.