"I will be there to guide and communicate with GodLike Esports regularly for the PMGC Grand Finals 2021": Ocean Sharma

Esports casters, especially of battle royale games like BGMI, play a crucial role in hyping up the audience and Ocean Sharma is one of the best casters in the Indian gaming scenario. The Esports commentator was the Analyst for Skylightz Gaming, the team who won the Battlegrounds Mobile India Series 2021.

Q. When you look at the demographics of gaming in India, what are your thoughts with respect to development and growth of the Esports industry in the country?

Ocean: When we talk about the growth of Esports in the country, I believe that it is still at the nascent stage. We are growing but somehow, I feel that there is a lack of support somewhere, be it parents, or the government. We are still figuring it all out and we will eventually, but it will take time.

Q. What inspired you to become an Esports caster and what has your journey on YouTube been like?

Ocean: Matthew “Sadokist” Trivett is one of the casters who is my inspiration. Lex Fridman, who is a scientist, is also one of my biggest inspirations who taught me how to speak.

Sadokist, who is Counter Strike: Global Offensive caster and host, developed my trust in games. I observed him and realized how to express myself through games. Hence I owe a big part of my casting career to him.

I have faced ups and downs in my YouTube career. Right now, it is taking some time to get back on track and work (be it casting or content creation) is my safe haven.

Q. When you first started to create a profession around gaming, were your parents supportive of your decision? Did you have a backup profession to fall back on?

Ocean: My parents were supportive of my decision because I was doing another job simultaneously. Since I was teaching at the time, they were comfortable as they thought that this would be another source of income for me.

Right now I am planning to do my Masters degree in Aeronautical Engineering and would like to do a PhD eventually. I am still figuring out how to manage my time. Once that is done, I will eventually move on to new things.

Q. Since you have cast Valorant as well as BGMI, how different do you think casting is for PC games compared to mobile games?

Ocean: PC games have a refined casting in general. For Valorant, the casting changes with every round. You do not feel the need to hype up the audience in every round.

For mobile gaming, the casting lasts for a maximum of 30 minutes and has no rounds as such. We have to hype up the viewers continuously which is part of the fun (*laughs*)! I shout, scream and dance while casting as I become engrossed in the gameplay. I love it!

Q. You were an analyst for Skylightz Gaming at BGIS 2021 and your team won! What was the overall experience of being part of the first official BGMI tournament hosted by Krafton like?

Ocean: I was the Analyst for Skylightz Gaming but all the credit goes to the players and their Main Analyst, Xypex Gawd. I used to advise them but I did not want to mess up the synergy they had with Xypex. Majority of the work as an Analyst was done by him.

I enjoyed being part of the first official BGMI tournament and Krafton has been very supportive throughout. The developers have a huge vision lined up for 2022 and I sincerely hope that I can be a part of that as well.

Q. You were recently loaned to GodLike Esports who have headed to Dubai to represent India at PMGC. What role are you going to play and how excited are you?

Ocean: I am playing the role of an Analyst and mostly talking to ClutchGod on the team. The teammates know one-another better so I do not want to ruin the synergy of the BGMI roster of GodLike Esports. All I can do is suggest a few changes, but in the end the final call lies with ClutchGod as he knows the team way better than I do. I will be there to guide and communicate with them regularly over Google Meet and Discord.

Q. Who do you think will be the toughest competitor to GodLike Esports in PMGC?

Ocean: The South-East Asia region is a very tough competition, especially when teams like The Infinity is dangerous. D’Xavier is also a very good team. Next comes the teams from China, you can never rule them out. They are here to dominate, they did so last year and they will do it this year as well.

When I had a word with the coach of Nova Esports, he clearly mentioned that their gameplay of the team is different in scrims compared to the actual tournament. The competition in the PMGC 2021 Grand Finals is going to be different and difficult.

Q. Since GodLike Esports have practiced BGMI for so long, do you feel there will be issues in terms of mechanics and game familiarity when they play PUBG Mobile once again?

Ocean: I do not believe that they will face any issues as such. Game mechanics will not be a problem for players as both BGMI and PUBG Mobile receive similar updates around the same time.

Coming to guns, Indian players prefer M416 and AKM over UMP. However, I hope that GodLike Esports use UMP more often in the PMGC Grand Final matches for short ranges, as most of the players competing in this tournament make use of UMP pretty frequently.

How to get BGMI star Jonathan's voice pack for free

Q. Your YouTube channel, Gamingpro Ocean, is inching closer towards one million subscribers. Do you have any special plans for this milestone? 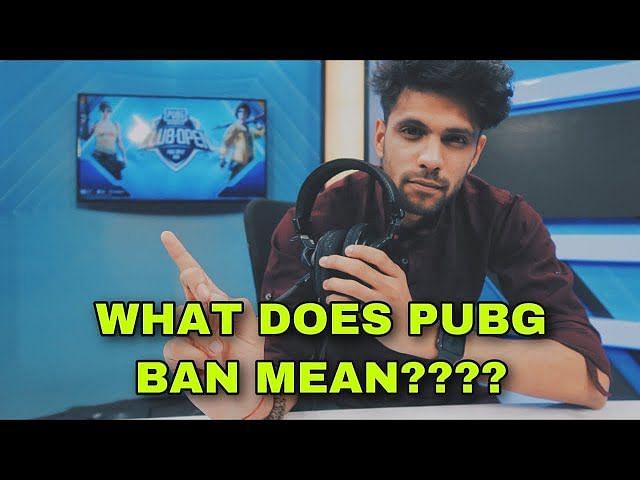 Ocean: I have not thought much about hitting one million subscribers, but it would be really great! I love being an Analyst and if I reach this milestone, I would love to see myself in the “million-club”. Casting is there, but I would also like to host events in the future, like Sykesports does.

Q. What is your message to all the aspiring Esports casters who also desire to become a successful YouTuber?

Ocean: People often ask me, “How to cast?”. I have one answer for them, “Just pick a random game, try to cast and record yourself while doing it. Then try and listen to the professional casters to understand the proper implementation of ‘hype’”.

Another piece of advice to the aspiring casters is to start reading. I love to read books. Reading helps readers to have a better understanding of word placement which matters a lot while casting.