How to use Face or Photo Unblur with Pixel phones

If there’s anything Google is good at, it’s packing its smartphone cameras with amazing capabilities and features. One of them is Face Unblur, a feature introduced with the Pixel 6 series. The search giant improved the feature and added Photo Unblur with the Pixel 7 series. Not sure how to use these features? Today we’re here to help you through the process of cleaning up blurry images you may have shot with your Pixel phone.

Read more: What we think about the new Pixel 7 series

Using Face Unblur is straightforward when using a supported Pixel device. The feature is completely automatic when shooting a photo from a supported device (Pixel 6 series and newer).

Photo Unblur is exclusive to the Pixel 7 series at launch. It can be used manually through the Google Photos app. You’ll also be glad to learn it works on older images, even if they weren’t originally shot on a Pixel device.

What is Face Unblur on the Google Pixel?

Face Unblur launched with the Pixel 6 series. As such, it’s only available on newer Google devices, including the Pixel 6 series, Pixel 6a, and Pixel 7 series. This tool improves sharpness and detail on faces when it detects a blurry photo, often caused by motion blur due to slow shutter speeds. It’s a common issue in darker environments, or when moving/shaking too much while shooting.

What is Photo Unblur on the Google Pixel, and how is it different?

Face Unblur works great, but Google decided to take things to the next level with the Pixel 7 series. Photo Unblur is Face Unblur’s evolution, and it can do more than improve blurry faces. Instead, Photo Unblur will improve sharpness and detail throughout the whole image.

What’s more impressive is that Google is opening up Photo Unblur and making it much more accessible. For starters, Photo Unblur will sharpen any image through Google Photos, including ones that weren’t shot with a Pixel phone. This means you can go through old pictures and improve them.

The only caveat is that Photo Unblur is currently a feature only Pixel 7 users can take advantage of. It’s unclear whether the capability will come to other Pixel phones, but many are assuming it probably will. Some suggest it might even come to Google Photos users without a Pixel phone! Nothing’s official until it is, though.

How does Face Unblur work on the Google Pixel? 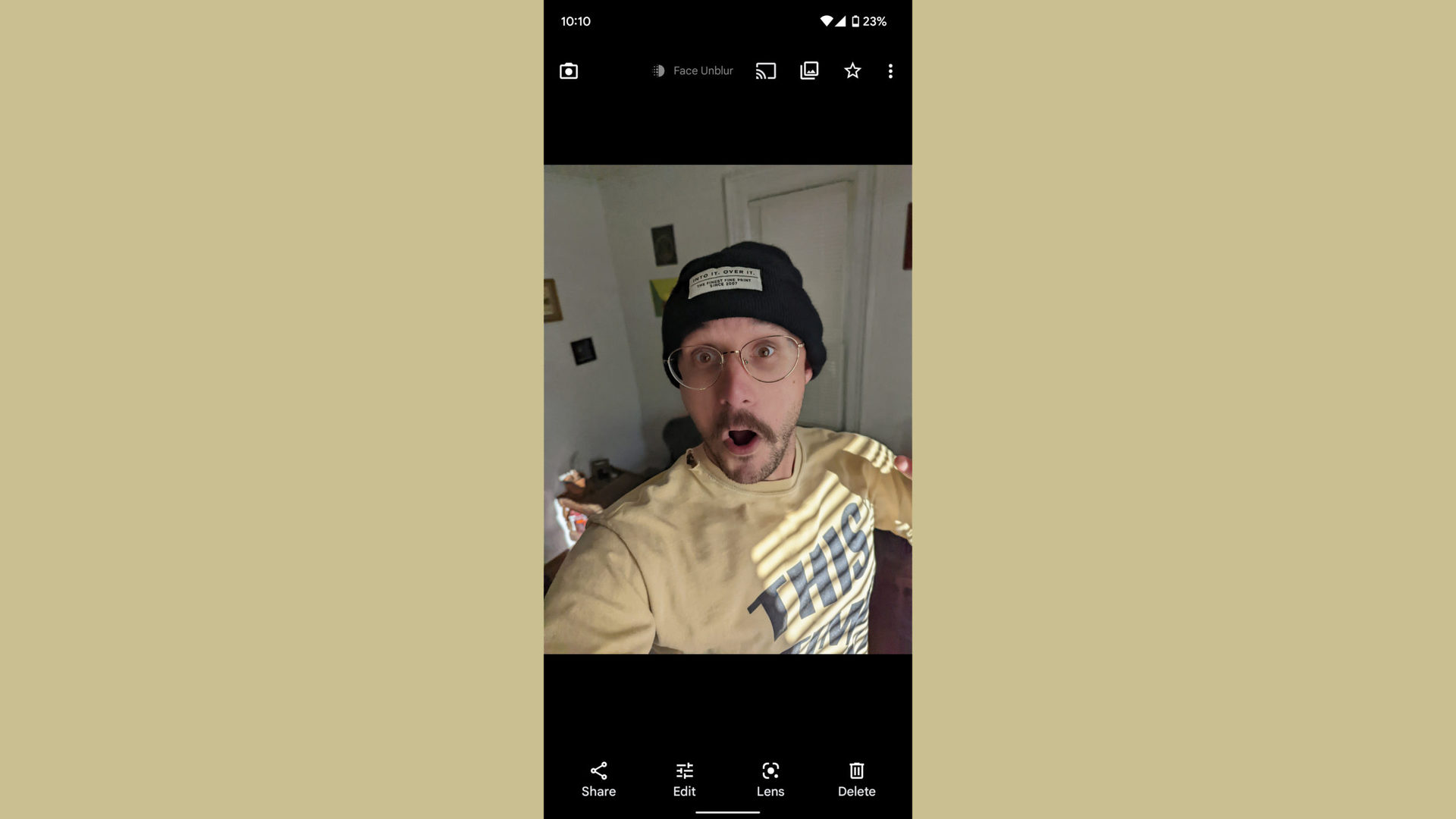 Face Unblur uses multiple tools to improve blurry faces. The camera will automatically detect when the shutter speed is slow, or the subject/shooter is moving too much. It will activate Face Unblur, and the device will use multiple cameras to shoot the image. It will then stitch them together and use machine learning to enhance your subjects’ faces.

You can tell when Face Unblur is applied when looking through your images in Google Photos. A badge saying “Face Unblur” will show up.

How does Photo Unblur work on the Google Pixel? 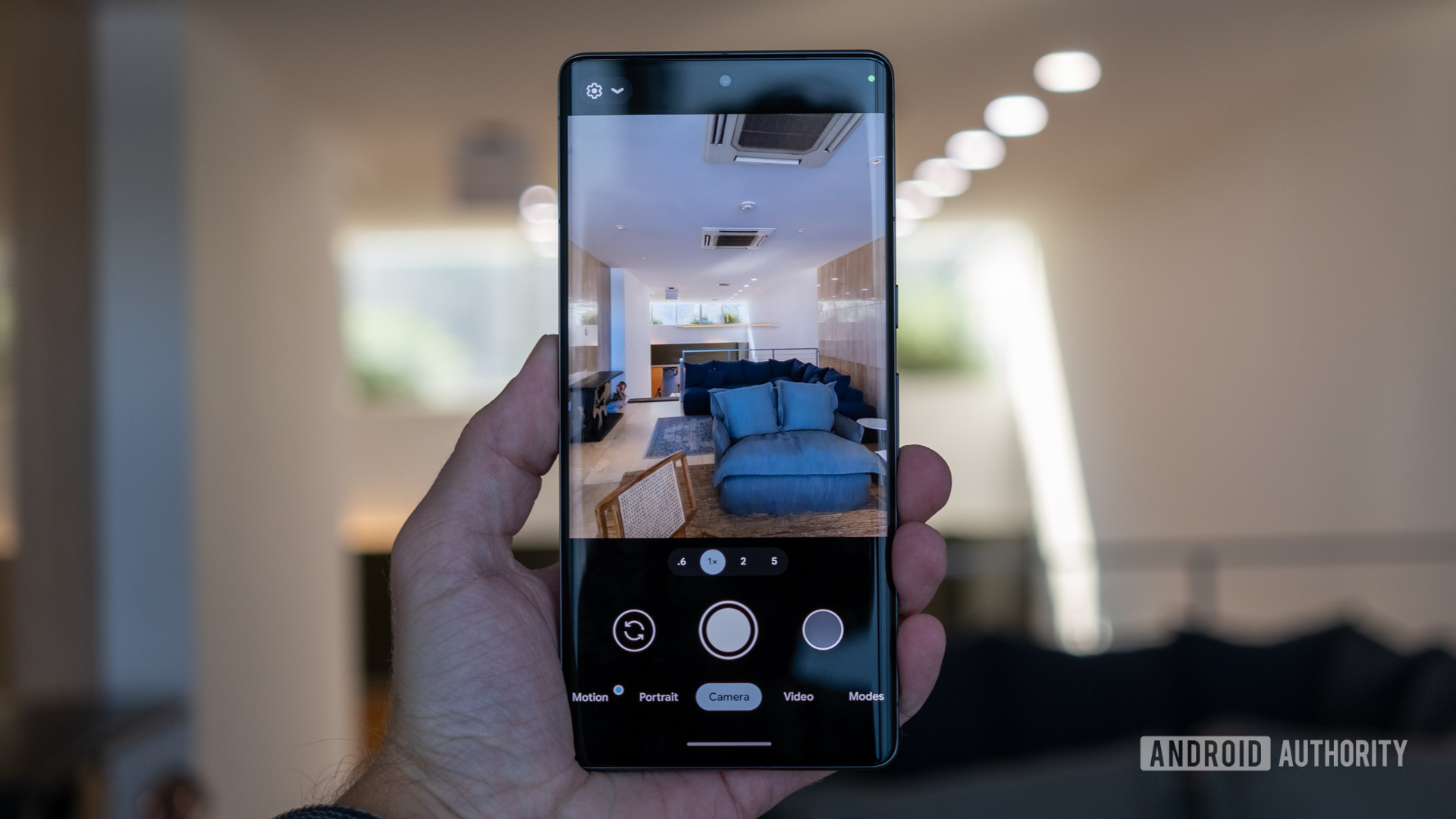 Photo Unblur’s technology is actually automatically applied to some images, too. The feature is being advertised as a manual tool, though. It will only be available for Pixel 7 series devices at launch, and you’ll need to access the feature from the Google Photos app. Simply go into Google Photos, find any blurry image, and find Photo Unblur in the Edit settings. It might also be recommended to you by Google Photos.

How to turn on Face or Photo Unblur?

You can’t turn Face Unblur on or off. It’s an automatic feature that will simply work when a supported device deems it necessary. Photo Unblur will also apply its technology to most Pixel 7 series photos as you shoot them as needed. As for using photo Unblur through Google Photos, you won’t need to turn it on or off either. You can choose not to use it.

Not convinced?: Here are the best Pixel 7 alternatives

How well do you know your dead Google apps?

Photo Unblur is exclusive to the Google Pixel 7 and Pixel 7 Pro. It also only works through Google Photos.

Will non-Pixel phones get Face Unblur or Photo Unblur?

Google is making no announcements about Face or Photo Unblur support coming to non-Pixel devices yet. Face Unblur is a more active tool and requires a specific shooting sequence, so it might be harder to get that on non-Pixel devices. Photo Unblur works through Google Photos, though, and we can all use this app. This is leading some experts to believe Photo Unblur coming to other devices is a possibility.

Many are wondering whether the Pixel 6 series and Pixel 6a will also get Photo Unblur, the Pixel 7 series-specific feature. Google has made no announcements of this yet, so we’ll have to wait to find out if this will ever happen.

Can you use Photo Unblur on any picture?

Yes! Given that you have a phone that supports Photo Unblur, you can apply this feature to any photo through Google Photos. It even works on older images shot with any camera.