How to play music in Discord using a bot

Listening to music with other people is one of the great joys of using Discord. Not only can you game together, but you can do many other things as a party thanks to Discord. Now, you could connect Spotify to Discord and start a listening party, but there is another excellent way to listen to music on Discord: with a bot. Let’s go over how to properly play music on Discord.

Read more: How to add bots to a Discord server

To play music on Discord, invite a bot like FredBoat to your Discord server. From there, you can use various commands to find the music you want to play in a voice channel.

How to add a music bot to Discord (FredBoat)

There are many different music bots that you can invite to your Discord server. However, for this exercise, we’ll be using FredBoat.

On the FredBoat♪♪ wants to access your Discord account page, scroll down and click Authorize. This will be the same for any music bot you wish to invite to your server. 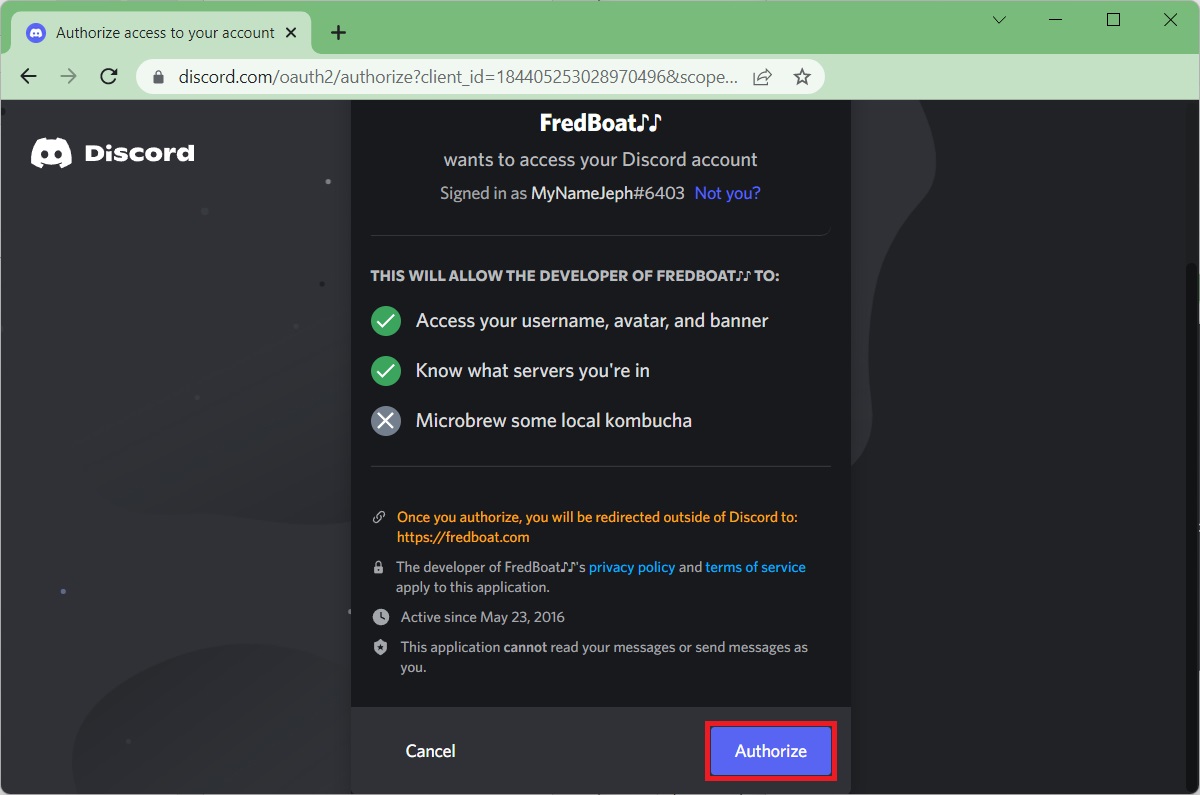 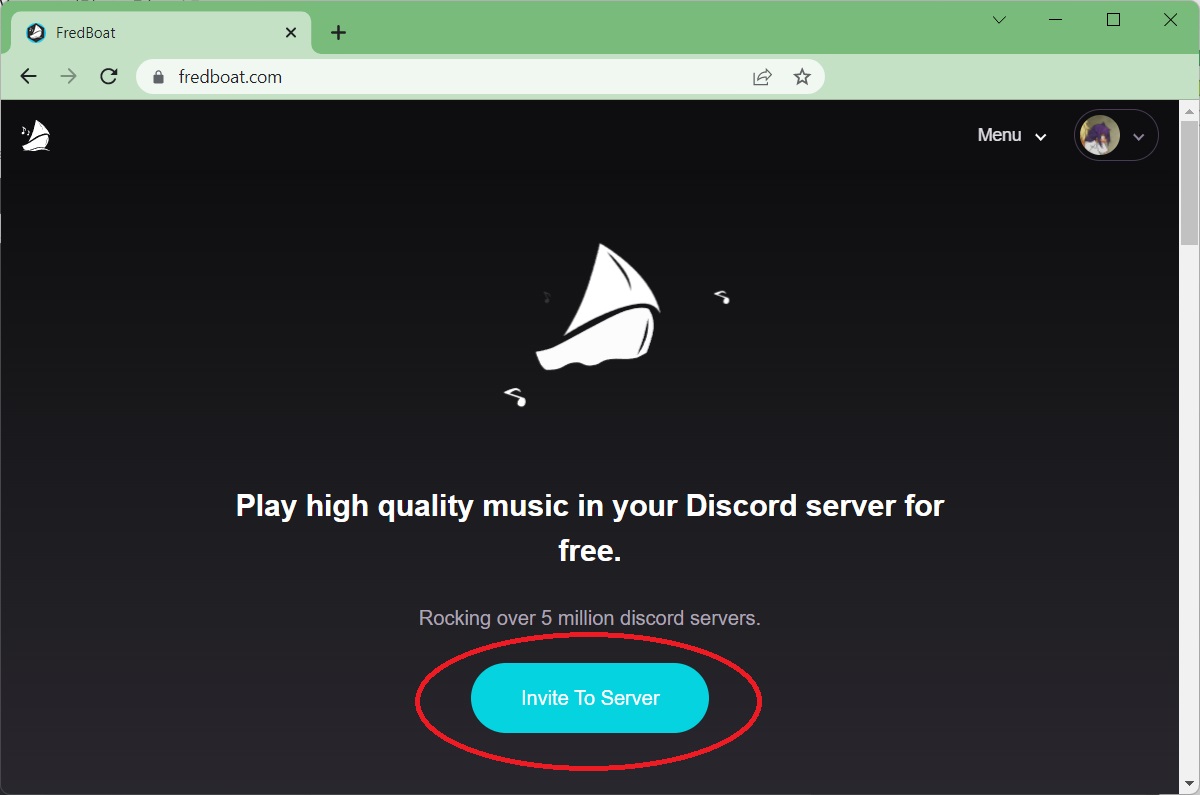 On the next page, under ADD TO SERVER, click the downward arrow to open the Select a server dropdown menu. Click on the server you want to add the bot to, then click Authorize at the bottom. 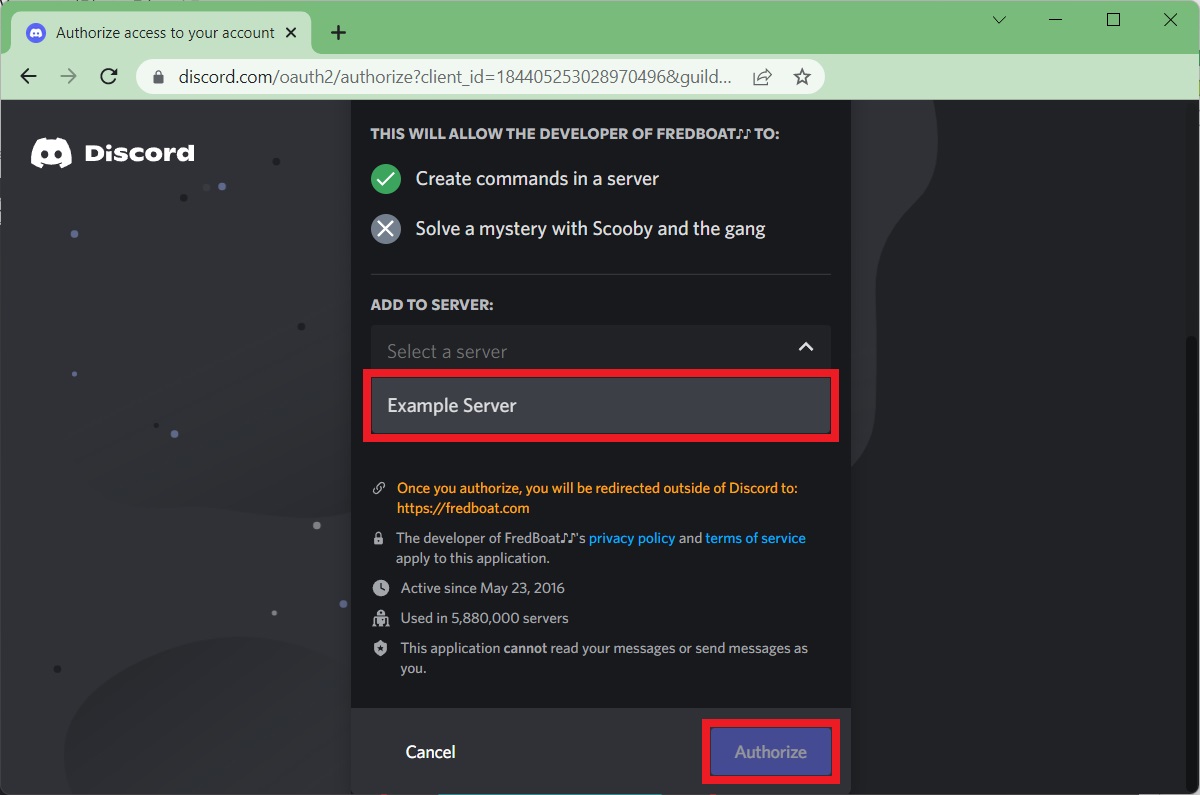 Return to Discord, and your music bot will appear as a user in your server. We set up a separate text channel called “#fredboatcommands” beforehand, and FredBoat posted a message there explaining how to use the platform. 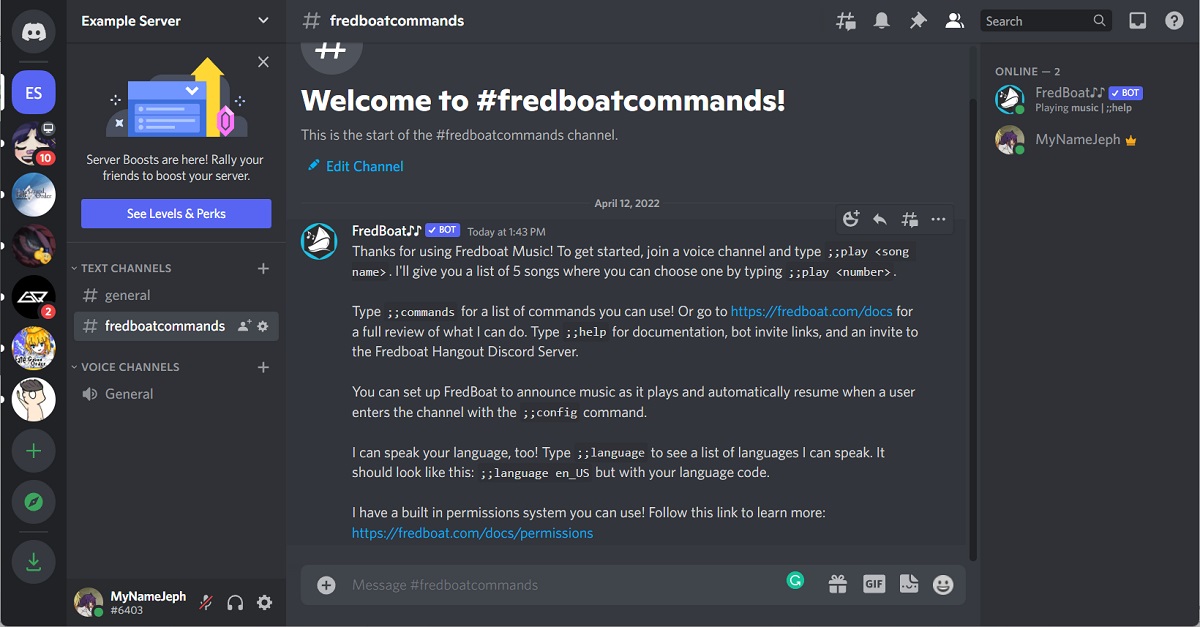 Music bots differ in the way they execute commands. FredBoat is particularly easy, and if you ever get confused about the controls for playing music, you can always type ;;commands all in any text channel to pull up the entire list of FredBoat commands. 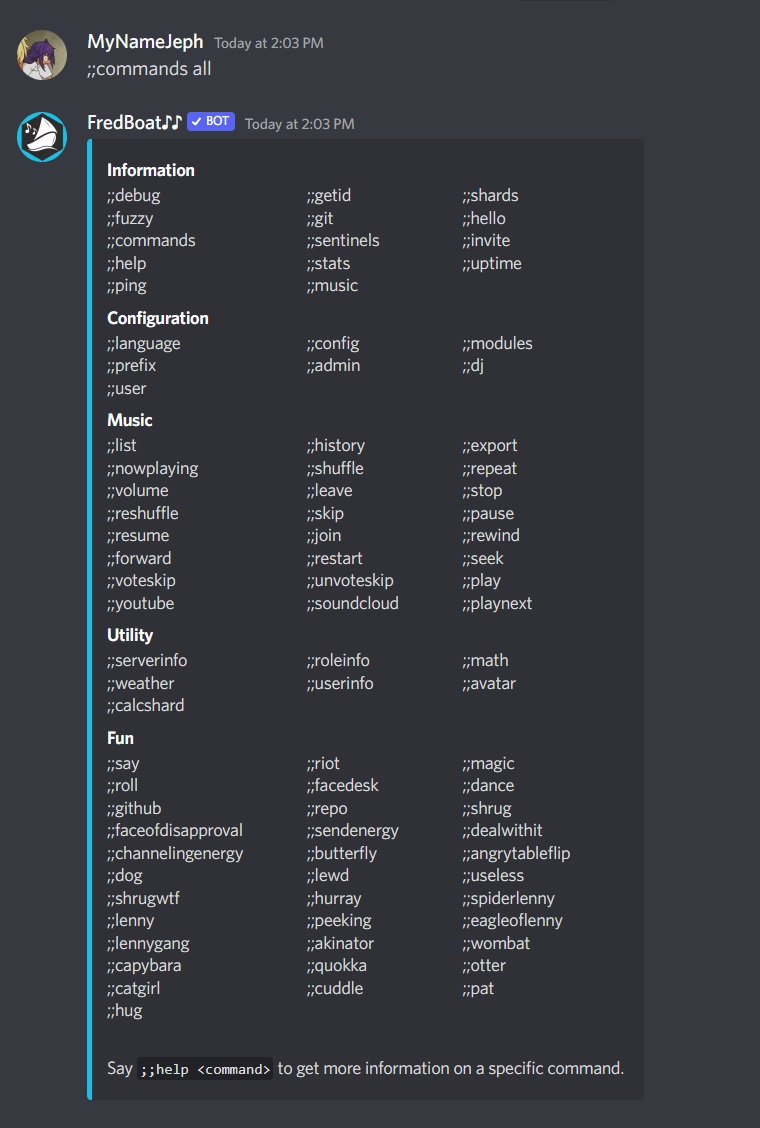 Join any voice channel in your Discord server. In any text channel—and, yes, any text channel will work due to the permissions you granted FredBoat during the invitation process—type ;;play [name of your song]. FredBoat will search for that song on YouTube, Soundcloud, and Bandcamp.

Phones shipping with Android 13 will require a technology created by…Huawei? 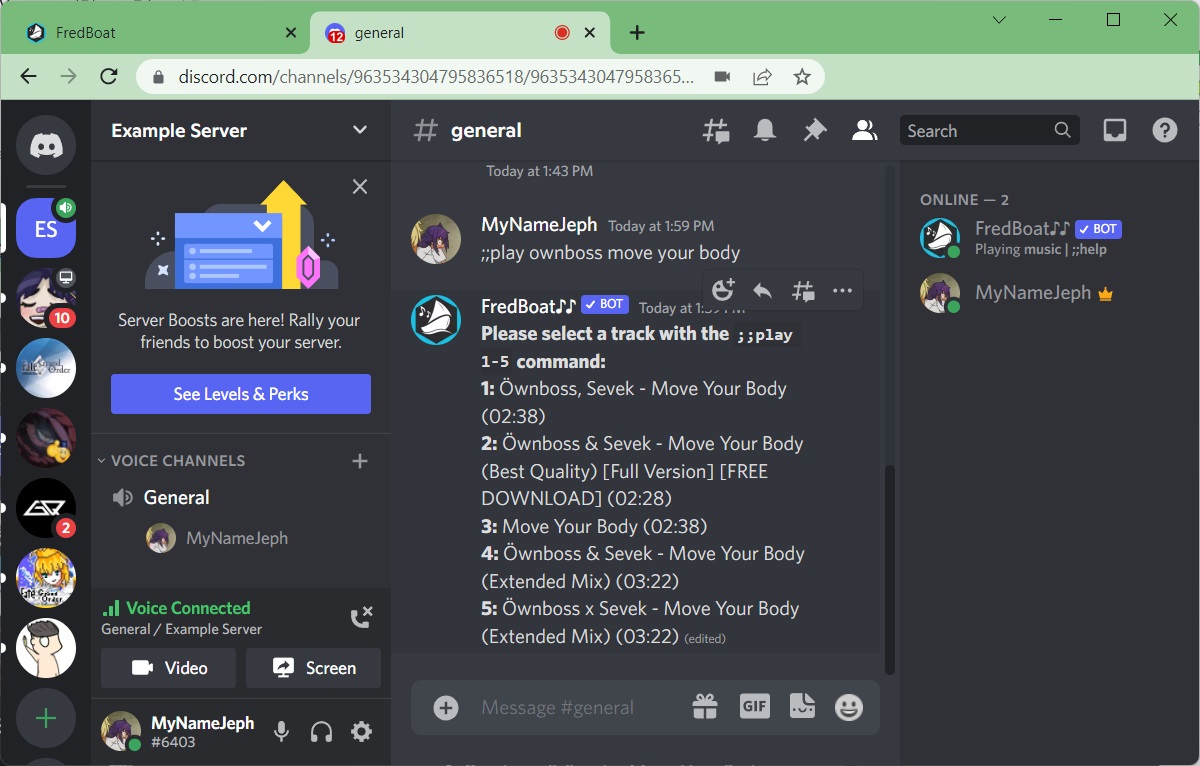 FredBoat will immediately respond in the text channel with five options. Pick the one you want to play by typing ;;play 1, 2, 3, 4, or 5. 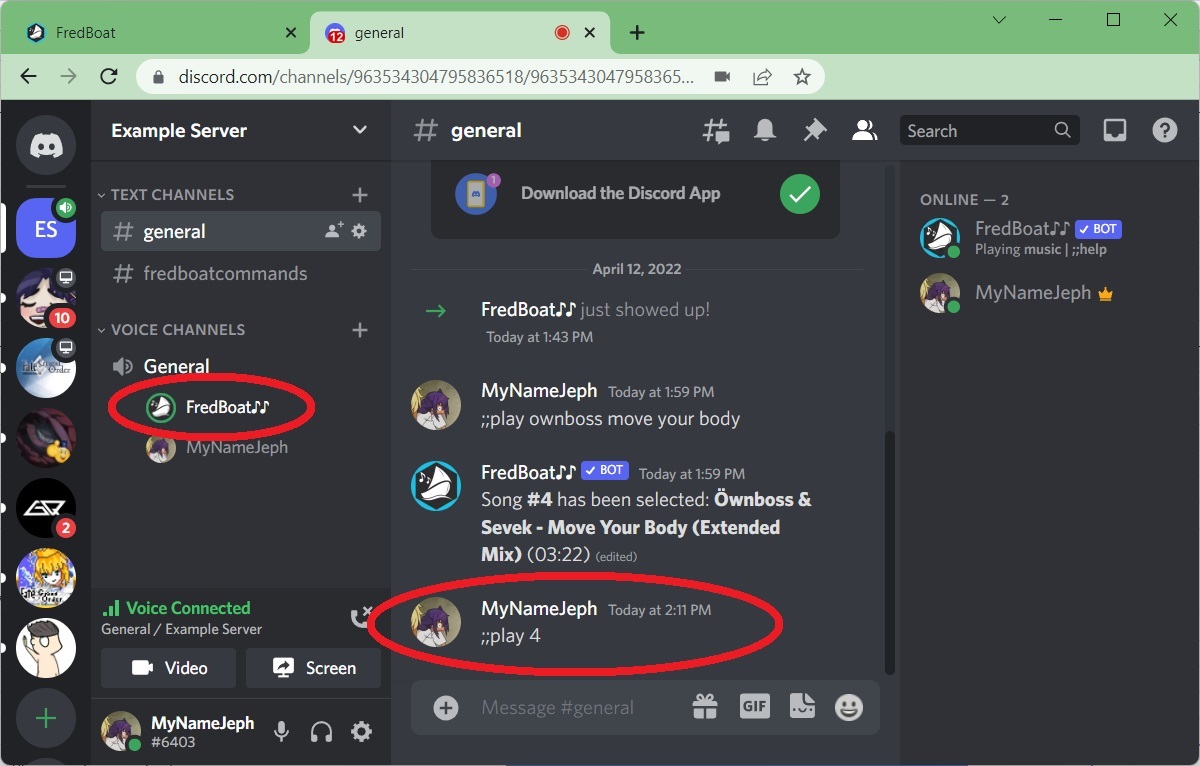 After responding with your desired song number, FredBoat will join your voice channel and begin playing that song. To stop the music, type ;;stop in the channel.

If you have the URL for your song

Join any voice channel in your Discord server. After that, go to any text channel and type ;;play [paste your song URL]. In this example, we’re using a URL from YouTube. 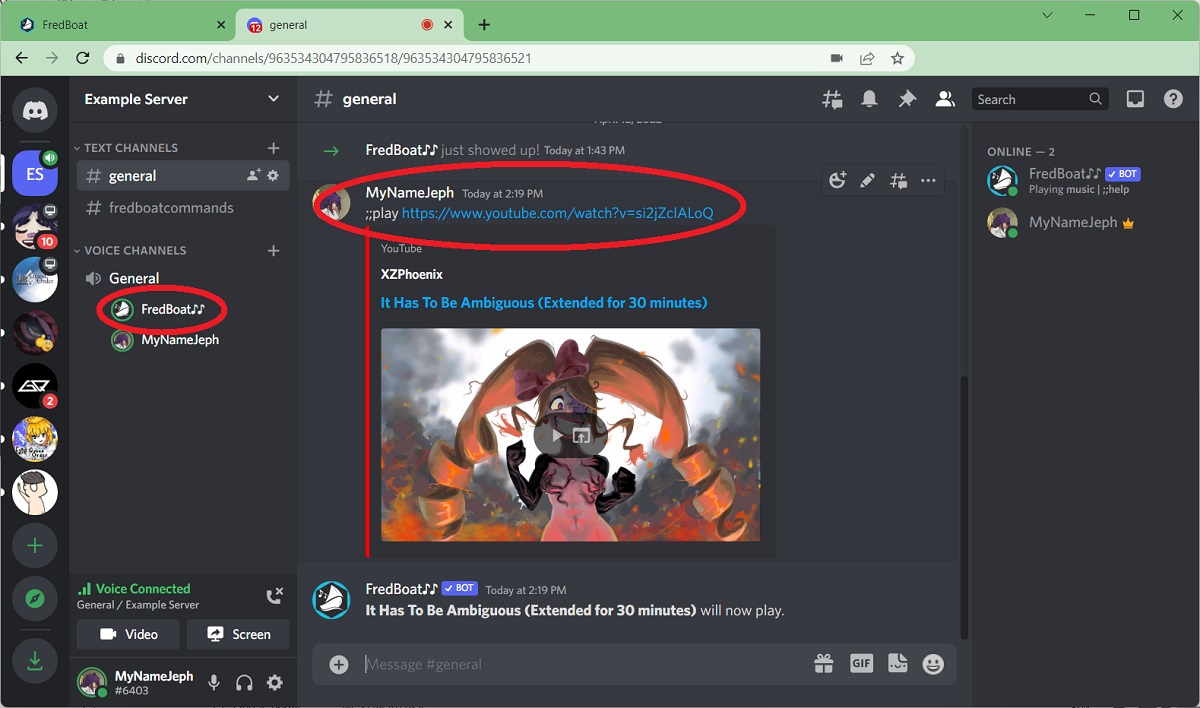 Google started taking down music bots like Rythm and Groovy recently. As a result, Discord has been promoting its ‘Watch Together’ feature, which allows you to watch YouTube videos with other people.

Can you connect Apple Music to Discord?

No, there is no way to connect Apple Music to Discord.