How to get Snax voice pack in BGMI

Jonathan’s voice pack was the first to be included in the game and was a huge success. It stayed in the game for almost four weeks before making its way out to give its place to Kaztro’s voice pack. However, Snax’s voice pack seems to have appeared a bit early as the craze for his audio is massive amongst his fans in the community.

Today, Krafton took to the official Instagram handle and YouTube channel of Battlegrounds Mobile India to announce the arrival of Snax’s voice pack in the game.

The craze for Snax’s voice pack has been increasing since he first gave a few leaks about the audio files. According to him, the audio messages are entertaining and will help players experience the fun side of the BR mode in the game. 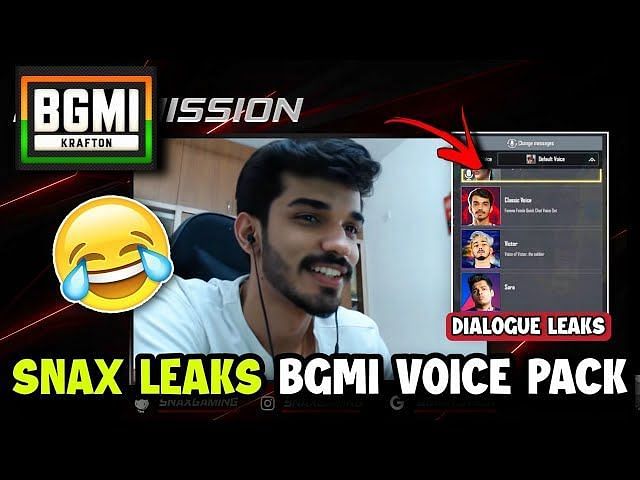 The basic voice pack will help players communicate with their teammates with the help of pre-recorded audio files. However, these audio files will be in English and not in Hindi. Players will have to wait a few days for the release of Snax’s mythic voice pack.

The basic voice pack has already become a popular item within a few hours of its introduction as the price is kept reasonable. Unlike the mythic voice pack, which does not have a fixed price, players have to spend thousands of UCs to purchase that version.