Elden Ring’s Godslayer Greatsword location: Where to find it

The Godslayer’s Greatsword is another of Elden Ring’s “Legendary Armaments” and a Colossal Greatsword that scales with Faith, Strength, and Dexterity. While this Elden Ring weapon isn’t buried as far in the game as the Eclipse Shotel, it does take some tricky platforming and beating a tough Elden Ring boss to get it.

Elden Ring Godslayer’s Greatsword location: up and down the Divine Tower of Caelid and fighting the Godskin Apostle 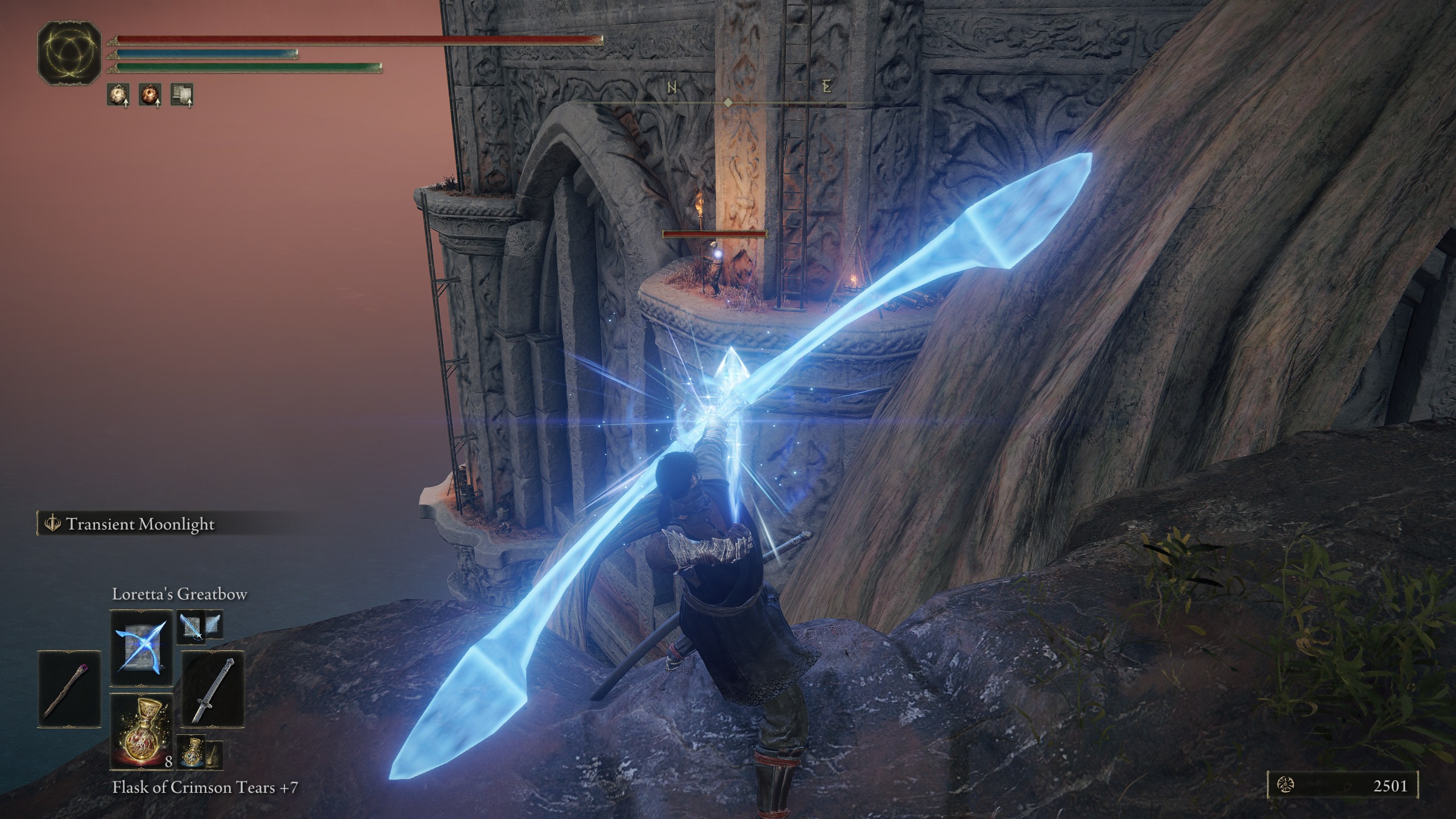 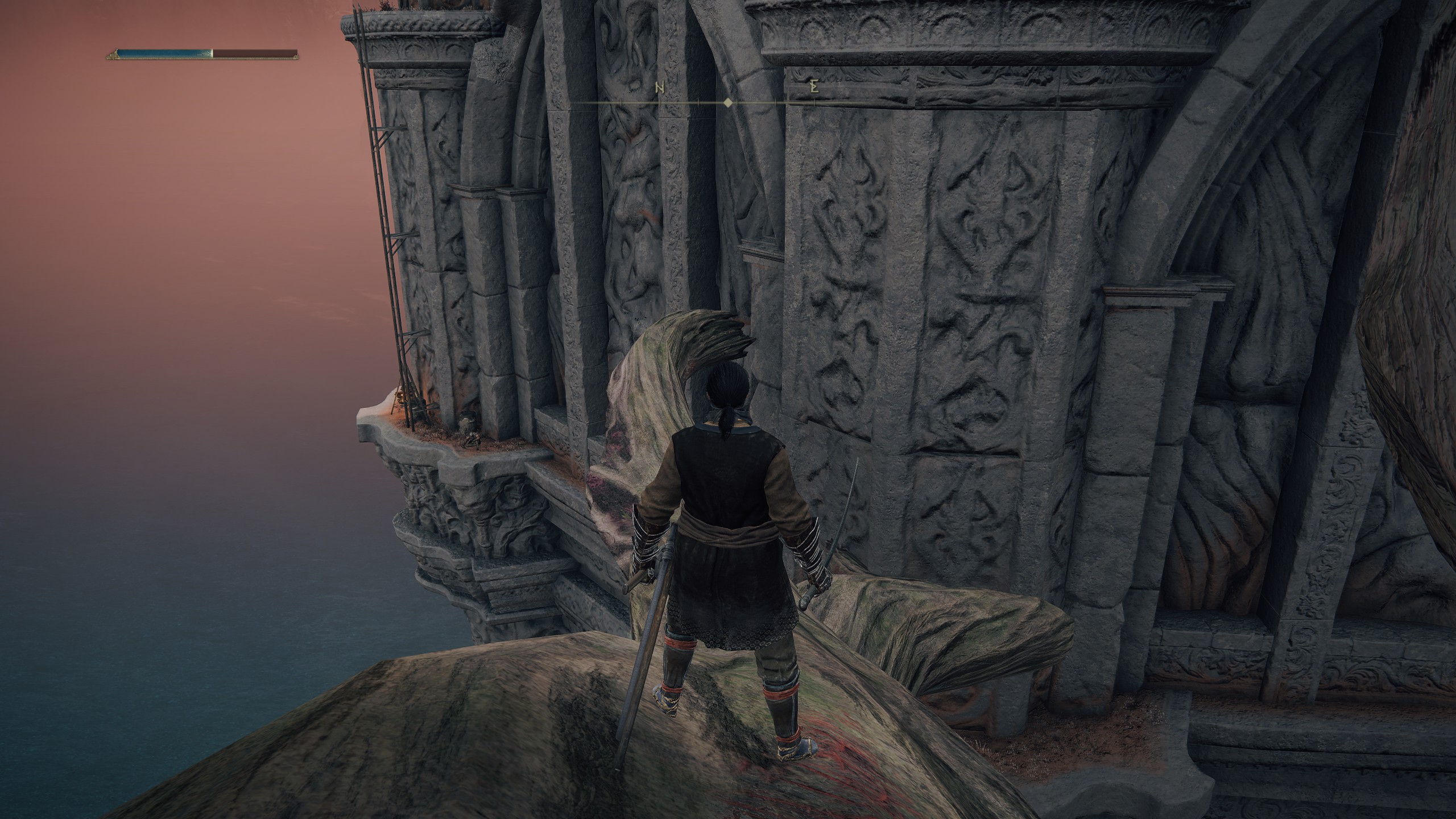 The Godslayer’s Greatsword is found in the basement of the Divine Tower of Caelid, located in the north-central area of the map near the Dragonbarrow West site of grace. You’ll have to climb up the tower to an entrance, then all the way back down once inside, so get ready for the kind of “is that where I’m supposed to jump next?” platforming usually reserved for a Destiny raid. I hit this mini-dungeon around level 90, and wouldn’t recommend tackling it before level 70, or even 60 as a bare minimum.

From the tree roots extending from the mainland to the tower, you can see two ladders, one with an enemy next to it. It’s best to deal with opponents at range here to avoid the risk of falling off. Follow the root to the outcropping on the tower, the lower of the two ladders, and climb up.

Do not climb the second ladder immediately after the first. Instead, use Torrent to double jump across the gap in the arched path to the right. Climb the ladder at the end of this path instead. 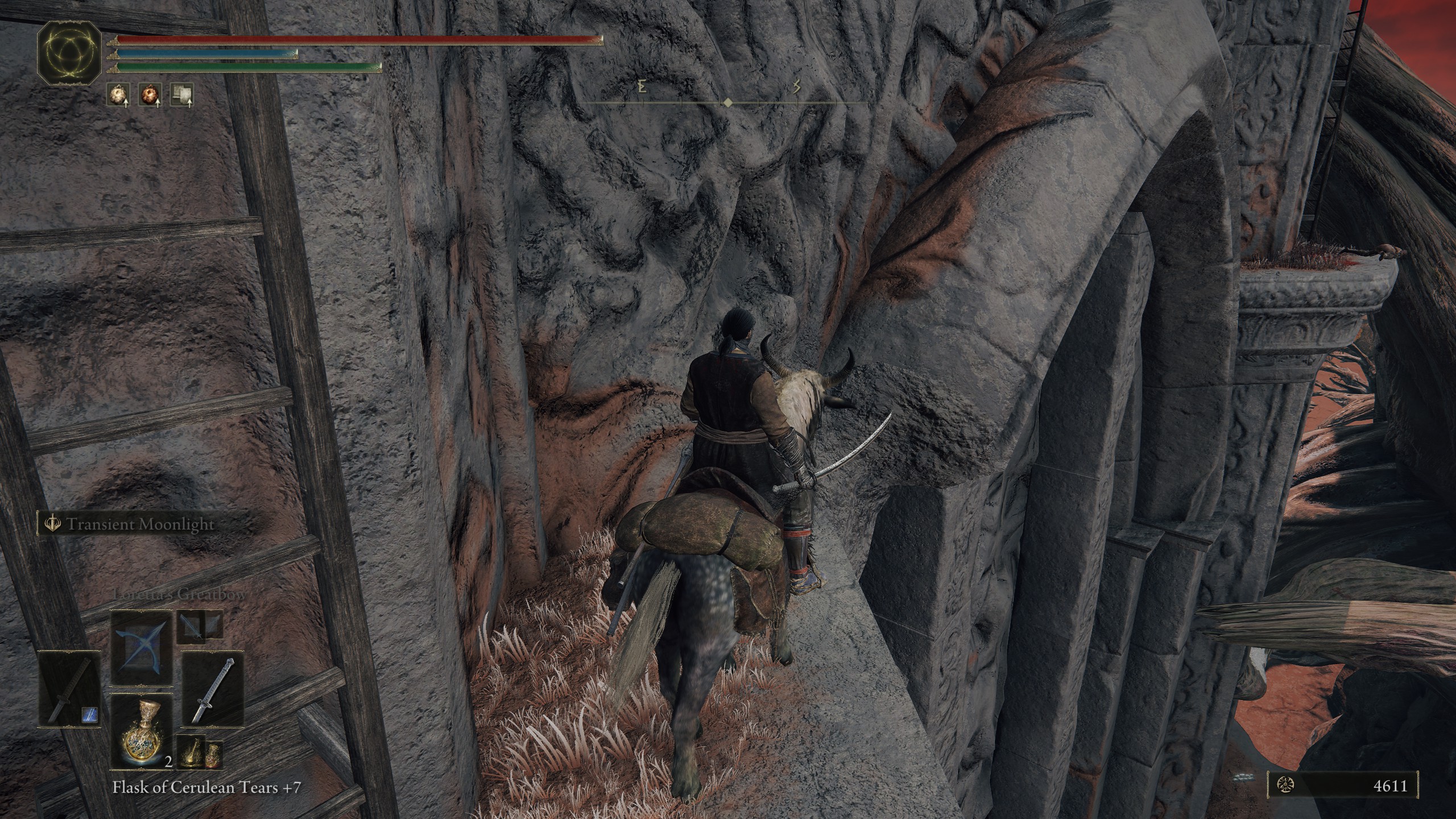 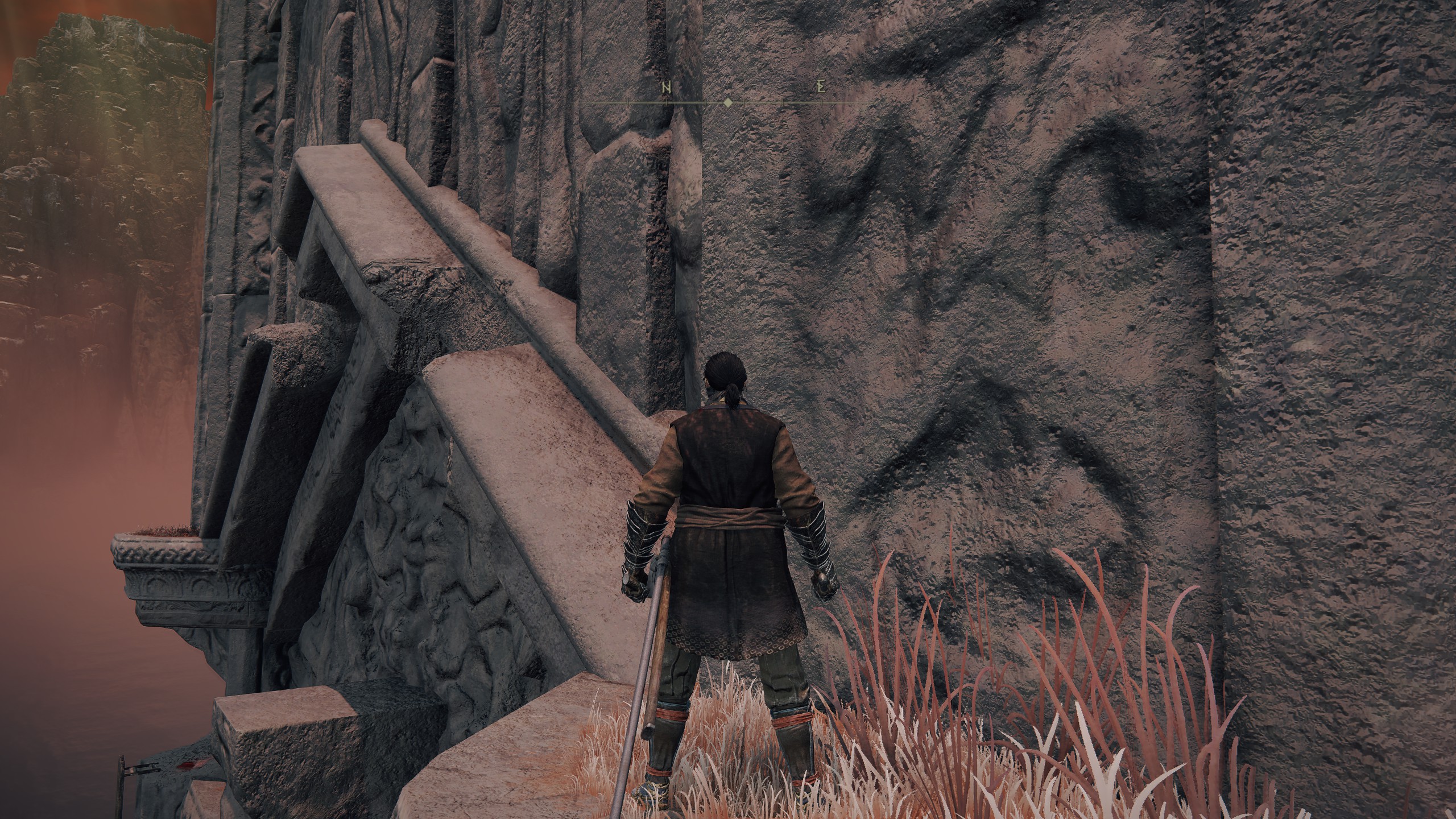 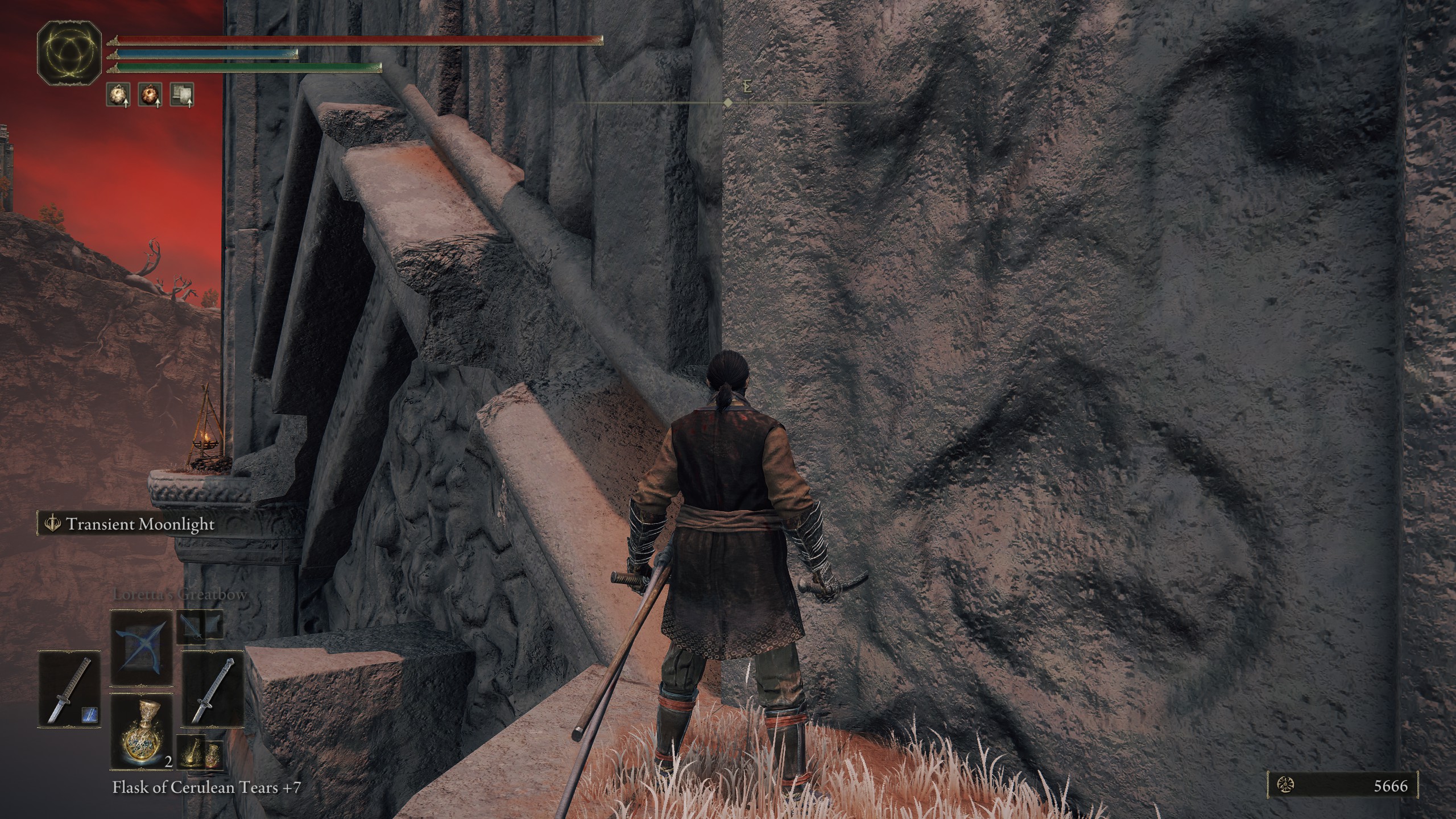 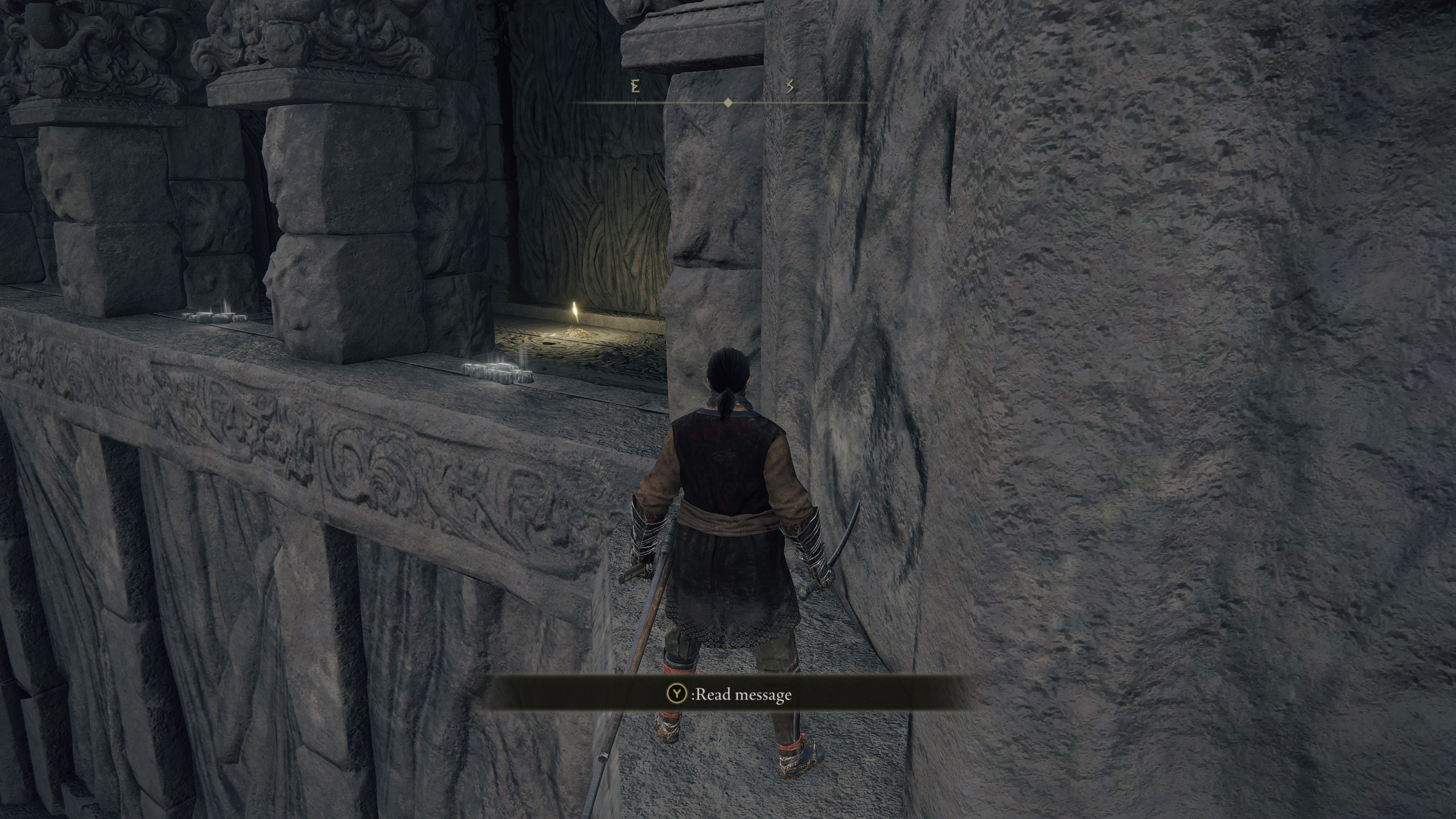 Proceed left from the top of the ladder, and follow the path wrapping around the tower. Use Torrent’s double jump to cross any gaps, being cautious as there are a few that are hard to see coming. You’ll find a site of grace at the end of the path.

The stairs north of the site of grace lead to the activation point of Radahn’s Great Rune. For the Godslayer’s Greatsword, turn south and take the stairs down. Watch out for two Redmane soldiers at the bottom, one hidden around the corner.

What follows is a FromSoft staple almost as iconic as Miyazaki’s love of poison swamps: the old “drop from ledge to ledge making your way to the bottom of a great pit” set piece. (See also: the Great Hollow, Majula, and the Hunter’s Workshop). The path is fairly straightforward: your first goal is the cage elevator with a Redmane soldier guarding it, which is down and to the left of your starting point. The cracked strut in your path will break under your weight, but it’s a scripted event, so you’ll take no damage from the fall and this is the path you need to take. 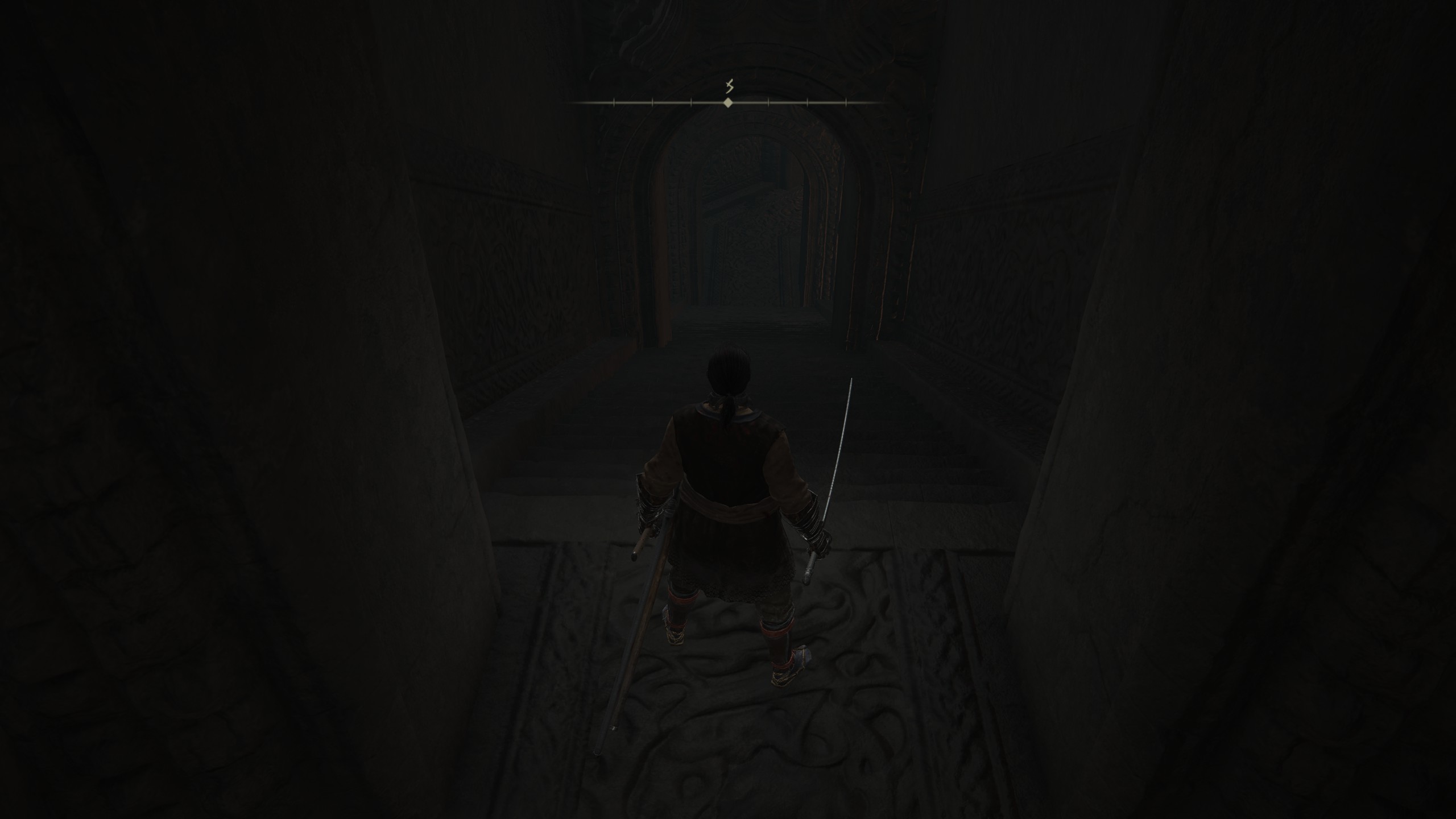 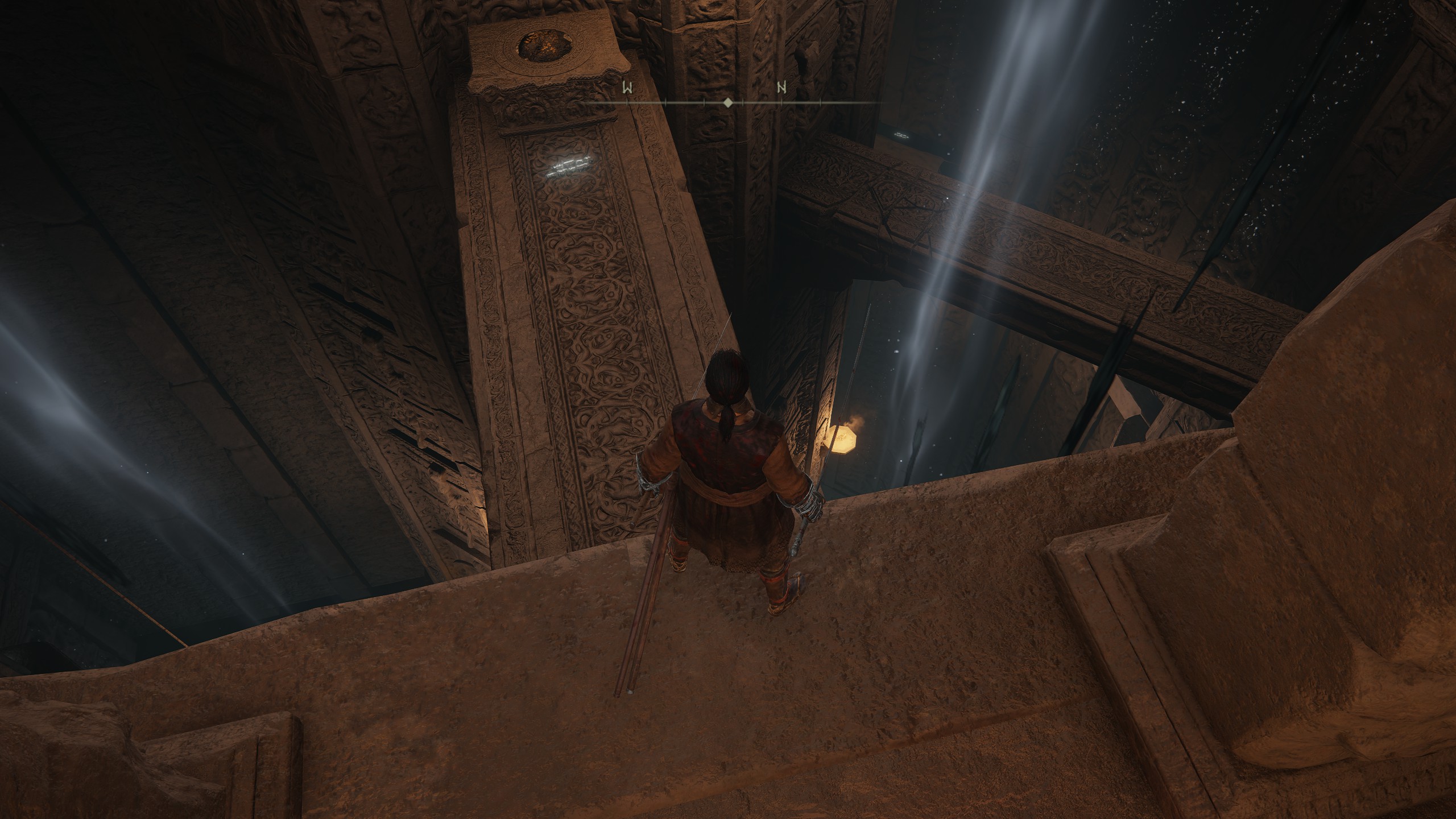 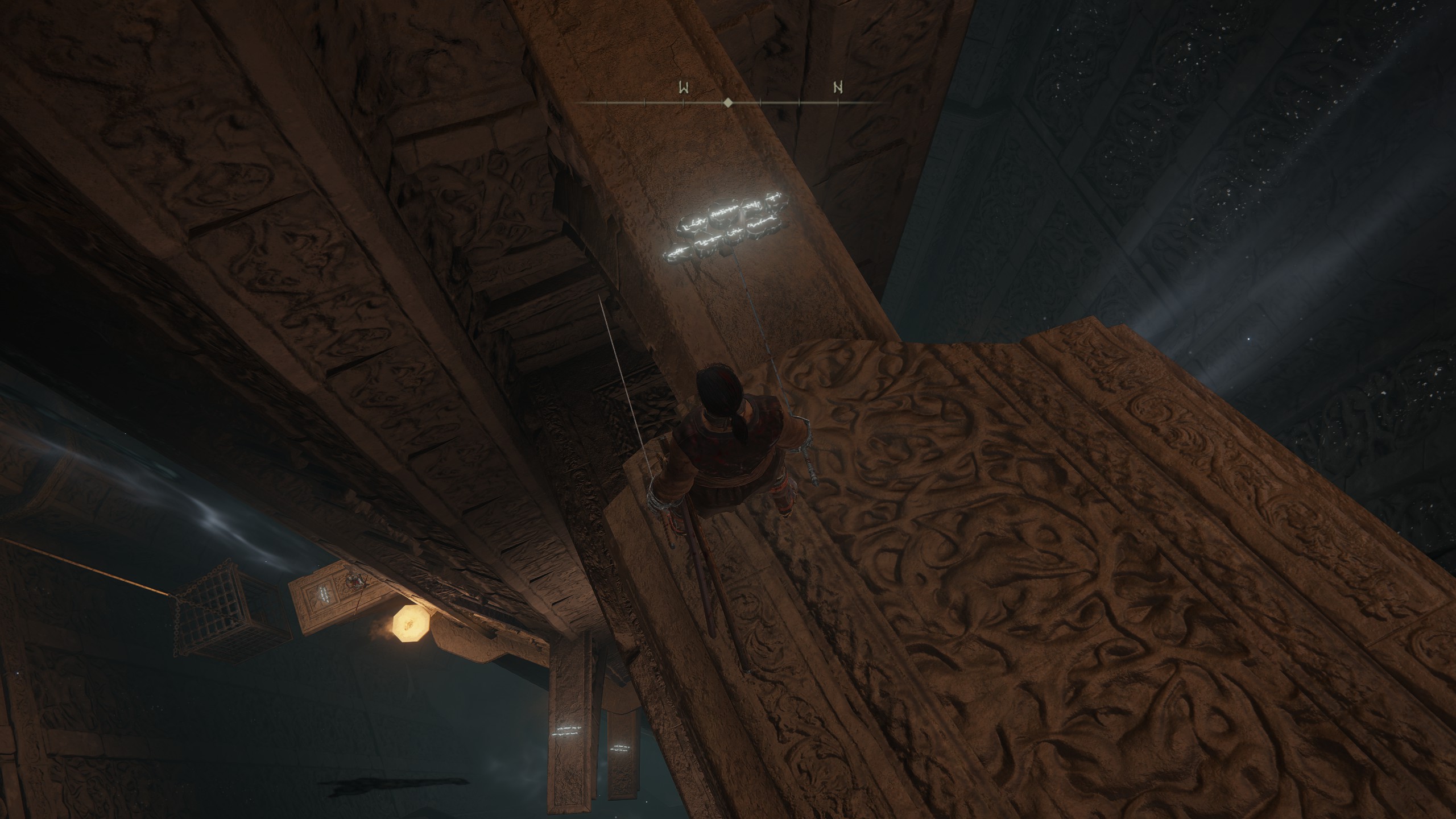 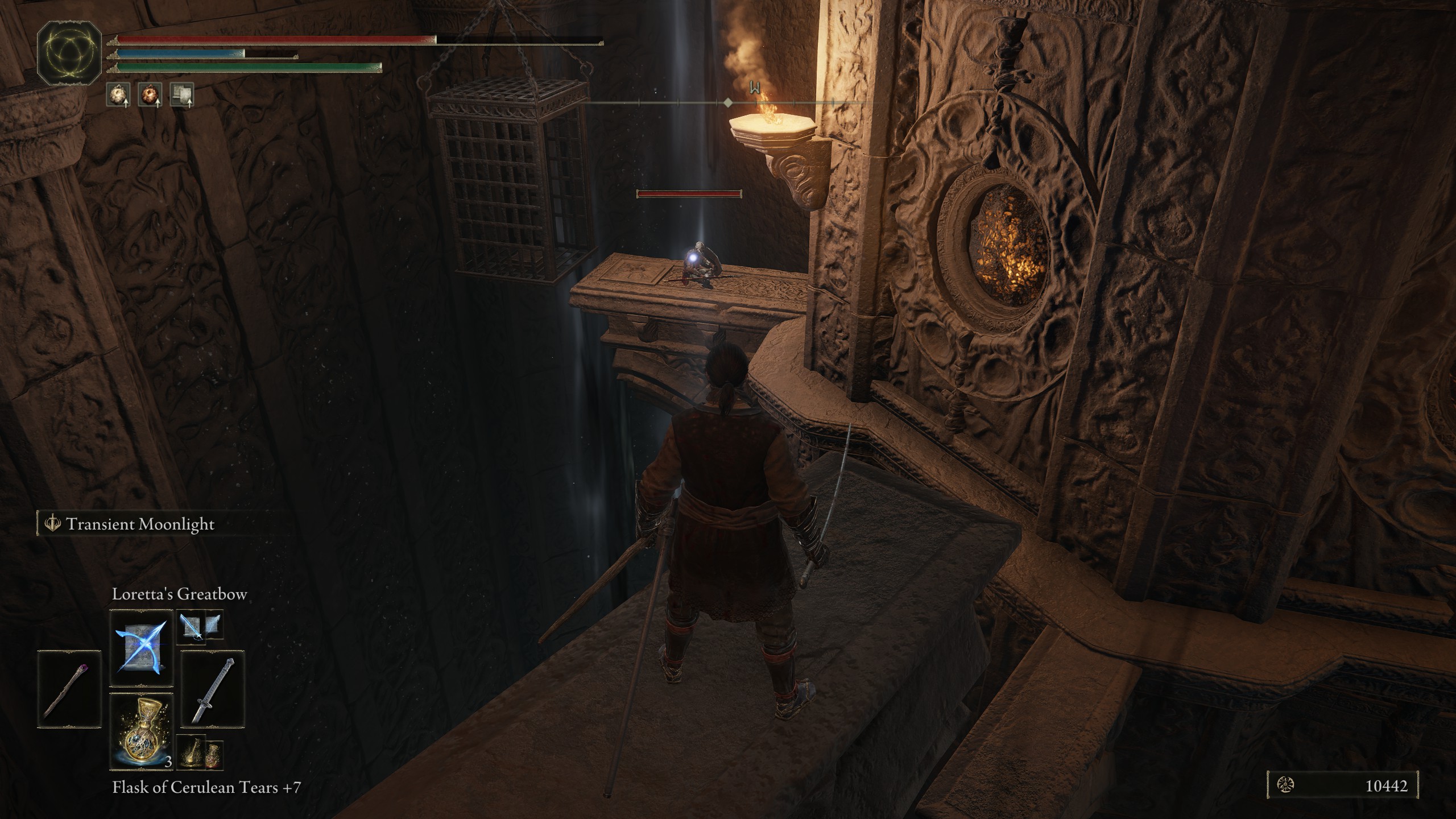 Take the elevator up and follow the hallway curving back around the tower. Take a detour up the ladder and open the door at the top—it’s a shortcut back to the last site of grace. There is a blackflame monk farther down the hallway with ample poise and damaging incantations, but he shouldn’t pose too much of a threat.

At the end of the hall, jump out on the ledge to your left and continue following the curve around the tower until you are directly above another cracked strut. Like the first, it will break and you are scripted to survive—there is no other path to the bottom of the tower—but I had this one glitch out and the fall killed me twice before doing no damage a third time. If this happens to you, keep returning via the shortcut and attempting the jump until you land safely next to the elevator. Ride it down to another site of grace, and past another blackflame monk you’ll find the boss door to the Godskin Apostle. 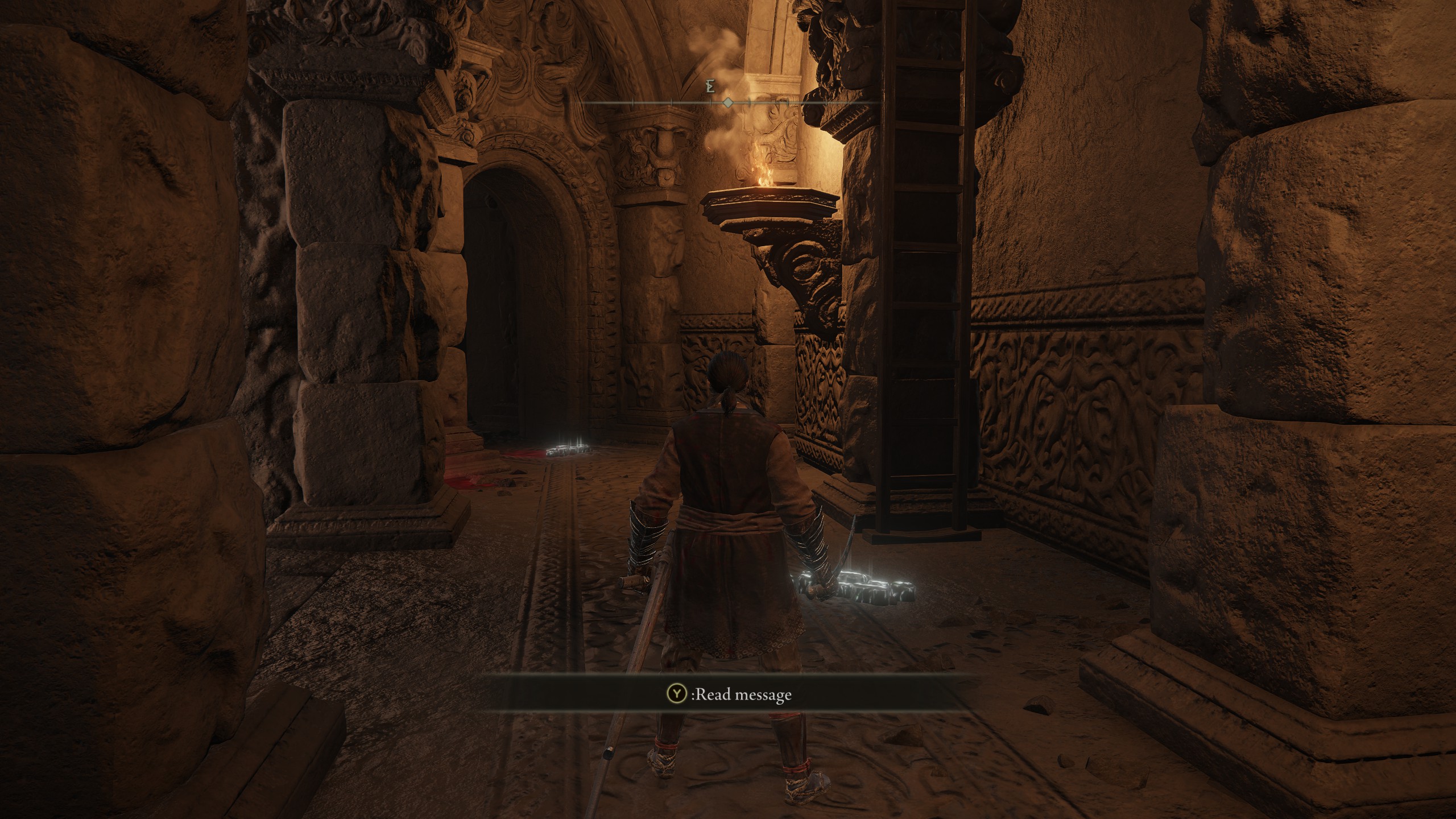 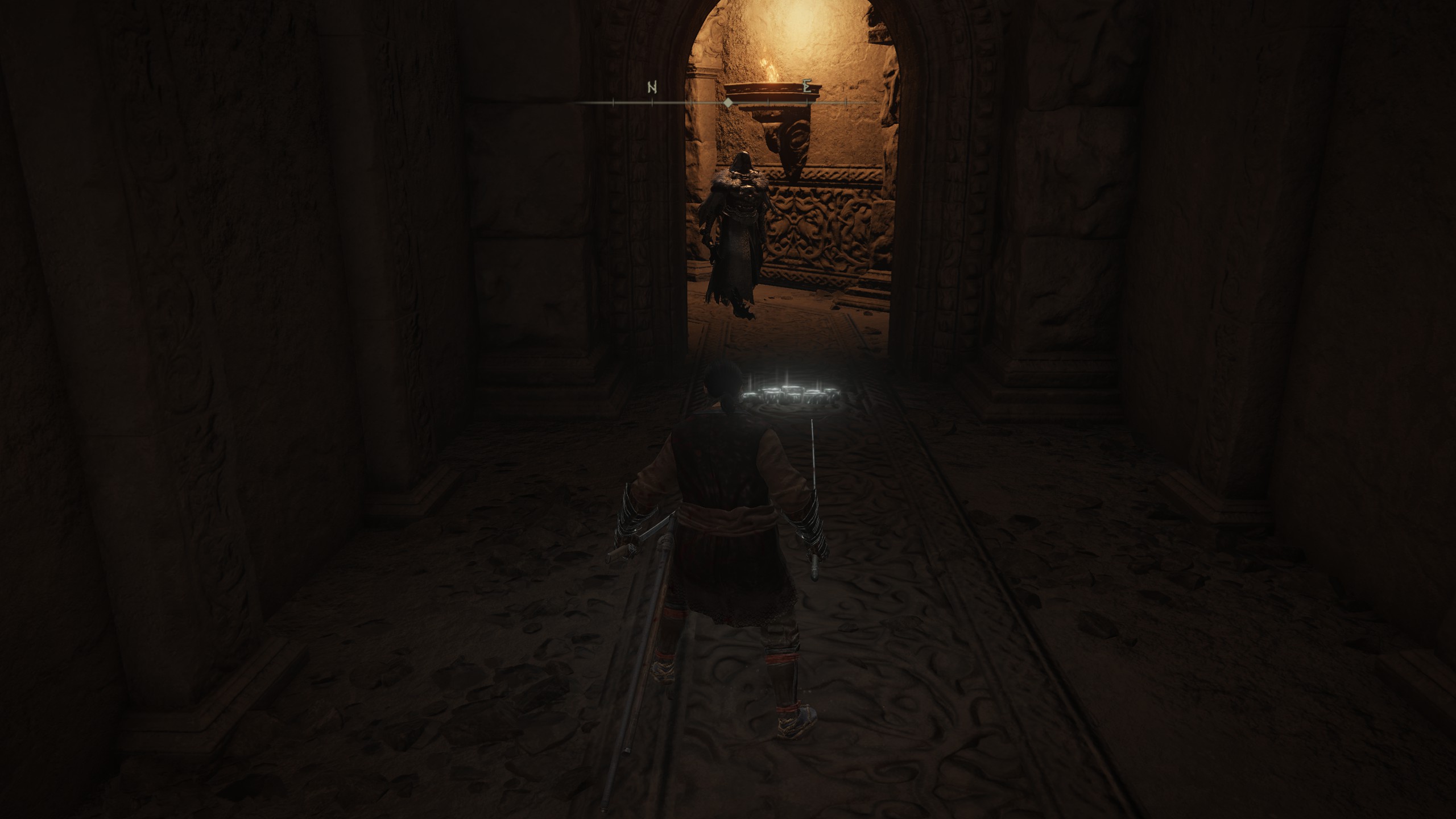 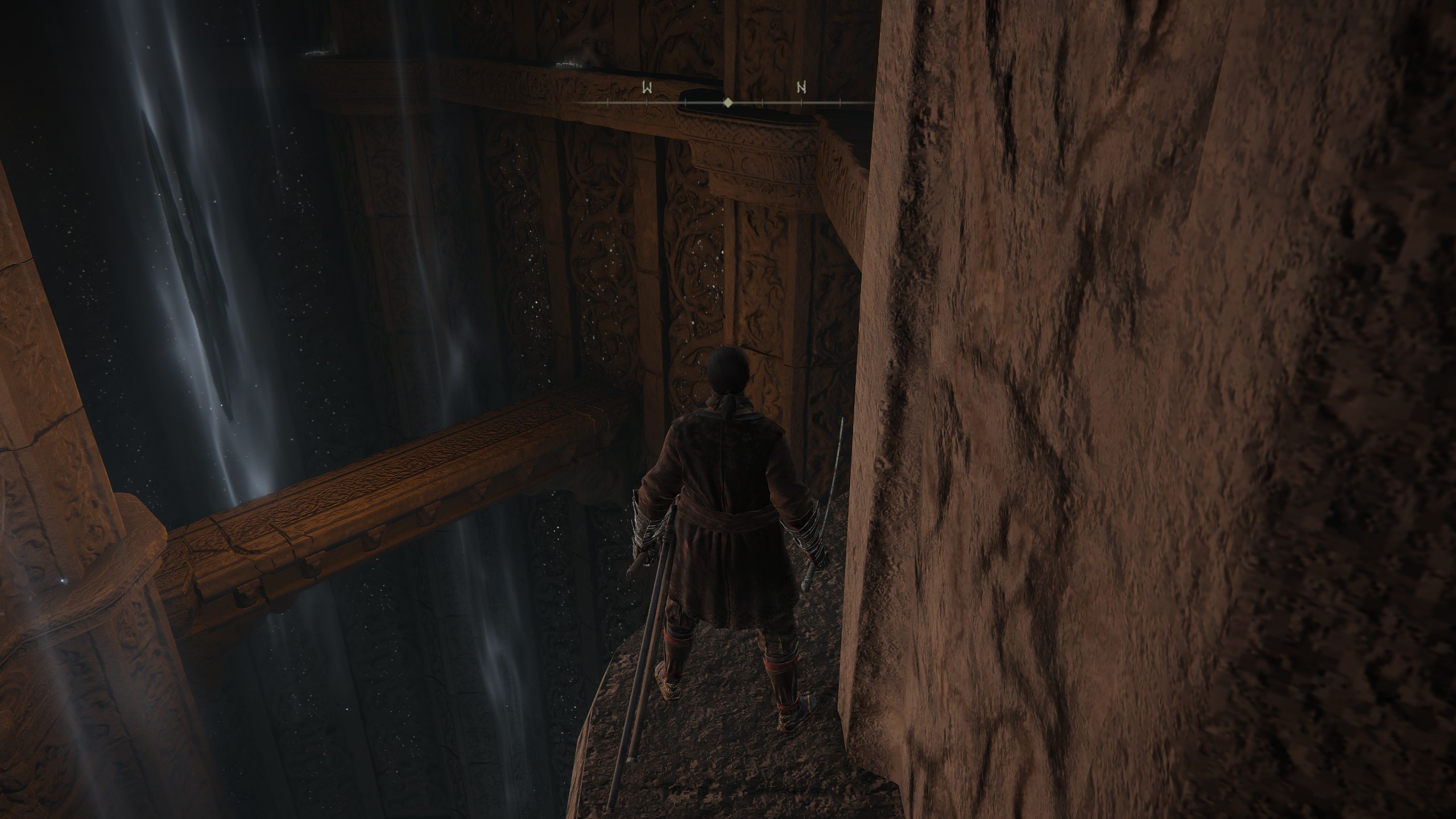 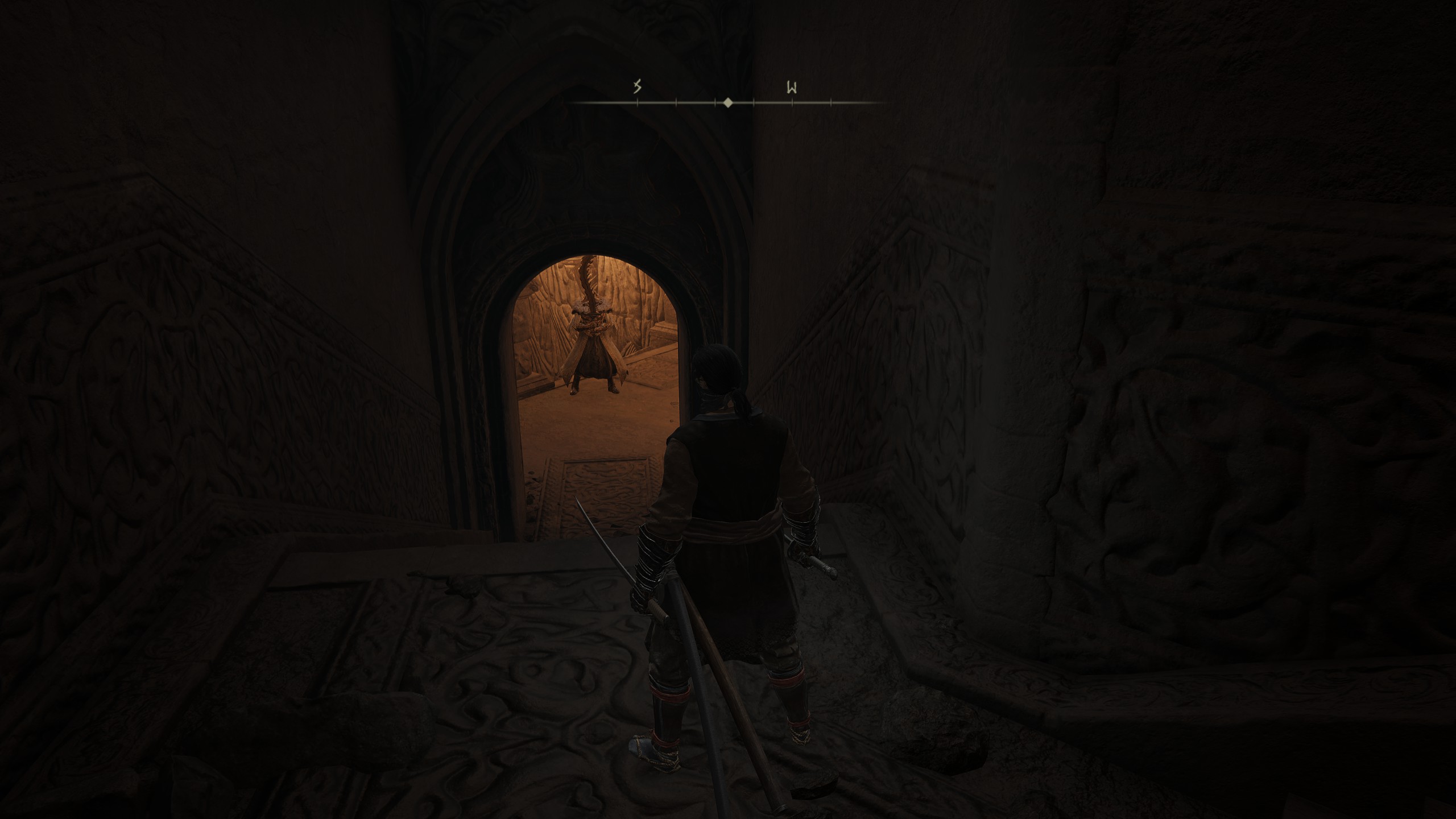 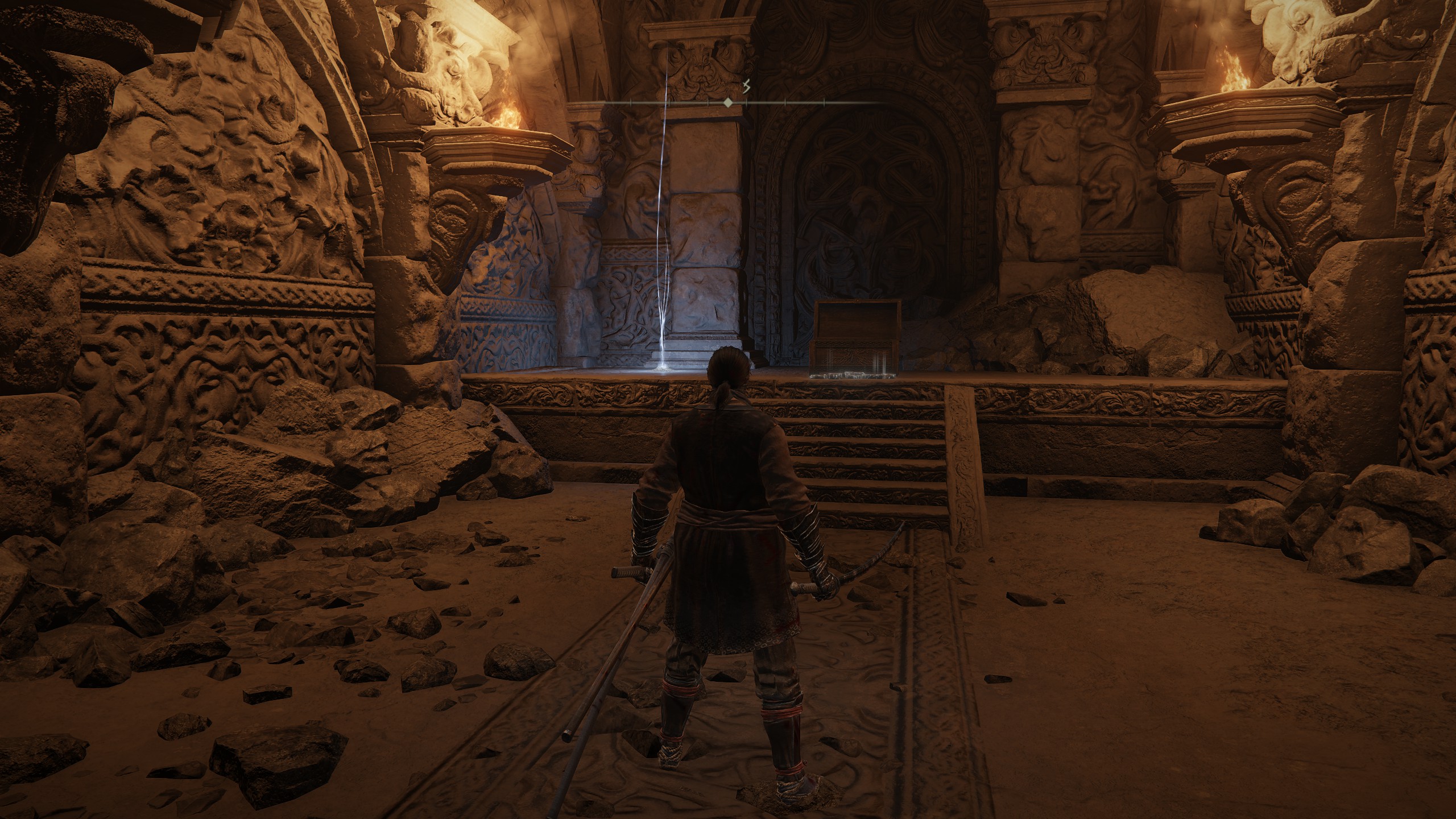 Most of the Apostle’s attacks are fairly well-telegraphed, and it shouldn’t take too many attempts to get into his rhythm. One sticking point for me was an attack where he rapidly spins his blade in front of him like an industrial fan, holding it there and walking forward for massive damage. I never managed to get behind him during this attack, and it’s safer to keep your distance until it ends. Be careful of when you heal as well—the Godskin Apostle will cheekily lob a blackflame projectile at you when you attempt to sip from your flask.

His second phase will introduce some Reed Richards stretchy antics, but they don’t mix up the fight as much as, say, Margit’s phase 2 moves. Once you defeat the Godskin Apostle, you’ll receive his nasty-looking armor, and a chest in the next room contains the Godslayer’s Greatsword. 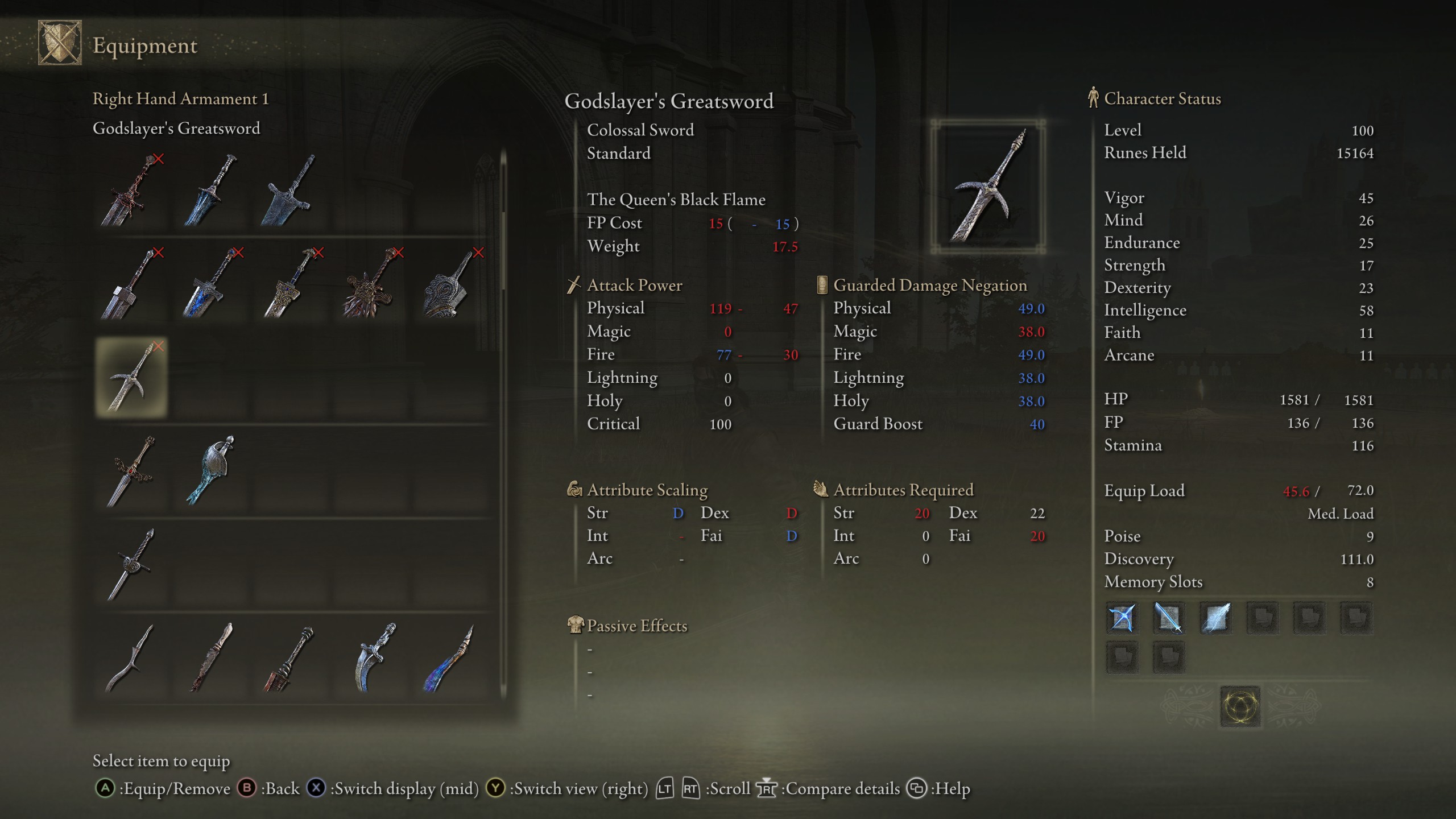 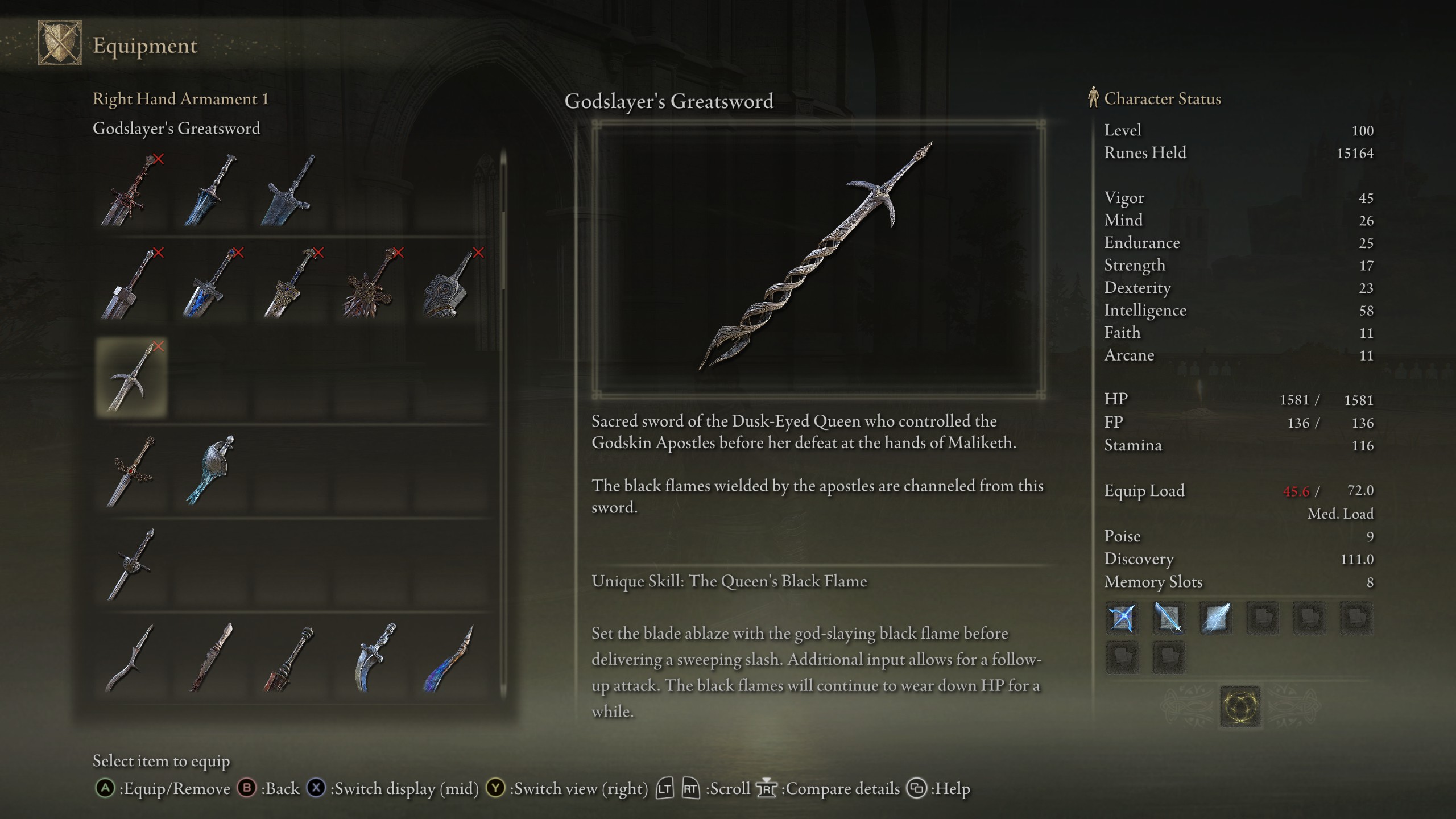 The Godslayer’s Greatsword’s ashes of war is “The Queen’s Black Flame:” a two-hit combo of charged blackflame attacks. Its requirements are as follows: