Don’t fear the metaverse, I’ve seen the proof that it can work

It’s an odd thing, being a human in 2022. We seem to be in the curious position of mocking, dreading, and rejecting the future painted to us by the powerful tech billionaires who shape it, and yet are simultaneously constantly convincing ourselves—and each other—that very future is certain to happen.

The animatronic Facebook co-founder described to us a new, VR-driven version of the internet.

Like so many major beats of the modern era, Mark Zuckerberg’s metaverse presentation was almost indiscernible from a Black Mirror episode. In it, the animatronic Facebook co-founder described to us a new, VR-driven version of the internet, where we’d meet up, socialise, buy stuff, do our day jobs, buy more stuff, watch a load of ads, and then chill out with a low-gravity poker game. It looked like being reincarnated as a Nintendo Mii in the very deepest circle of hell.

And yet, despite the fact that it so obviously looks like a nightmarish post-society hinterland of immersive pop-up ads and utterly worthless consumer items; despite the fact that nobody you talk to actually says they want this thing, the conversation in the tech media following Zuck’s lolloping-limbed performance has been about when, not if, such a future will happen.

Notably, most of the excitement seems to be coming from people looking at it as an investment opportunity. People who just shut down their crypto farms because energy bills are too expensive. People who bought all the NFT Ape drawings and are patiently waiting for them to hold Jackson Pollock-tier value.

They’re the ones desperate for us to live in the metaverse, so that they can sell us pretend-outfits for real money.

But there’s an alternative vision of how augmented and virtual reality might benefit our lives as the tech behind it becomes more sophisticated. And the most encouraging place you can currently find it is in the world of cycling.

Maybe you’ve heard of Zwift. Established in 2014, it’s essentially an MMO cycling game meets training tool, where riders move through virtual environments by hooking their bikes up to static trainers and watching a screen that translates their input on the bike to a virtual avatar riding a 3D course. Using ANT+ and Bluetooth connectivity, power meters and height and weight data from the rider, Zwift calculates how fast you’re moving through that virtual world, and can track other riders along the same route in one live event.

As you might imagine, it really took off in 2020. With our outdoor exercise arbitrarily limited by confusing and constantly changing lockdown rules, many cyclists invested in a trainer for their bike, cleared a space in their garage, popped a screen in front of their bike and went for a ride in the only place they were allowed—Zwift’s idyllic climes. And, indeed, climbs.

Since 2016, Zwift has also hosted something of an esport element, and even had its own cheating scandal (opens in new tab). The Zwift World Championships, ruled over by cycling’s governing body the UCI, pits the platform’s very fastest cyclists against each other and has produced athletes who’ve gone on to secure real pro team contracts. 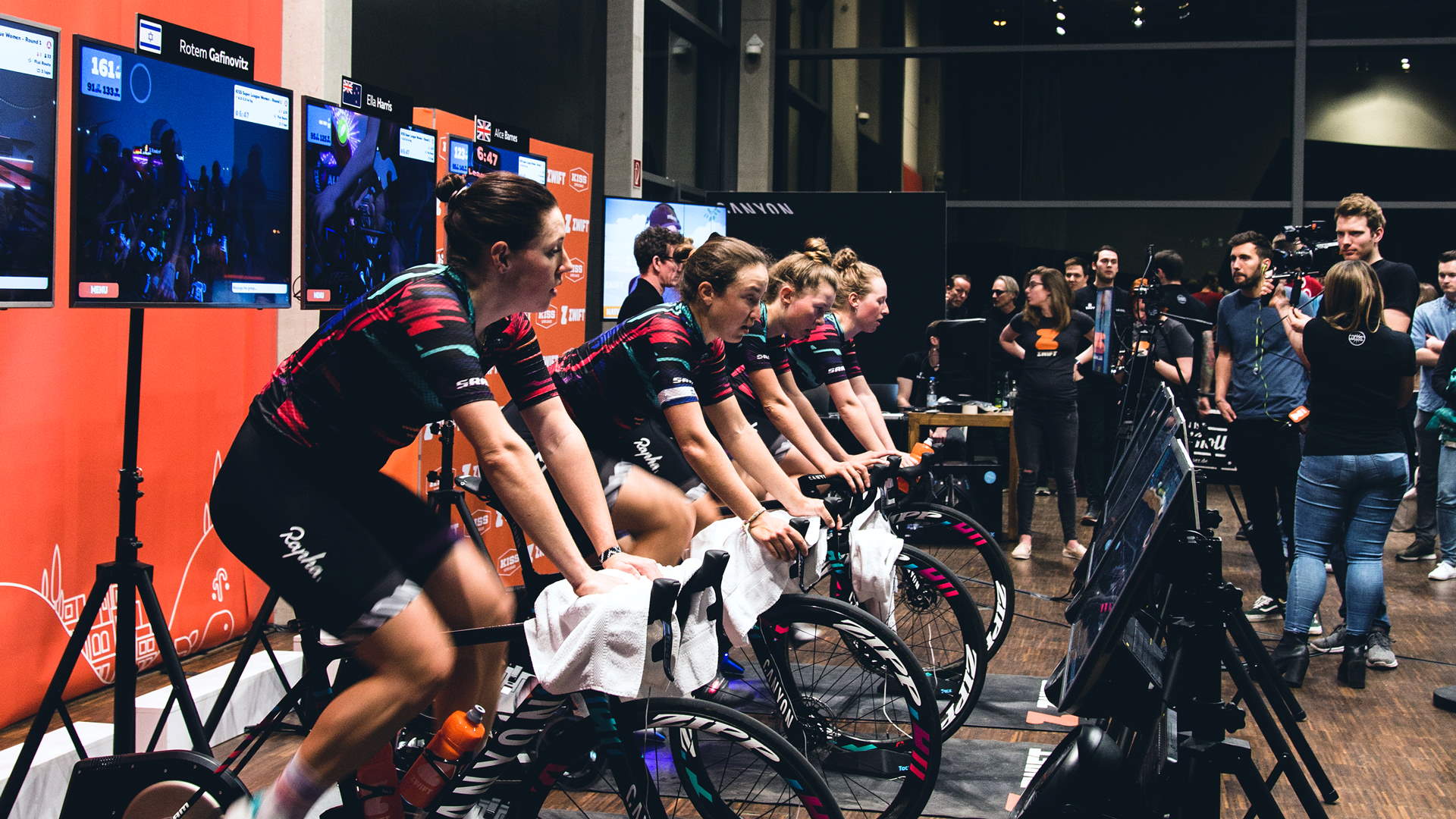 2022 winner, Loes Adegeest, currently rides for UCI World Tour team ICBT, and she’s had strong showings this season including a 5th place finish in the general classification of the Lotto Belgium Tour. 2020 champion Jason Osborne dips in and out of UCI cycling events, balancing his time between being a semi-pro cyclist and rower. And here I am, three Magnums deep into this article so far.

Zwift’s esports champs transitioning into UCI road cycling is a good look. We’ve seen similar parallels in sim racing and motorsport, where Sony’s GT Academy drivers went on to drive – and win – real endurance racing events, and where some of F1’s biggest stars in Lando Norris and Charles Leclerc are almost as commonly seen streaming in their sim racing rigs as sucking electrolytic drinks through a straw on the pit wall.

And that feels like a crucial component of any desirable metaverse—transferable skills. Poker is poker, so Zuckerberg has got me there, but what other skills might we be honing and seeing real progress in while we adorn our VR headsets?

However detailed the data might be, it’s still just a simulation of the real thing.

Interestingly, while the route from virtual cycling to UCI-calibre competition is now clear and viable, that road can’t necessarily handle traffic both ways. Many pro riders were probably surprised to find that despite their superhuman VO2 max and watt per KG numbers, they weren’t winning Zwift races when the mass indoor migration occurred in 2020. That’s because Zwift doesn’t require any bike handling from its riders, and it simulates crucial physical elements like drafting. However detailed the data might be, it’s still just a simulation of the real thing.

After two years of cancelations, PAX Australia is trying again in 2022

Zwift isn’t perfect, then. But as an esports environment, and more broadly an analog of the kind of metaverse Zuckerberg’s shilling, it’s pretty encouraging.

Most obviously, it’s beneficial to your health. Riding a static trainer requires aerobic and anaerobic effort. It burns calories. It might not be teaching you how to descend, or where to put your weight on tricky climbs to avoid the rear tire losing traction, or how to take a 90-degree corner just before a lead-out sprint, but it’s placing similar demands on your body to outdoor cycling. Which means when you do head out on a moving bike again, you can feel the benefit.

And that’s what’s missing from the version of the metaverse we’ve been shown so far—any tangible benefit to our real lives. Nothing about Meta’s presentation showed us a way to make us healthier, happier, or better connected with others. 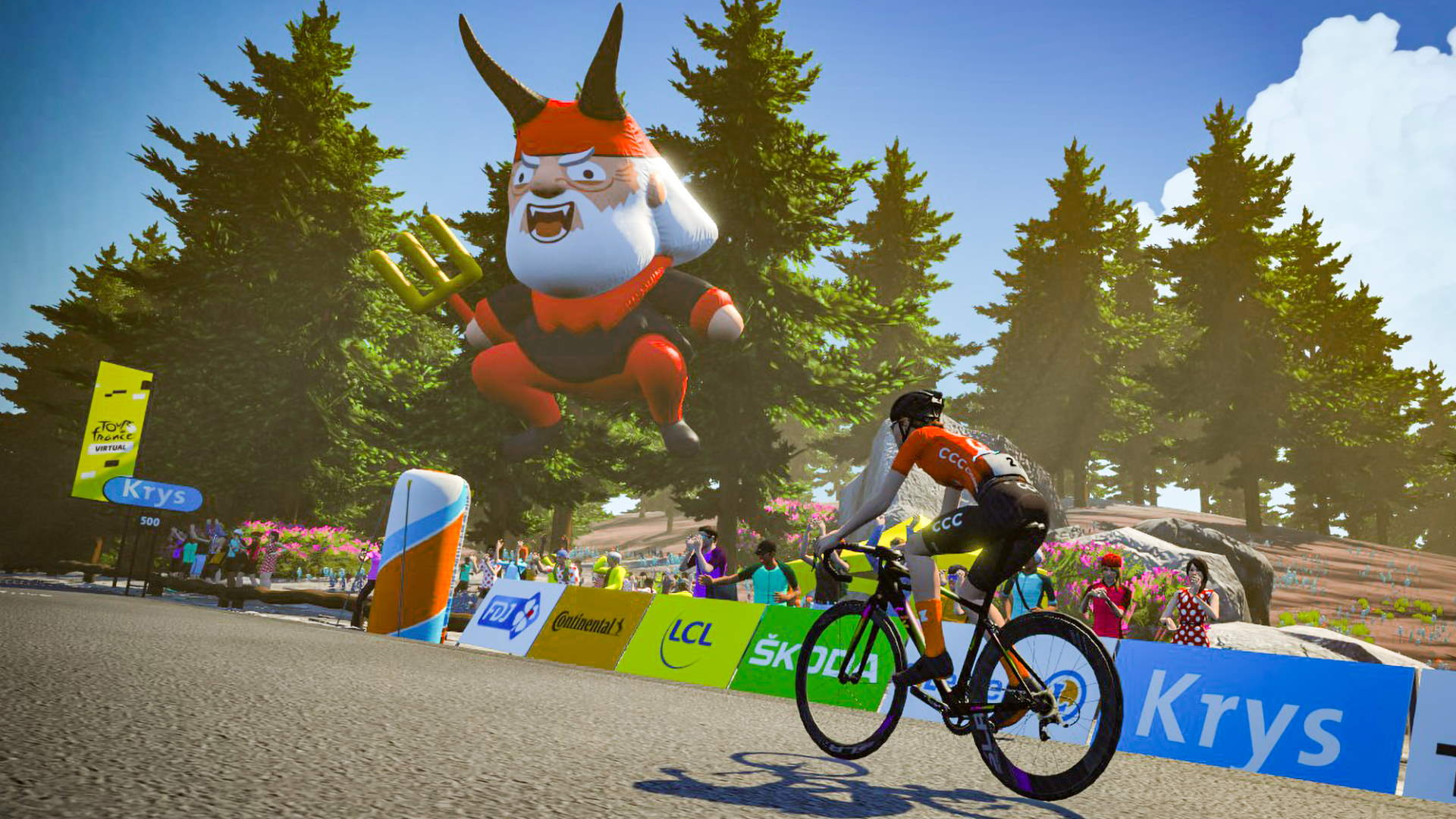 Zwift isn’t without its nonsense, mind you. It’s full of customisation options, from jerseys to facial hair to bikes and wheels, and the virtual componentry you buy affects the stats of your virtual bike. For example, buying deep aero wheels and an aero frame would give you better simulated performance on flat rides, while going lightweight would mean you could output fewer watts on a steep climb than another rider on a heavier virtual bike and still beat them to the top.

If that sounds a bit ‘games industry,’ these purchases aren’t pay to win. At least, not with real cash. The currency in Zwift is Drops, and they’re earned by completing actions within the platform. Expending calories, covering distance markers, riding with pace setters, and so on. They can’t be bought with real cash, traded, or gifted. So while somebody who’s been using the platform for a long time might be at an advantage compared to a rookie due to the virtual gear they’’ve unlocked, at least they had to sweat to earn it.

Crucially, nobody is pretending these items are real, either. Zwift beards aren’t NFTs, nor is anything else in the Drop Shop, despite the bike parts featuring real manufacturer branding and visual designs.

There are some great lessons PC gaming’s esports scene can learn here. And in the longer term, more important lessons our proposed metaverse can digest too. Zwift’s messaging has never been about buying stuff, even though the initial cost to buy into the platform is high. It isn’t trying to create a persistent virtual marketplace that takes your real-world money and turns it into make-believe possessions.

More importantly, it’s both health-positive and allows you to practice a skill applicable to the real world. And that, one suspects, is why people are actually using this burgeoning metaverse.