My partner, Ash, loves going about things the hard way. When I heard he was going to break up with QWERTY keyboard layout for the supposedly more efficient Colemak keyboard layout (opens in new tab), I was not surprised.

If Ash had to choose between scaling a mountain, or a longer jaunt around the side, he’d undoubtedly go the path of most resistance, just to see how things will turn out. It manifests in every aspect of his life, and although watching him painstakingly train himself to use the Colemak layout over several months seemed overly Sisyphean to me, I did gain a newfound respect for his determination.

Learning a new keyboard layout is hard. Remember the first time someone presented you with a keyboard? It takes years of practice to get to grips with one, let alone harnessing the ability to touch type like I am now. And never mind relearning it all over again, with your native layout still swirling around in your head.

My multilingual friends tell me they sometimes think in English but speak in German or Bulgarian, and vice versa. Thinking in English, and trying to ignore the QWERTY muscle memory is a whole other spatial faff my synapses would have real trouble contending with.

The point of Colemak, says the official site, is to offer a “faster and pain-free” alternative to QWERTY and Dvorak keyboard layouts. With around 100,000 people having taken up the challenge of switching, it’s currently the third most popular layout for typing in English.

The site claims that your hands move over double the amount with QWERTY than Colemak, with “16x more same hand row jumping.” To make a more effective layout, Colemak puts the most used letters in the home row, which means 35 times the number of words can be typed by just leaving your hands in their default stance.

Take a look at the Colemak layout in all its glory. (Image credit: Colemak)

All this propaganda had my partner really turned around. He was ready to drop his beloved QWERTY and try out something new and exciting. And it went surprisingly well for the first few months.

First he switched over his home keyboard layout to reflect Colemak, or at least, he tried.

The Logitech G513 my determined other half was using made swapping the keys around pretty awkward, what with each row of keys having different heights—something to consider if you’re thinking about the switch—but he didn’t let that deter him.

He resorted to only switching around some of the keys, and went on pouring his heart into learning to touch type with this alien layout. What he found was his typing speed did increase over a period of about 5 months, but it took a fair while to get the accuracy up. He’s now rounded off at 95% accuracy, a more than acceptable level. 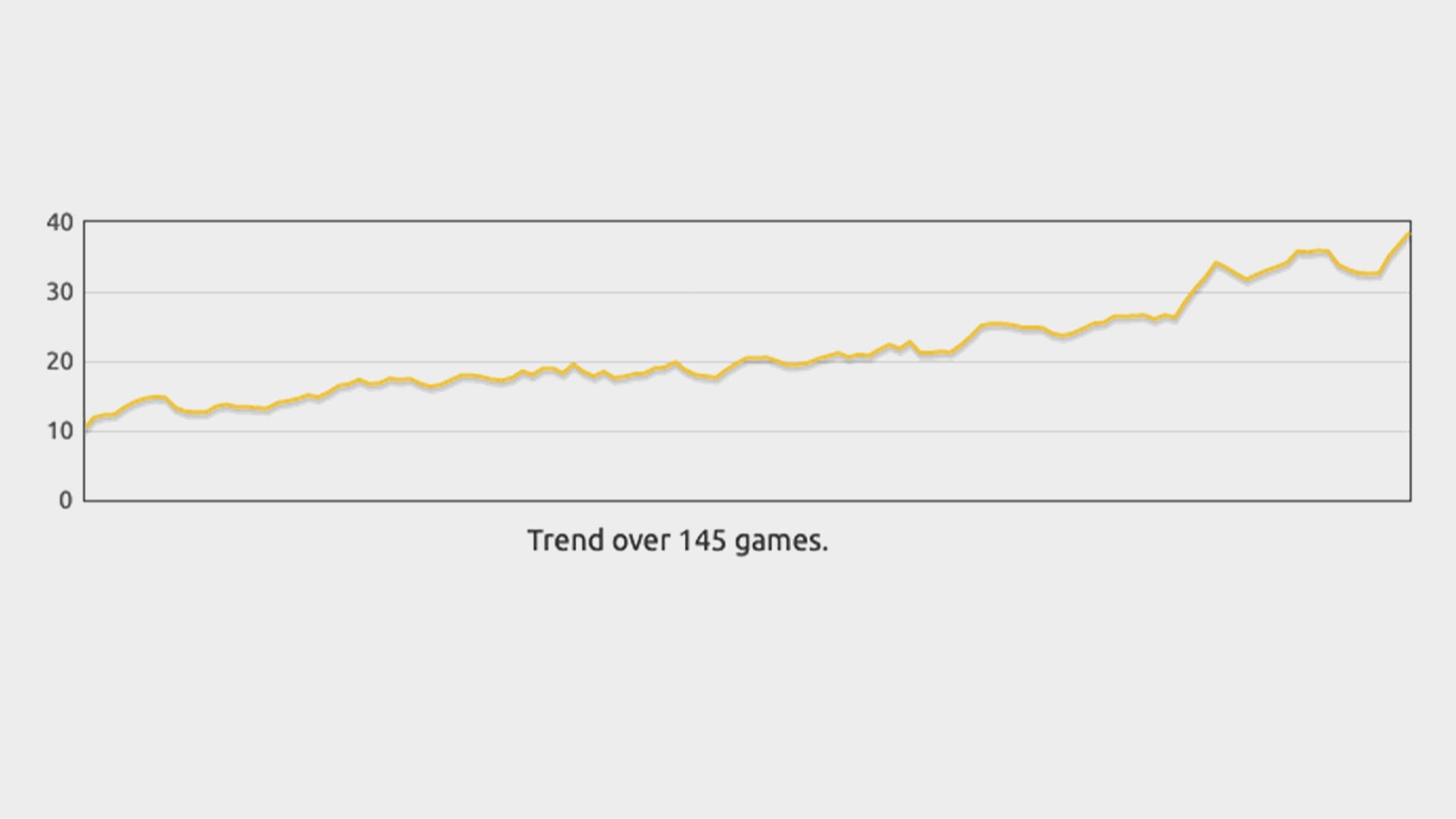 “I stopped thinking about where my fingers are a good 2–3 months ago,” Ash says. So he’s managed to get good enough to touch type in a matter of months.

Right now, as someone who types on QWERTY daily for my job, I’m on 32–45WPM with around 91% accuracy, and that’s on a good day (don’t tell my boss). So Ash managed to get his stats up to my level over just 140 odd sessions on keyhero.com (opens in new tab). Impressive stuff.

All this success was the result of fully immersing himself in the Colemak lifestyle, though. He swapped his cellphone layout over, and his work keyboard layout too. While the phone switch helped a little, he recounts that changing at work was a revelation. “Sure, typing out emails was a drag for the first few weeks, but at least no one could prank me when I walked away, leaving my PC unlocked.”

Ash went on about the superiority of Colemak compared to QWERTY for months, but after a while he started running into yet more hurdles. The fact no one could type on his keyboard meant I couldn’t enter my passwords on his PC, or pop on to change the music when we were listening through his setup. So while it’s great for thwarting would-be pranksters, Colemak is certainly not for anyone who has to share a keyboard.

He’s finally come crawling back to QWERTY, mostly for the convenience it brings to gaming.

When it came to gaming, too, there was the issue of games not registering Colemak keyboard layout. Trying to wangle it so playing games wasn’t a hassle was no easy task, particularly ones with control schemes he’d already spent ages tinkering with. Some, however, did automatically update to accommodate Colemak.

He’s utterly convinced his posture has improved while using Colemak, too, and says his hands are also much less tired from typing all day. But despite its many health and efficiency benefits, in this world of QWERTY domination it’s still hard to see Colemak being widely adopted.

Convincing people to change when others around them are mired in the old ways is difficult, as this Colemak positive BBC Worklife article (opens in new tab) points out. Top keyboard manufacturers are also unlikely to offer it as an alternative when it’s still such a niche market.

The Colemak layout does come pre-installed on Mac (surprisingly) and Linux, (less so), and more people are moving over by the day, so there is scope for change. But if it comes, it’ll be a slow, and likely very painful change.