BMOC The Grind Qualifiers Day 4: Schedule, teams, where to watch and more

Today is the final day of “BMOC The Grind” Qualifiers. The practice BMOC scrim features 32 invited teams fighting for limited slots in the league stages. The league stages, scheduled from April 7 to 10, will witness 24 top teams from the qualifiers playing in a round-robin format.

Fan-favorite Team Soul is on top of the overall points table with 142 points in nine matches. The team also has the most kill points with 67 kills and chicken dinners with three. Following them in second place is Team XO with 120 points, while rising team Chemin Esports is at third rank with 99 points. 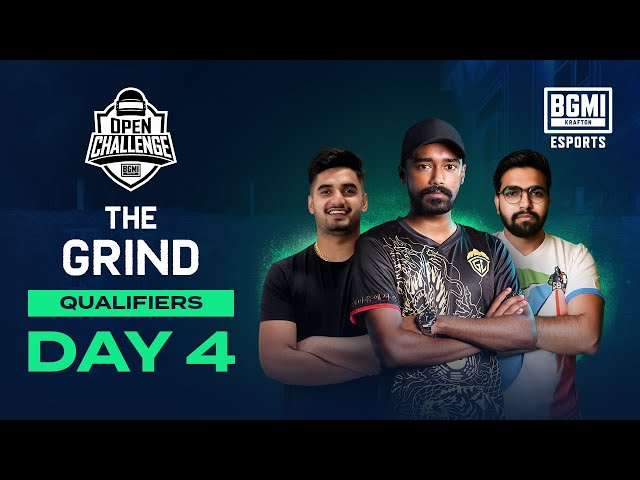 Team Xspark had a good day and is now ranked 11th, while Team 8bit improved three places to 12th. Skylightz Gaming and GodLike Esports, who were formerly at the bottom of the table, have improved their positions to 17th and 24th, respectively. They must now retain this position in order to advance to the next stage. Hydra Officials had a tremendous day, jumping 11 places to finish 21st.

On the final day, each team will play three matches; nevertheless, the tables can turn, and anyone can qualify with a single spectacular performance. At 5:00 PM IST, the action will be broadcast live on the Battlegrounds Mobile India YouTube channel.