Team Soul maintained the top spot after day 3 of BMOC The Grind Qualifiers. The team clinched three out of nine matches. Team XO and Chemin finished in second and third place with 120 and 99 points, respectively.

Hyderabad Hydras continued their consistent gameplay and occupied fourth place despite claiming a chicken dinner. TSM, who had a poor start in the event, has now placed in fifth place with 97 points.

With one chicken dinner and 60 points, Skylightz Gaming is currently in 17th place. GodLike got off to a poor start in the qualifiers, as they accumulated only 48 points in their 9 matches.

Hydra Esports, owned by popular gaming content creator Dynamo Gaming, had a good day 3 as they moved up 11 places to secure the 21st position. Revenant is on the verge of elimination as they have only accumulated 33 points and finished in 32nd place.

Skylightz, the BGIS 2021 champions, came out victorious in the first match of the day with 12 finishes. Orangutan secured second place with 10 finishes. Despite being eliminated earlier, Global Esports grabbed 14 kills.

OR Esports dominated on the Miramar map as they collected 35 points in which 20 came from kill points. Chemin and Team Xspark finished in second and third place with two and three kills, respectively. Team Soul secured 10 kills and 6 placement points.

With passive gameplay, Team Soul won the third match of the day and secured 6 kills. Godlike came in second place with 9 finishes. 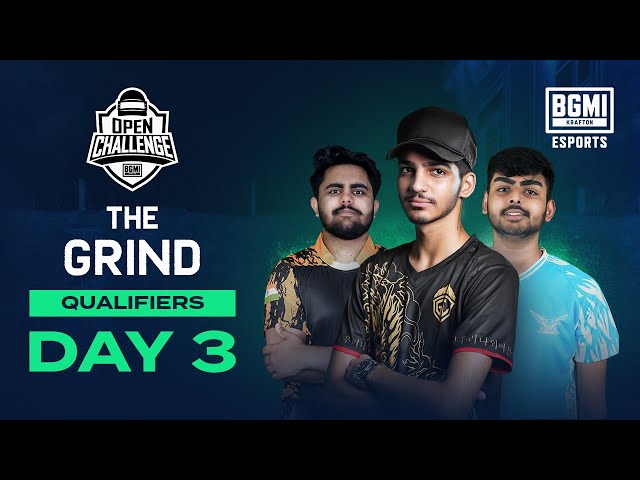 Securing 10 finishes, Orangutan clinched the fourth match. OR Esports and Hydra came in second and third place with 11 and 4 kills, respectively.

The fifth match was acquired by TSM with 18 kills. Nigma Galaxy fought till the very end but could not secure the first place. Ninja from TSM was the MVP of the match with 8 frags.