It has only been eight months since BGMI was released in India as the country’s own version of PUBG Mobile. However, within this short tenure, it has established itself as one of the leading Battle Royale titles in the gaming market.

Many players flock to their mobile phones to play the game daily and get their hands on the variety of cosmetics available in the game.

Krafton has always tried to cater to the needs of its users. Witnessing the high demand for in-game rewards, the developers of the game have introduced a dedicated Redemption Center for players that will help them obtain free outfits, skins, and several other items for free.

The website is developed following the norms of PUBG Mobile’s Redemption Center.

How can BGMI players get redeem codes and use them to get free rewards from the Redemption Center?

Redeem codes are scarce and can only be seen during official tournaments and events. The codes are shown on the live stream during these events and are limited in number.

Many apps claim to provide redeem codes. However, these codes are fake and do not work. Players must refrain themselves from using fraudulent apps that can even hack their BGMI IDs.

The Redemption Center can only be found on the official website of Battlegrounds Mobile India. Players can follow some easy steps to obtain the redeemable items and add them to their in-game inventory. 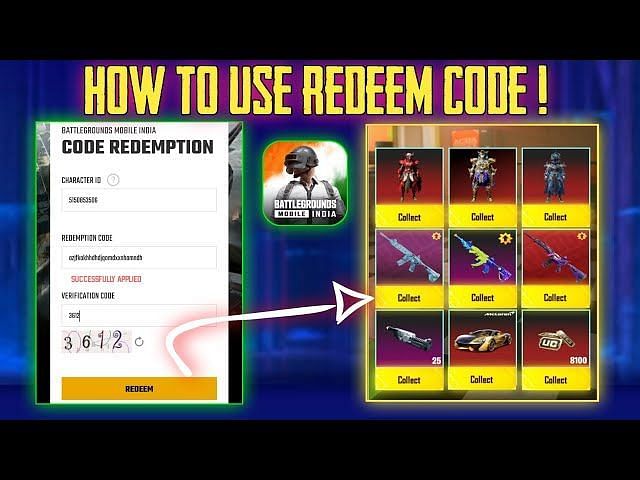 Here’s a look at the steps that they need to follow:

As mentioned earlier, the redeem codes have a limit. Therefore, BGMI players must act fast and use the redeem codes to get rewards for free. They will be shown an error message saying ‘Invalid Code’ or ‘Code has expired’ if they are late in using the code.

Although there are few codes available right now, players can expect the developers to release more redeem codes soon.

3 mistakes to avoid while camping the bridge in BGMI