BGMI India ban rumors explained: Is the game getting restricted?

BGMI was introduced in the Indian gaming market in July 2021 as the country’s variant of the popular battle royale game, PUBG Mobile. Since its release, Battlegrounds Mobile India has established itself as a leading mobile action game.

The game has accumulated a rating of 4.3 stars and has been downloaded over 50 million times on the Google Play Store, making it one of the most played games in the last eight months. However, these numbers have skyrocketed recently due to the ban on the rival game, Garena Free Fire, along with 53 other Chinese apps.

However, the ban on Free Fire has also witnessed various people demanding a ban on Battlegrounds Mobile India. An Assam-based NGO, PRAHAR, had filed a petition to MEITY (Ministry of Electronics and Information Technology) demanding a ban on BGMI, claiming it to be a threat to India’s security.

This has resulted in a rise in rumors within the gaming community that the BR title may face the same consequences as Free Fire and PUBG Mobile.

Government of India rejects all claims, stating that BGMI and PUBG Mobile are different apps

While some are demanding a ban on the game, the numbers are still not something to worry about. Neither the Government of India nor the developer has indicated a potential ban on Battlegrounds Mobile India, which is a relief to the fans, at least for the time being.

Moreover, in response to a PIL filed in the Telangana High Court by a lawyer, Anil Stevenson Jangam, who requested a ban on BGMI, MEITY responded strictly. 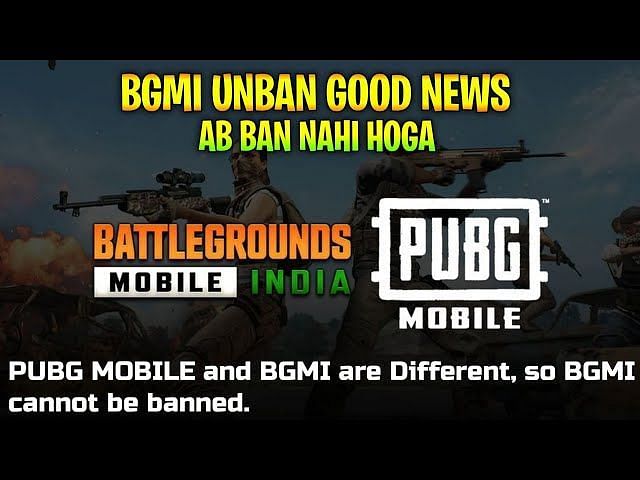 According to N Samaya Balan, a representative of MEITY, PUBG Mobile and Battlegrounds Mobile India are not the same application. Although they have similar features, several things make the two different.

The affidavit given by him stated that only the government could restrict computer resources.

Adding to this is the assurance given by Krafton when they assured players that they had obtained all necessary clearance from the Indian government for the game’s legal status.

Therefore, Battlegrounds Mobile India users can now play the game without any worries and focus on improving their gameplay.

How to get Rename Card and change name in BGMI