Developed by Krafton, BGMI has climbed through the ranks to become a big name in the Indian mobile gaming industry. Released in July, the game was introduced in India as the country’s version of PUBG Mobile.

As a result, Battlegrounds Mobile India has also witnessed periodic updates released by the developers to elevate the players’ gaming experience.

The February patch notes highlight the introduction of the mini 1.8.5 update in BGMI. Krafton took to Instagram and YouTube, releasing a video describing the update in detail.

What are the main features and changes added in the new February update in BGMI?

1) Introduction of the Jujutsu Kaisen mode

Based on the popular Japanese manga series Jujutsu Kaisen, the new mode has appeared in Battlegrounds Mobile India in the February update. The mode has arrived after the conclusion of the popular Spider-Man mode on February 14.

Jujutsu Kaisen characters can be seen treading on the battlegrounds of Erangel and Livik. Available in ranked matching, players can select the mode by tapping on the arrow button on the two maps. The four characters are seen on the spawn island, and gamers can talk to them before the match.

They can also search for Treasure boxes around the maps which will help them obtain decent loot. These boxes are also needed to complete the missions available in the cycle tab.

Furthermore, skull grenades can be used to summon the boss, defeating whom will also help in gathering more loot. 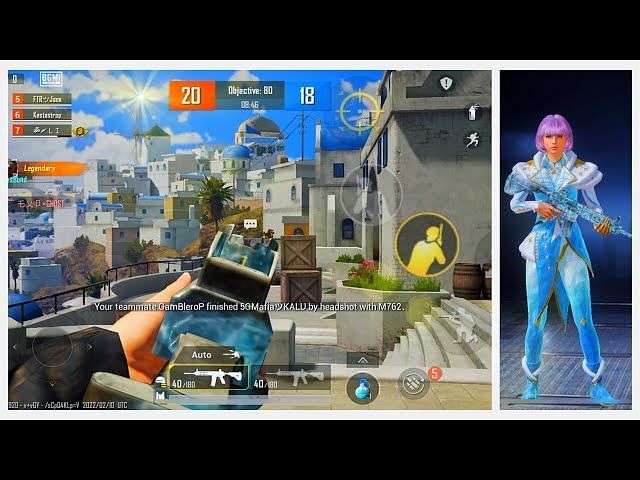 The new Santorini map has also made its way to BGMI in the latest February update. This is the first map to bring in the 8v8 fight scenario. Modeled on the Santorini islands of Greece, the map is available in Arena mode.

Players willing to play the Team Death Match (TDM) or Arena Training can join the map in either the Red Team or the Blue Team and fight till one of them reaches 80 points. 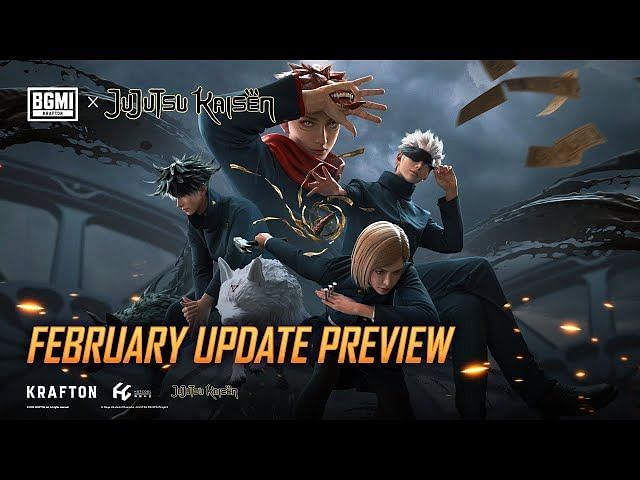 After a month, Jonathan’s voice pack is finally making its way out of the game. The update guarantees the launch of new voice packs. It is to be seen whether Snax’s or Kaztro’s voice packs arrive and create a buzz in the community.