The battle royale genre in the Indian gaming market has seen a renewed rise since the release of BGMI in July 2021. The game has a massive and loyal player base that is increasing daily.

Watching this rise in popularity, the developers of the title, Krafton, have incorporated the new Cycle system. An entire cycle is the culmination of different seasons in Battlegrounds Mobile India, bringing in the monthly Royale Pass.

As of March 2022, the ongoing Cycle 2 Season 4 is concluding, along with the Month 8 Bounty Legends theme Royale Pass. This will make way for a new RP month and a new season in the game.

The new Cycle system in Battlegrounds Mobile India has resulted in an accumulation of six seasons in a single Cycle. Since a season generally lasts for two months, a Cycle lasts for an entire calendar year.

The ongoing Cycle 2 Season 4 was introduced with the 1.8 update, beginning on 18 January. Furthermore, the conclusion of the Month 8 Royale Pass on 17 March will also see the C2S4 season complete its tenure of eight weeks.

The new C2S5 season will appear in BGMI on 18 March. 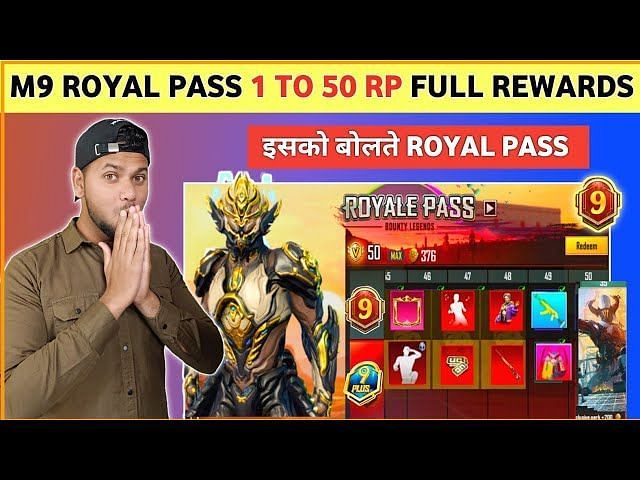 The introduction of Cycle 2 Season 5 will also witness the arrival of the Month 9 Royale Pass in Battlegrounds Mobile India. The Month 9 RP will be one of the major features of the upcoming major 1.9 update.

Popular beta testers and BGMI YouTubers known for releasing leaks of upcoming updates have done the same for M9 RP. Here’s a look at the different rewards expected to be included in the new Royale Pass.

Which mobile games do you play the most? Tell us by participating in a short survey here!

How to download Payal Gaming voice pack in BGMI