Krafton rolled out the latest 1.8 update in BGMI on January 14, which saw the introduction of new maps, new modes, and a lot more. However, the recent Cycle 2 Season 4 Month 7 Royale Pass was released on January 18. Since this is the first RP of the year, many people have already purchased the RP.

The C2S4 Month 7 Royale Pass is based on the Royale Guard theme and is available in both Elite Pass and Elite Pass Plus versions and is loaded with skins, outfits and essential in-game items.

The 1.8 update has followed the Cycle format of having two Royale Passes in a single season. Each RP lasts for a month. The current C2S4 Month 7 Royal Pass also has a tenure of 30 days, which is scheduled to end on February 17, at 5.30 AM IST (GST +0).

The Month 7 RP in BGMI is divided into four weeks, as each week has its weekly missions that players must complete to reach Level 50 and get their hands on the Desert Warrior Set and Cover.

Furthermore, players who have purchased RP for three successive months will obtain the EZ License Card, which will help them unlock the following week’s missions beforehand.

What are the different rank rewards available in Cycle 2 Season 4 Month 7 RP in BGMI? 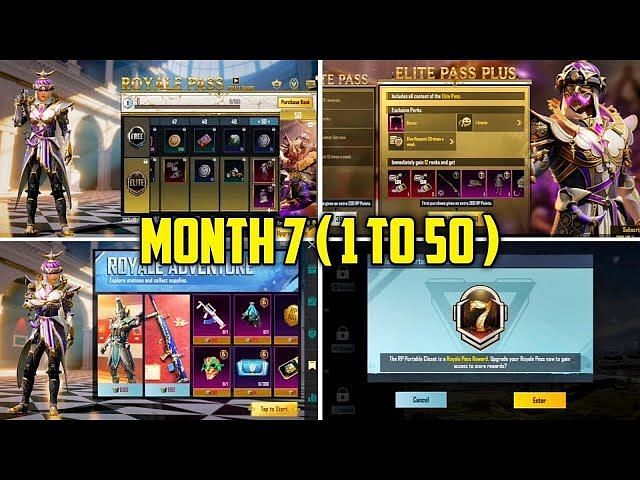 The ongoing Royale Pass contains several cosmetics that will enrich the players’ inventory. Here’s a look at the best rewards.