Battlegrounds Mobile India, i.e., BGMI, has a well-established community in India, and ever since its release, it has garnered incredible numbers. Furthermore, the Battle Royale title also has an active esports scene, with numerous tournaments being hosted pretty frequently.

The Esports roadmap for BGMI in 2022 was announced in February, with four major tournaments set to take place this year, possessing a total prize pool of 6 crore rupees.

The registration for the first one, i.e., BMOC, is all set to start in the coming few days, and here are further details.

Many questions have been about the eligibility to play BMOC. For those unaware, this semi-pro tournament for BGMI will be open to everyone over Level 25 and Platinum 5 tier.

Meanwhile, when talking about the structure, there will initially be 512 teams competing head-to-head, with 256 winners being qualified for Round 2. Subsequently, out of that, only 64 teams will make it to Round 3.

The winners of Round 3, i.e., the top 32 teams, will proceed to Round 4 of the qualifiers, where they will face 32 invited teams. The final 32 teams from that will advance to Season 1 of the Battlegrounds Mobile India Pro Series, where the winner will be receiving a grand prize of 75 lakhs. 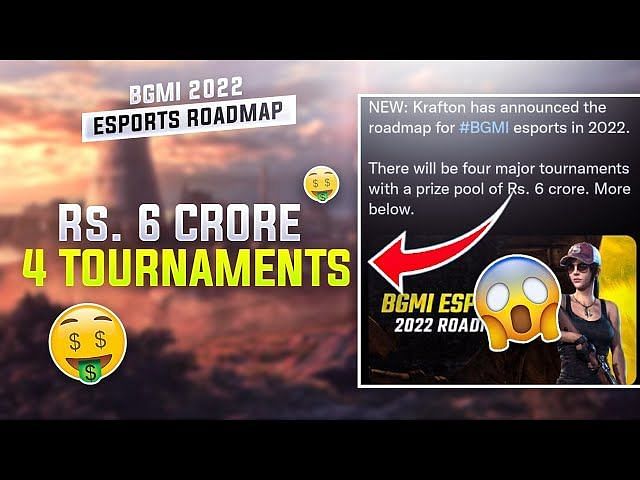 According to official reports, the tournament’s registration will occur between March 14 and 24, which means the registration period isn’t that far away. Users will most likely need to go to the relevant website and provide the necessary information to complete the procedure.

The in-game qualifications will be held following the completion of the registration. As a result, individuals interested in participating should be on a look for more details. It will be stimulating to see some new and emerging talents and teams emerge from this tournament.