An Apple Watch Ultra user has modified their new device’s casing to add a brushed finish and remove the orange color of the Action Button in an effort to make it more visually appealing.

The ‌Apple Watch Ultra‌ offers the first complete redesign of the Apple Watch since the product line’s announcement in 2014, and while the design has been met with praise from many users, some have criticized the size of the device and its bold new look. In a thread on the MacRumors forums, user “perezr10” gave their take on the ‌Apple Watch Ultra‌’s design:

First, I think there is nothing wrong with the way the Ultra looks for its intended market. Rugged sport watches should look like this. And they pretty much all do. The things I dislike about the Ultra have practical reasons for being. I used to wear a humongous Garmin sport watch for running.

BUT… I was never wanting to wear my Garmin to work or out on a date. And I don’t think I’ll ever want to wear this Ultra whenever I’m dressing up either.

There are five things I hate about the design when I consider wearing it as a normal everyday watch. The “tallness,” the hunchback which is the crown guard, the holes everywhere, the orange button, and the finish which looked like Starlight aluminum. There is nothing that can be done about the first three but the last two are solvable.

The user then proceeded to give the ‌Apple Watch Ultra‌’s entire titanium casing a brushed finish using a coarse abrasive finishing buff, moving away from the uniform sandblasted effect of the original device. 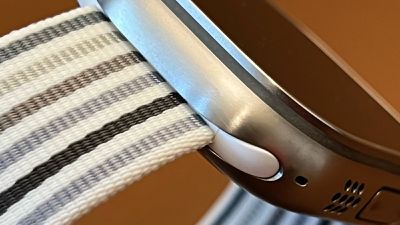 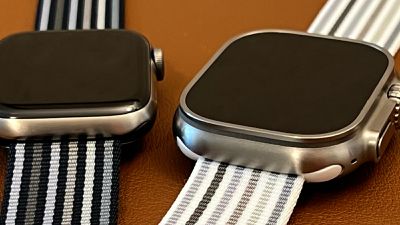 “It may not be to everyone’s liking, but I gotta say, I’m really liking my Ultra more after this. I still won’t ever wear it with a suit, but I’m more likely now to use it when going out and about in town in jeans,” perezr10 added.