7 foldable phone problems that haven’t been fixed yet

Foldable phones are gaining momentum since they were first introduced globally in 2019, and we’ve also seen these devices bring notable improvements over the years. These strides include tougher folding screens, reduced display creases, and more robust software.

However, it’s clear there are still several major foldable phone problems that still need to be addressed. Here are some of the more prominent hurdles for future foldables to overcome. 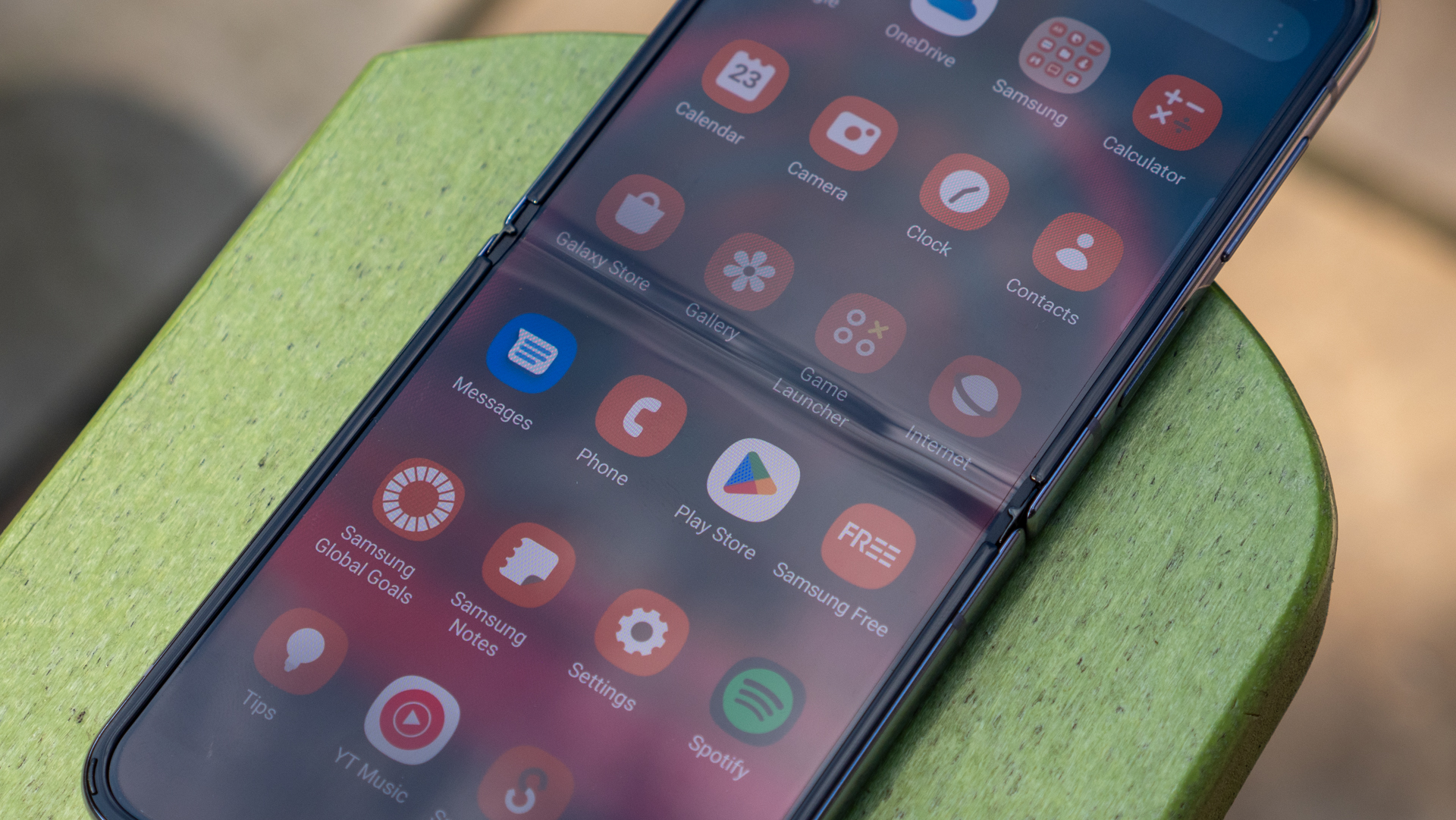 One notable problem that foldable phones still haven’t completely addressed is the presence of a crease on the display. This is particularly prominent on Samsung’s foldables, and you can see and feel the crease on both the Galaxy Z Fold 4 and Galaxy Z Flip 4.

The display crease is still an issue on the most prominent foldable phones.

It’s also worth noting that rival foldable phone manufacturers like Oppo, Honor, and Huawei have also tried to address this issue with varying degrees of success. We thought the Huawei Mate X2 in particular delivered a crease that was “barely noticeable.” Meanwhile, the Oppo Find N only has two slight creases rather than one sizeable gutter. However, these reduced creases seemingly came at the expense of water resistance ratings — not an easy trade-off.

Needless to say, it’s clear that progress is being made in this regard. But we’re definitely holding out for a crease-free future across all foldables. Samsung leads the pack when it comes to IP ratings on foldable phones, offering an IPX8 rating for full-blown water resistance. No other foldable phone is able to boast a water-resistant design. However, the “X” in “IPX8” means the foldables aren’t rated for dust resistance at all.

Related: Everything you need to know about IP and ATM ratings

This is something we really want to see addressed in future foldable phones. We can appreciate the technical challenge that a dust-resistant foldable represents though, given the sheer number of moving parts involved in this form factor. For example, today’s hinges and display creases still leave room for dust and other debris to get in. So we’d expect these areas to be tackled first if full dust-resistance is to be achieved. 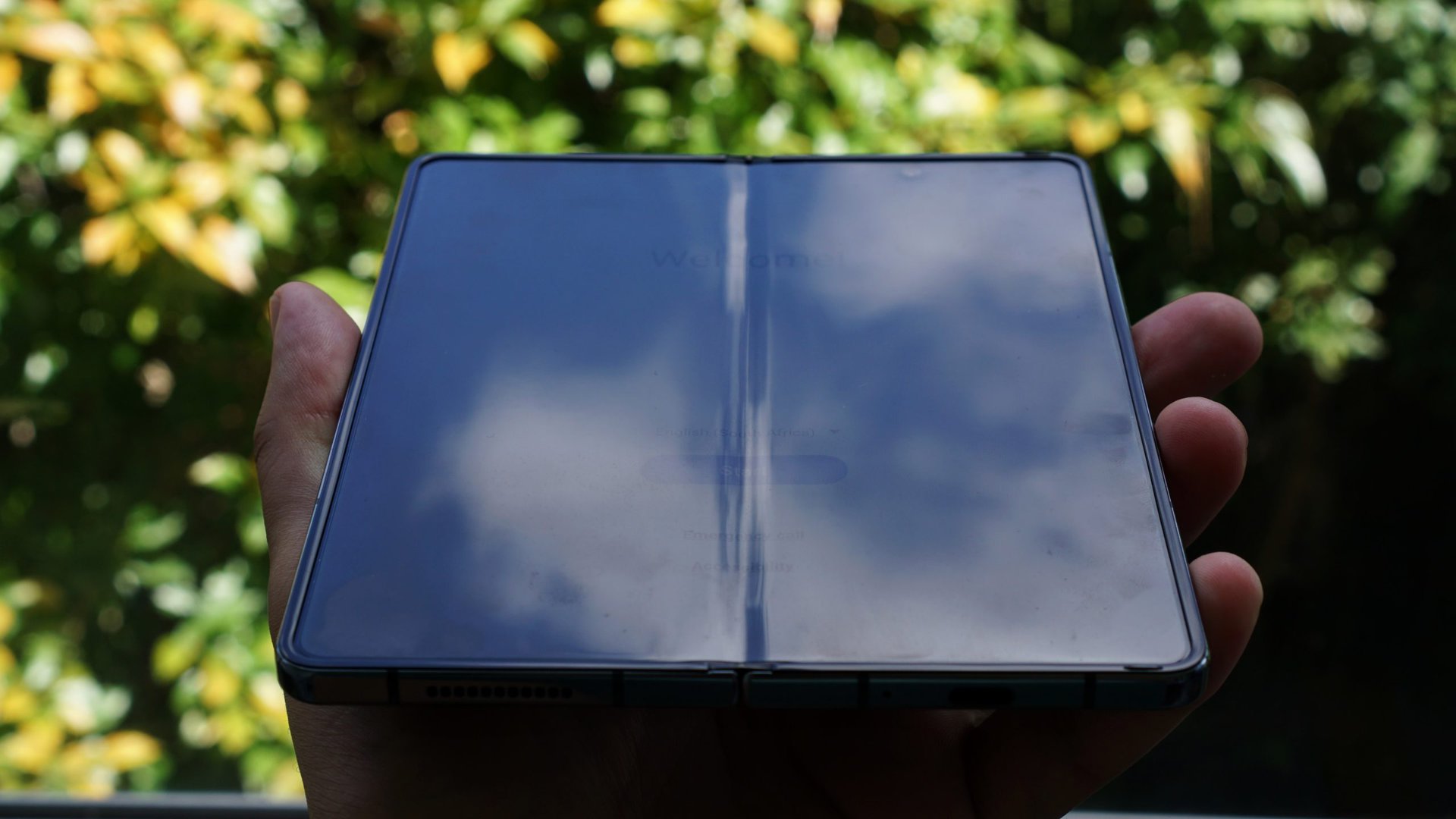 Folding screens have become increasingly tougher over the years, with ultra-thin glass (UTG) being available on several models these days. Samsung even offers S Pen support on the Galaxy Z Fold series, serving as a testament of sorts to the screen’s toughness. However, there’s no denying that many folding screens still look and feel cheap.

A foldable glass screen is probably too much to ask for, but reduced glare and increased toughness would help.

Glare is still a problem on some foldables, such as the Galaxy Z Fold 4. Although to be fair, some devices like the Vivo X Fold Plus offer an anti-glare coating to alleviate this issue. Perhaps the far bigger issue is that folding screens still feel like plastic, because that’s exactly what they are. Samsung’s foldables even warn you not to press on the screen with your nail, something you wouldn’t have to think twice about on a traditional smartphone.

A full-blown foldable glass screen would likely go a long way to addressing this problem. For what it’s worth, Gorilla Glass maker Corning is working on ultra-thin foldable glass too, dubbed Willow Glass. But there’s no ETA on this just yet and it’s unclear if manufacturers will still slap a plastic layer on top of it as we see with UTG right now. Software is an integral part of the foldable phone experience, and Google has done a good job with Android 12L. We’ve also seen great work from Samsung in this regard. However, app support is still an issue on foldable phones today.

We still see some apps that don’t actually support popular large screen foldables like the Galaxy Z Fold series. Instagram is the most notable example of this (seen above), as it still offers what is essentially a smartphone-style window when viewing it on the Fold’s large screen. Instagram’s case is especially disappointing given the sheer amount of resources on tap at its parent company.

Related: Android 12L — Everything you need to know about Google’s OS for large screens

Instagram isn’t the only case though, as Amazon isn’t optimized for the foldable screen either, offering a windowed view on the larger panel. Fellow AA writer John Callaham also notes that his Wells Fargo banking app doesn’t work properly on the Galaxy Z Fold 3, not allowing him to use the fingerprint scanner to log in when using the folding display. Either way, it’s clear that app developers still need to step up after all this time.

These aren’t the only examples of shoddy app support, as some apps don’t play nicely when it comes to multi-window support or Samsung’s Flex Mode either. But hopefully Android 12L and future Android versions open the door for improved support. 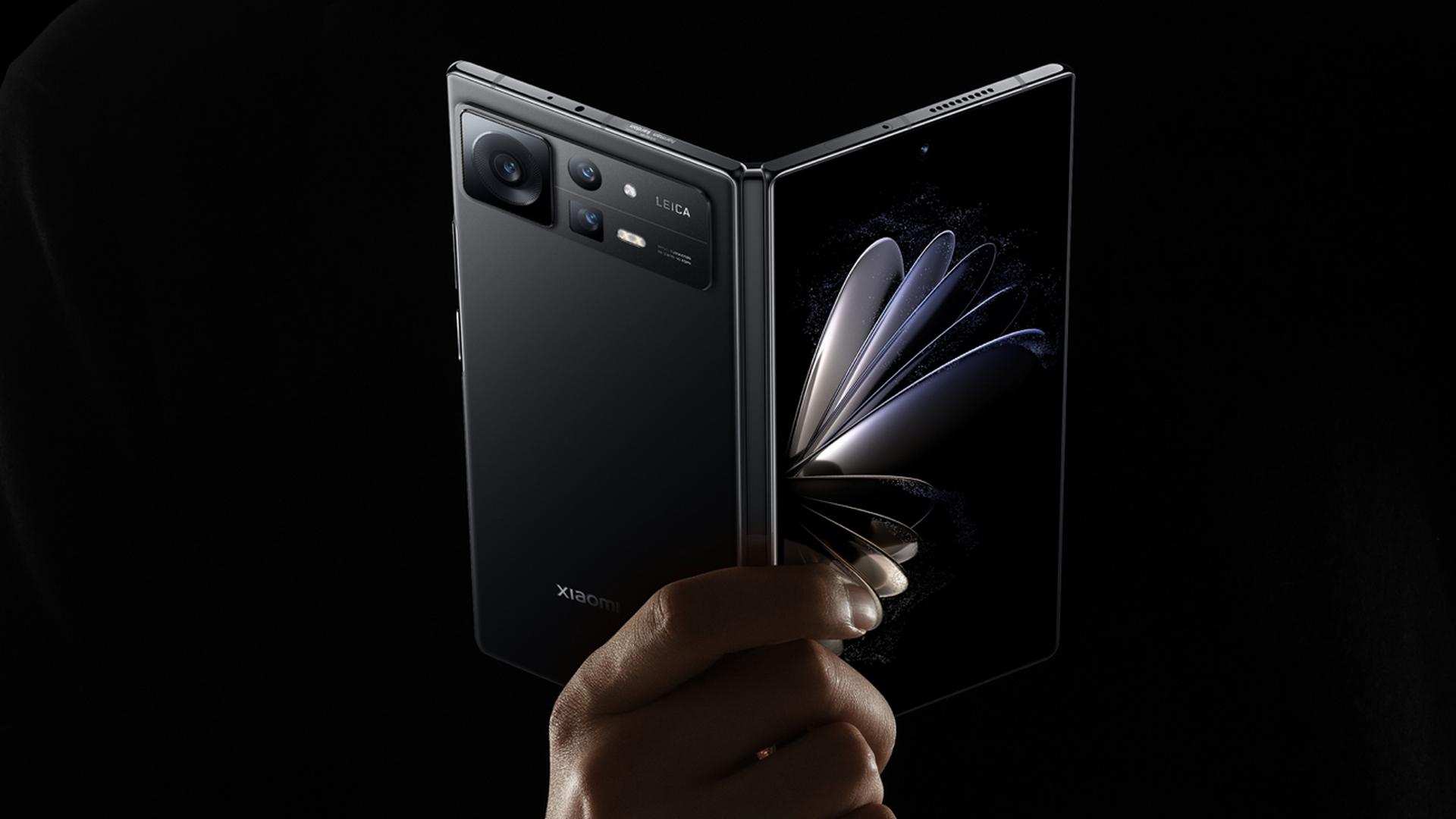 Another area that’s seen cutbacks due to the form factor is in the overall spec sheet. Most foldable phones on the market make a few compromises for technical reasons.

It seems like most foldable phones make spec cutbacks of some kind due to the form factor.

We can understand why we see some of these compromises though. A phone like the Galaxy Z Fold series has a narrower form factor due to the narrow smartphone screen. Many foldables are also somewhat thinner when unfolded compared to typical smartphones. Toss in a complex hinge and there really isn’t much space for big batteries, large camera sensors, and other goodies. In fact, we already see several foldables offering dual battery designs to make the most of the form factor.

It won’t happen overnight, but we really want to see smartphone brands make fewer compromises in the name of the foldable form factor. We might have to wait for new technologies like smaller lenses and new battery solutions if we truly want a no-compromise device. Alternatively, you might just have to deal with thicker foldables. Nevertheless, this is especially disappointing in light of the asking price for these devices. 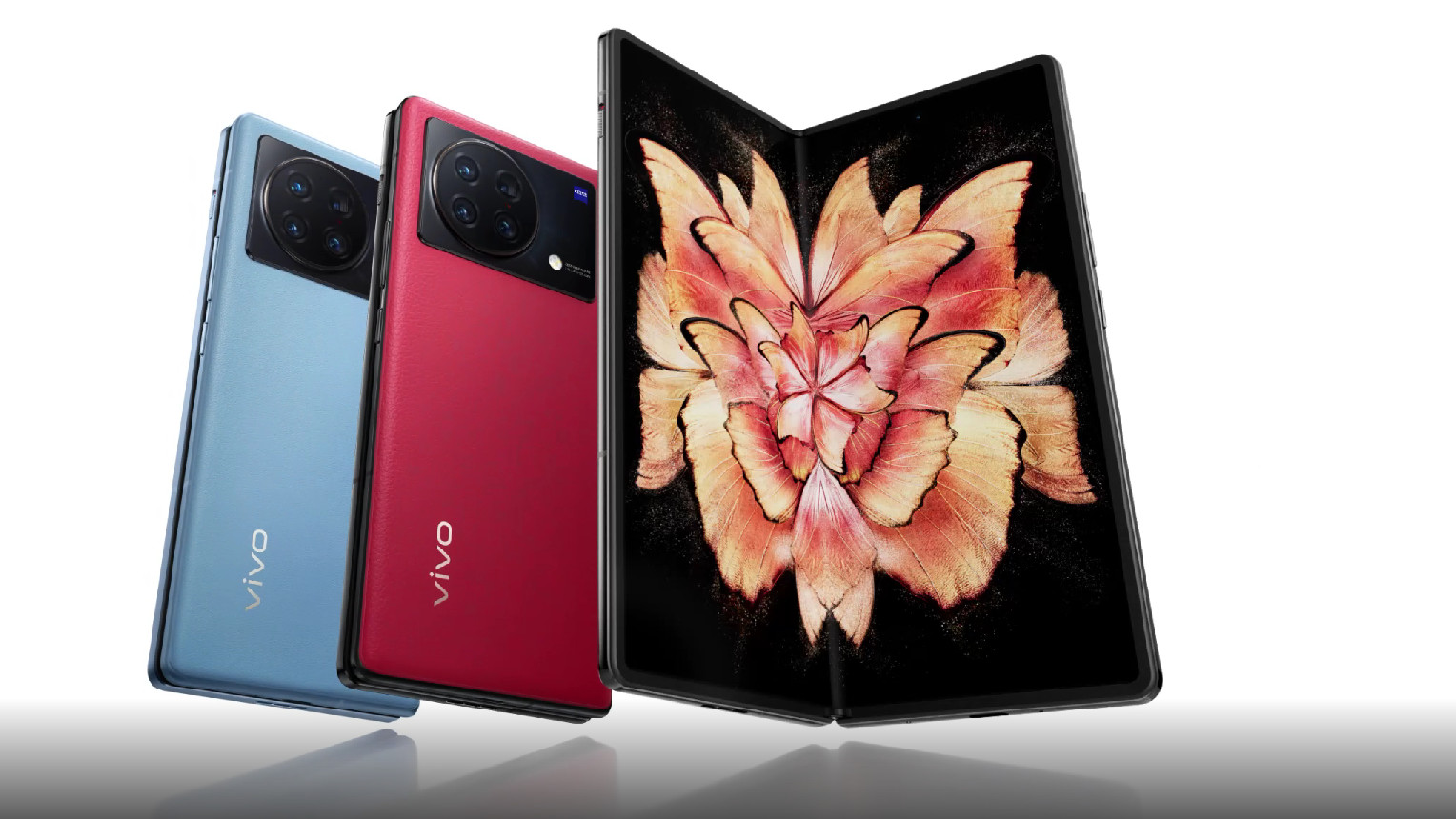 What if you want a Xiaomi, Honor, Oppo, or Vivo foldable instead? Well, tough luck, as these devices are only available in China and you’ll therefore need to import them. It’s a massive shame, as some of these devices look like really compelling alternatives to Galaxy foldables.

We hope this changes in 2023 as these players get to grips with foldable phone development and supply chain challenges. But we really don’t want to see another year of Samsung effectively being the default option. 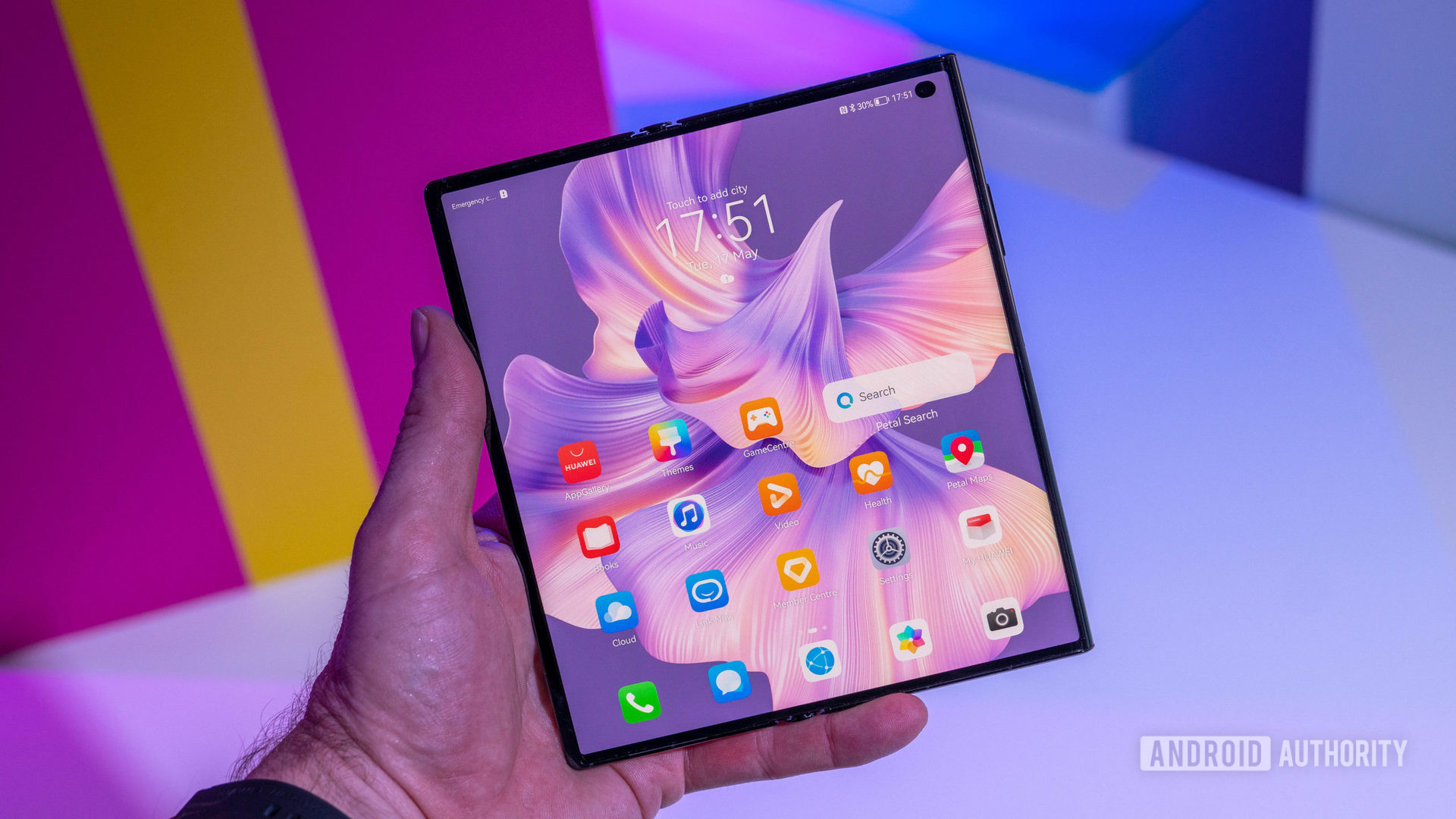 Perhaps the biggest challenge facing foldable phones is that most of them are exceptionally expensive. Case in point? The Galaxy Z Fold 4, which starts at $1,799. By comparison, the conventional but better-equipped Galaxy S22 Ultra starts at $1,200.

The Huawei Mate XS 2 ups the ante even more, setting you back €1,999 (~$1,984). This is a crazy price to pay, particularly in light of the foldable lacking Google support.

Clamshell foldables are more reasonably priced, but Fold-style devices are another story altogether.

That’s not to say that there aren’t cheaper foldables out there, as the Galaxy Z Flip 4 in particular costs a more reasonable $999. That’s still pricey compared to the average selling price of a smartphone, but it’s in line with typical flagships today. Nevertheless, we can’t wait for foldable phones with mid-range pricing.

The big question is how exactly do we get to mid-range pricing for foldables? Well, some of the more obvious compromises involve the chipset, RAM, storage, IP rating, and battery capacity. So we wouldn’t be surprised if a theoretical Galaxy A Flip comes with an Exynos 1280 or Snapdragon 7 Gen 1 SoC, 6GB of RAM, 128GB of storage, and splash resistance at best.

We’d also expect companies to switch to cheaper foldable screens from the likes of Chinese players like BOE. In fact, the Honor Magic V already uses a BOE folding panel. Finally, we wouldn’t put it past some players to use early-generation folding screens for their first mid-range foldables or cut back on features like UTG layers.