Guns play a major role in any fight in BGMI. Since the game is based on the battle royale genre, killing enemies is a core gameplay element. Therefore, choosing the best gun combinations according to the map and playstyle becomes crucial.

Players playing on Miramar must respect the map’s geography and choose weapons accordingly. Here’s a guide to choosing the best firearm combinations in Miramar.

What are the best gun combinations that BGMI players can use in Miramar?

The M416 and AKM combo is among the iconic gun combinations in the game. While the M416 provides stability and increases the accuracy of sprays, the AKM is known for its robust damage inflicting capacity. Since both guns are easily available around Miramar, the combination is easy to equip and play with.

The combination of the M416 and Kar98K is widely popular amongst players of Battlegrounds Mobile India. Players can use the combination to engage in fights at different ranges in Miramar.

The combination has proved to be effective previously, and it will continue to do so in 2022 as the Kar98K as a sniper compliments the M416, which is an Assault Rifle.

The Beryl M762 and UMP 45 is a deadly combination. Many BGMI streamers and pro players who play matches in Miramar use the gun combination effectively.

Ocean Sharma says the “UMP is broken,” referring to the gun’s devastating damage dealing power. To compliment the UMP 45’s high damage, players can also carry a Scar-L, which is known for its high headshot percentage.

Both the Groza and AWM are exclusive airdrop weapons. While the Groza is a close-range beast, the AWM is the most powerful gun in the entire game and can knock down any enemy with a single headshot. With the Groza and AWM, players can easily take down opponents in Miramar. 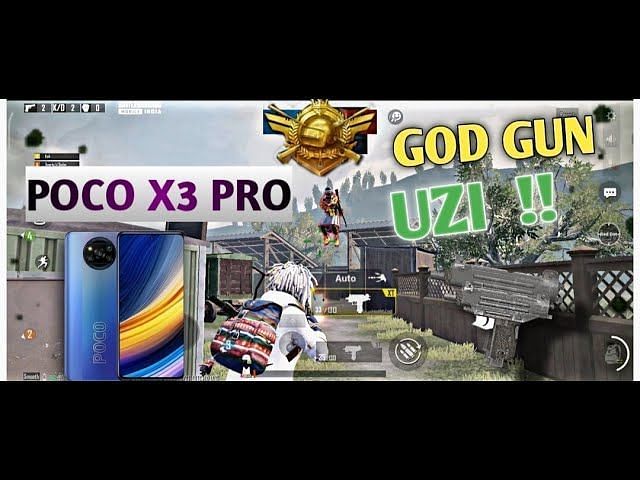 The combination of the Micro Uzi and M24 is mostly used by BGMI rank pushers in Miramar, who either engage in close-range or long-range fights. While the M24 is a single-shot sniper and can knock down an enemy wearing a Level 2 helmet with one headshot, the Micro Uzi’s explosive burst fire rate makes it a deadly SMG to use at close-range.

Can GFX tools get you banned in BGMI?