4 BGMI tips to get more kills in early game

Fights are an important part of battle royale games like BGMI. In order to survive, players must engage in fights and eliminate opponents in the process. The rise in the game’s popularity has seen several players choosing to take fights early in the game so that their F/D Ratio improves considerably.

While early clashes are not recommended for beginners, players do look out for these as a challenge. However, they must know the best tips to get more kills and avoid early elimination from the matches. Here is a guide to how players can survive and get more kills in the early stages of the game.

Hot drops refer to the locations on the classic Battle Royale mode map that witness a lot of players dropping into the area to obtain the best loot.

Although this is a risky maneuver, it can help the players pick up more kills in the process. They must land the fastest in hot drop situations and get hold of a gun to take down enemies who are still unarmed.

2) Stick with the squad

BGMI players often die right at the start when they overcome by greed for the best loot. In search of kills, players are often seen wandering alone which results in them getting killed and taking an early exit from the match.

Sticking with the squad will not only help players getting revived after being knocked down, it will also result in them picking up more kills.

3) Use TPP and height advantage 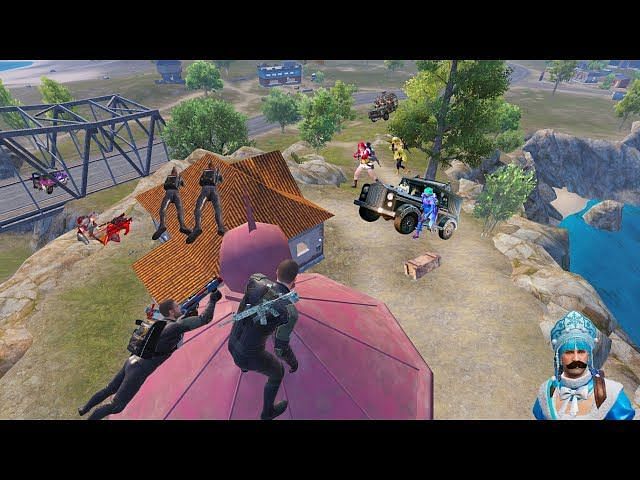 The Third Person Perspective (TPP) mode is the most popular mode in Battlegrounds Mobile India. Players can use the TPP in matches to knock down and kill rushing enemies. In early-game fights, players often forget to take the TPP, which can otherwise help them get an advantage in such situations.

Moreover, BGMI players can also search and climb to the highest buildings or structures available to eliminate opponents lurking in the city below them. Both of these strategies will help the players obtain more kills.

Bots are considered free kills in BGMI. Players in search of kills in the initial stages of the matches can keep an eye out for bots that appear in vicinities where players are already engaged in a fight. Since they do not inflict much damage, bots are easy to finish and increase the kill count.