BGMI was released in July 2021 as the Indian version of the famous Battle Royale game: PUBG Mobile. Since both versions have the same maps, players from the Indian region found themselves on familiar grounds playing Battlegrounds Mobile India.

Although several modes are available, players of both versions prefer to play the classic Battle Royale matches.

Erangel is considered the main map in the game. Upon installation, it is the only downloaded map that appears in the game. Moreover, it was also the first map for players to play. As a result, players prefer playing this map and landing in popular areas like Georgopol city.

With many players dropping into Georgopol City due to its vast area, they must know how to engage and win in fights in the vicinity.

How can BGMI and PUBG Mobile players win fights in Georgopol city easily?

1) Land in the apartments and try to hold them

The three apartments present in Georgopol City act as the highest position in the vicinity and hence, provide the players with a height advantage which they can use effectively to knock down enemies present in the small houses.

However, the apartments are amongst the most contested buildings in the area, and therefore, players must have good gun skills to take down enemies and hold the buildings.

2) Use utilities to win fights

The rise of PUBG Mobile and BGMI esports has popularized utilities in fights as they can change the course of any fight within a few seconds. Since Georgopol city is a highly congested area containing many buildings and compounds, players using utilities can win more battles in the area than others.

Proper use of Molotov Cocktails and Frag grenades can restrict and suppress enemies within buildings, even knocking them out in the process. Moreover, proper use of smoke grenades can help players move from one compound to another without getting shot from afar.

3) Use SMGs for compound and apartment fights 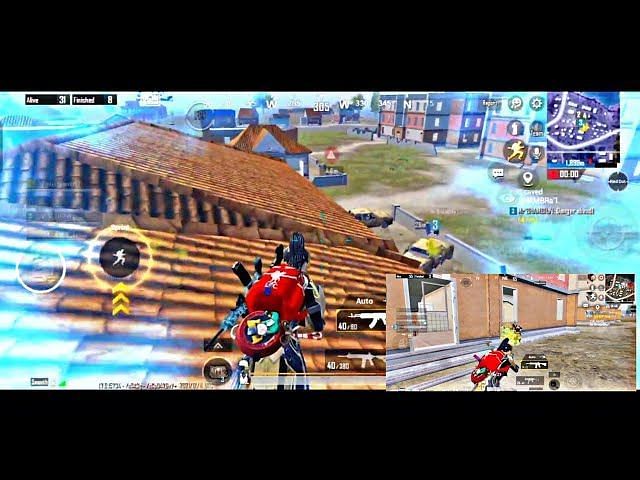 SMGs are incorporated into BGMI and PUBG Mobile for close-range fights. Georgopol City witnesses a lot of close-range combat due to many players dropping into the area. Furthermore, the vicinity contains a decent number of SMGs for players to pick up and use.

These guns can prove deadly in apartment fights, helping players take down enemies and wipe out squads easily.