3 best tips to use Spider-Man's abilities in BGMI

The crowd favorite Spider-Man mode has finally arrived in BGMI with the introduction of the latest 1.8 update. The Spider-Man mode has appeared in the game as a result of the game’s major collaboration with Marvel’s Spider-Man franchise. The mode celebrates the release of Spider-Man: No Way Home in theaters worldwide.

Players can log into the game and select the special mode available on the maps of Erangel and Livik. The mode begins with Spider-Man swinging from the plane. However, upon landing, players get the opportunity to use Spider-Man’s special abilities that will help them in the classic matches considerably.

What are the best tips to use Spider-Man’s abilities in BGMI?

Players can head over to different locations on the map and get hold of web-shooters that will enable them to use the special ability of quickly transporting from one place to another. Web-shooters also help in climbing on top of trees or buildings that act as a great advantage during fights.

Players can easily knock down enemies using the height advantage or by changing location rapidly with the help of web-shooters. However, players can only use web-shooters within a range of 30 meters.

2) Use web-shooters to cross the bridge

The method of bridge camp has been prevalent in BGMI since its inception, and it becomes tough to break a properly executed bridge camp. However, players can use web-shooters to break the bridge camp in the new Spider-Man mode. 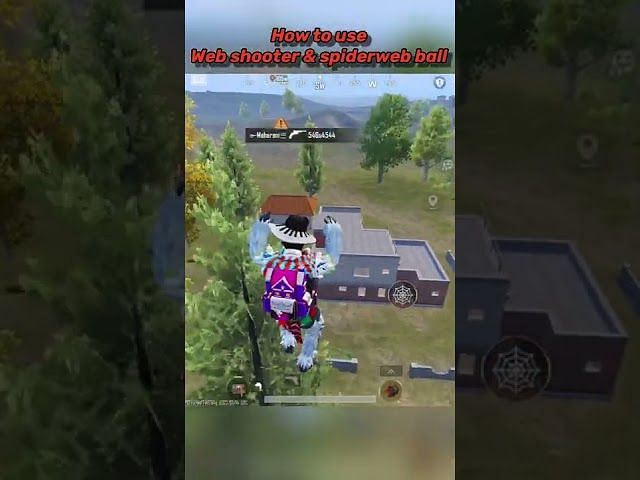 Players in BGMI have a tendency to be prone in the end circles on Erangel and Livik. Players who possess spiderweb balls can throw them at prone enemies to restrict their movement and take them down easily.

Note: This article is subjective and reflects the author’s views.